Uskudar University will tell the World about its study of "Computational Psychiatry" at the request of the APA... 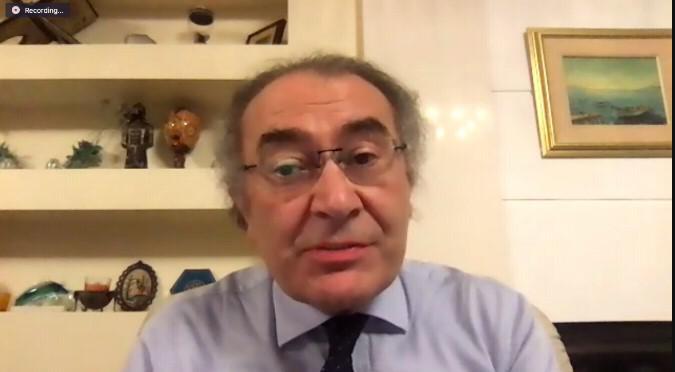 Uskudar University and NPIstanbul Brain Hospital achieved a significant success this year at the American Psychiatric Association Congress, which he attends regularly every year. The presentations of Uskudar University and NPIstanbul Brain Hospital academicians in the field of 'Computational Psychiatry and Future Perspectives' under the chairmanship of psychiatrist Prof. Dr. Nevzat Tarhan were selected as one of the 12 best virtual course content among the presentations made by thousands of scientists from all over the world. Panel presentations titled "Computational Psychiatry & Future Perspectives" are set as courses at APA 2021, with the official survey, to be explained to all members, as one of 12 topics and will be published on the web page.

Uskudar University will teach one of the 12 courses at the 2021 APA...

The annual APA (American Psychiatric Association) Congress organized by the American Psychiatric Association was held online as part of the pandemic measures from April 25 to 29, 2020 this year. Uskudar University and NPIstanbul Brain Hospital participated in the congress, which discussed the latest developments in diagnosis and treatment, under the chairmanship of Founding President Prof. Dr. Nevzat Tarhan. The Congress of important scientists in neurology, psychiatry, and psychopharmacology around the world had held presentations on the following headers;

APA asked for and Uskudar University will tell the world of "Computational Psychiatry" work...

The presentation, in which computational psychiatry is explained and future perspectives are presented, is followed with interest by scientists from many territories of the world, while it has been selected as one of the 12 best virtual course content to be published in APA 2021. Prof. Dr. Nevzat Tarhan stated that there were 3 reasons for success and listed these reasons as follows:

“- The subject we have chosen is Computational Psychiatry, the mathematization of abstract subjects, and our effort to carry an innovation such as NeuroQuantology into the daily psychiatric practice, is a sign that we are pioneering the spirit of the present era. The thesis is that the universe is digital-based and the importance of the Big-Data will change a lot of things.

- Elon Musk is doing BCI. He’s trying to manage animals with keys. We are trying to make this together in three disciplines and put the entropy on behalf of the engineering concept. We synthesize information and neuropsychiatry for this aim.

Assoc. Prof. Dr. Turker Tekin Erguzel, Head of Software Engineering at Uskudar University, who made evaluations on the subject, said that scientific studies in the world are centered in the fields of brain research. Erguzel made the following assessments: 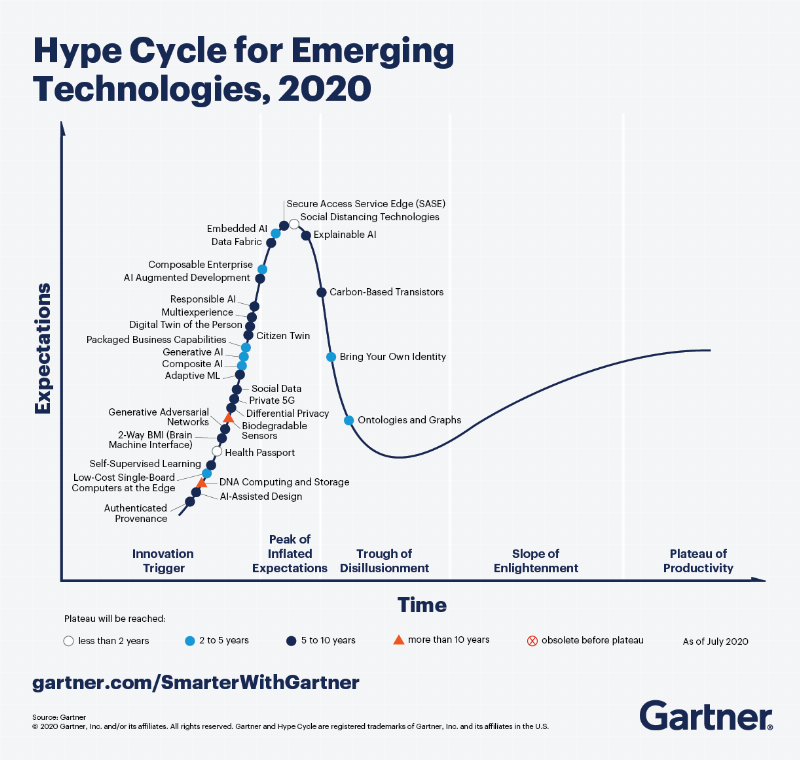 “As it can be seen from the Gartner Research Company's curve of featured technologies for 2020, technologies concentrated between the brain and the big data are high-impact fields of the study, that receive investment in the world. Our university will also work together with international researchers in these areas, which coincide with the R & D Centres, which will pave the way for similar achievements.

With the contribution of healthy and accurate academic up-building and cooperation of our hospital and university, it is the result of the vision of our scholar Prof. Dr. Nevzat Tarhan firstly by including many researchers in scientific conferences of international organizations/communities like;

- Society for Brain Mapping and Therapeutics (SBMT), and

- American Psychiatric Association (APA) is conducting brain research studies to provide academic development. Prof. Dr. Nevzat Tarhan's inspiring researcher breeding, study, and production passion in the US were also deemed worth for an award in the US. Prof. Dr. Nevzat Tarhan was awarded the Golden Axon Leadership Award to Nobel Laureate Eric Kandel in 2018 for his roles in raising awareness of foundation and foundation mission through strategic programs, global collaborations, and partnerships in the field of brain research. 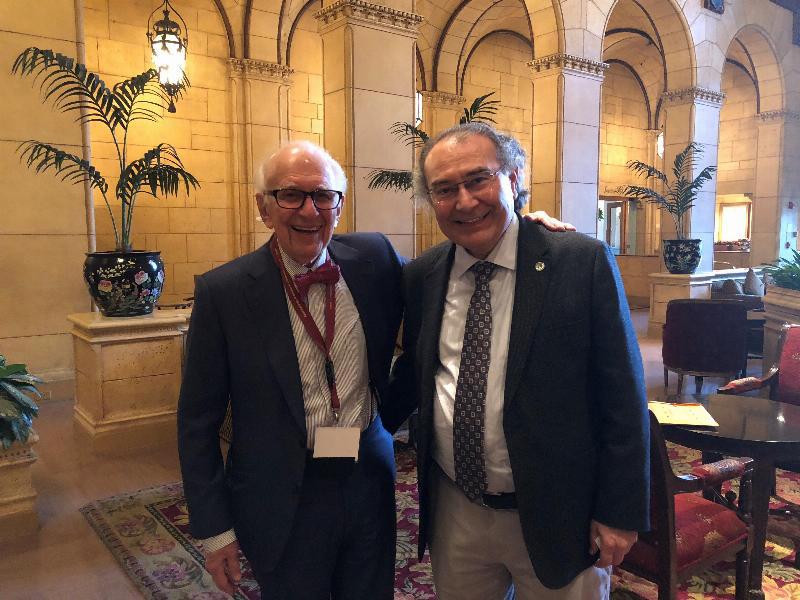 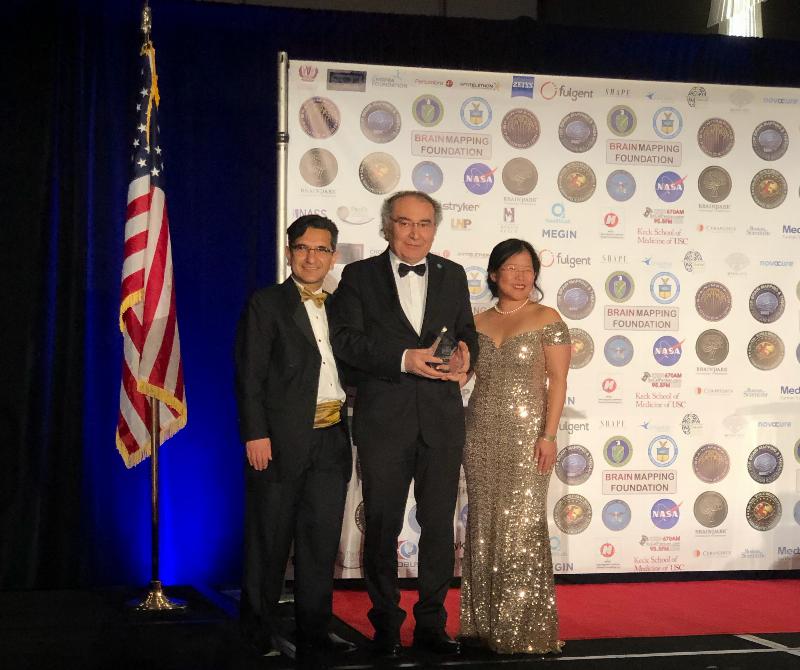 Uskudar University and NPISTANBUL Brain Hospital are in the International Brain Research Consortium...

While Uskudar University attracted attention with its work in this field, the World's leading universities signed a scientific cooperation agreement with its application-science partner NPISTANBUL Brain Hospital in November 2020 with the International Brain Research Consortium (IBRC). The consortium includes Stanford University in the United States, the Icahn School of Medicine (New York,) the University of Ottawa in Canada, and the University of Tehran in Iran. 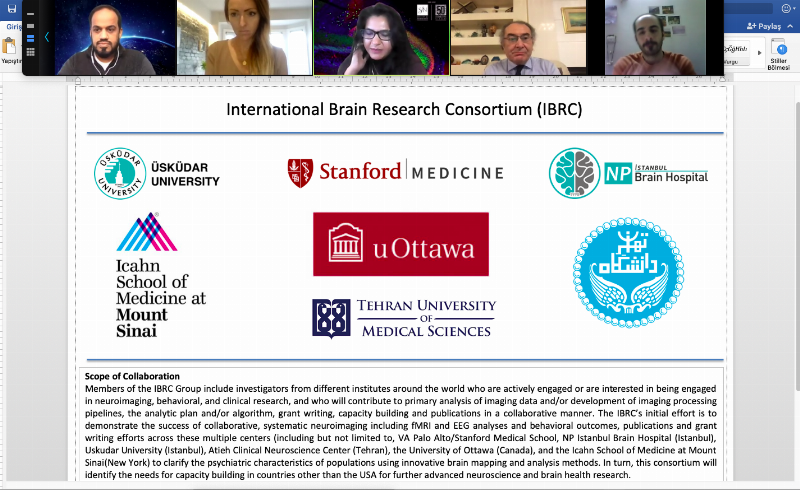