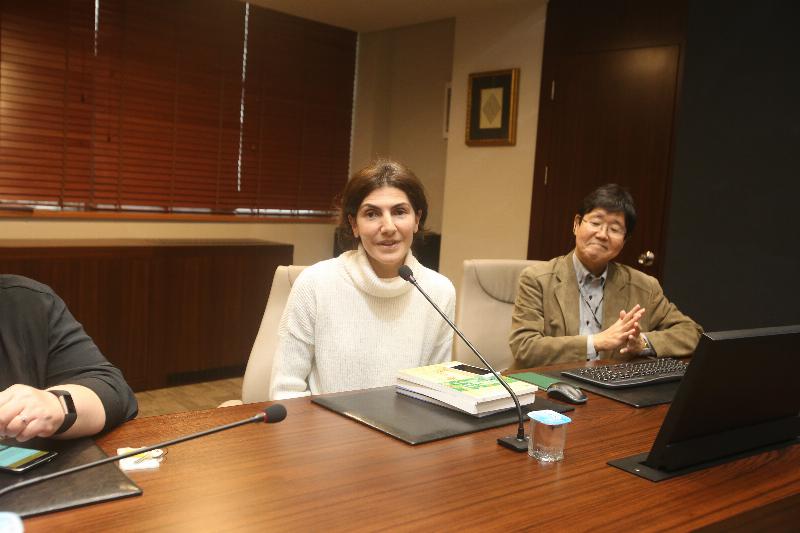 The first two academic institutions in the field of Sufism

Institute for Sufi Studies Director Prof. Elif Erhan introduced Prof. Tonaga in the meeting with the following statement: “Our institute and the center at Kyoto University are the first two academic institutions in the world established to work in the field of Sufism. Our Institute has embraced the works done on Islamic Sufism in Japan throughout the last century and has brought the interest of the students educated by Prof. Tonaga to Ottoman Sufi texts. Prof. Tonaga and his team have presented a map of Sufi research in Japan comprised of a bibliography of approximately 1000 entries as part of the previous project. Through this bibliography, many studies have been brought into the literature in English, which touch on various topics ranging from theoretical issues such as Sufi thought to the social anthropological aspects of Islamic cultural geography with Sufi content, and from Sufism to art and architecture.

The proceedings of the two symposiums held within the scope of the project are a comprehensive work that brings together deep insights into the methodology of Islamic studies and Sufism. We congratulate Prof. Tonaga for his efforts in educating the first generation of Japanese academicians studying “Ottoman Sufi texts” and thank him for his unique efforts in creating such a lasting and sustainable work among our institutions.” 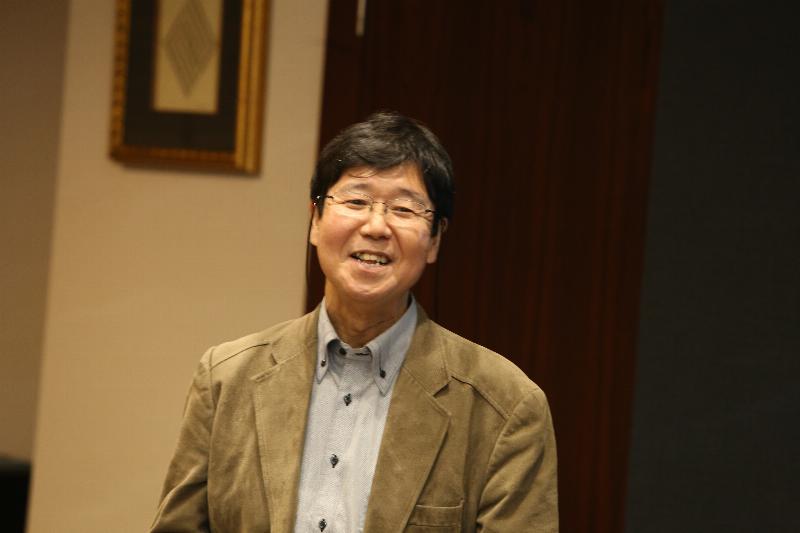 A presentation on research related to Sufism was held in Japan

Prof. Tonaga began his presentation by talking about Sufi Studies in Japan and continued by speaking about the theoretical issues of Sufism.

After explaining the concept of fana (annihilation) in Sufism, Prof. Tonaga introduced Davud al-Kaysari, the chief director of Iznik Madrasah (regarded as the first university of the Ottoman Empire), and Molla Fanari, the first sheikh al-Islam of the Ottomans, as the first representatives of the Ibn Arabi school in the Ottoman Empire, and spoke about the importance of Davud al-Kaysari’s commentary on Ibn Arabi’s Fusus al-Hikam. Emphasizing Abdullah Bosnevi as one of the 17th century representatives of the tradition of Ottoman commentary, Prof. Tonaga added that of the 70 works by Bosnevi, 26 of them were on Sufism and that 23-25 were Qur'anic commentaries. Prof. Tonaga used various examples from Bosnevi’s work on “taking off one’s shoes” and provided some of the Sufi explanations found in the work: “God Almighty commanded Moses to ‘take off his shoes!’. At that time, Moses was at the holy valley of Tuva. God told him, ‘I am your Lord.’  The two shoes of Moses here mean the world and the hereafter according to the Sufis.” Prof. Tonaga then continued with the traces of the concept of fana in Sufism during his speech.

Prof. Tonaga mentioned at the beginning of his speech that Toshihiko Izutsu, a Japanese scholar and philosopher, influenced him towards the study of Islamic Sufism. He answered questions by making comparisons between ancient Eastern religions and Islamic Sufism. 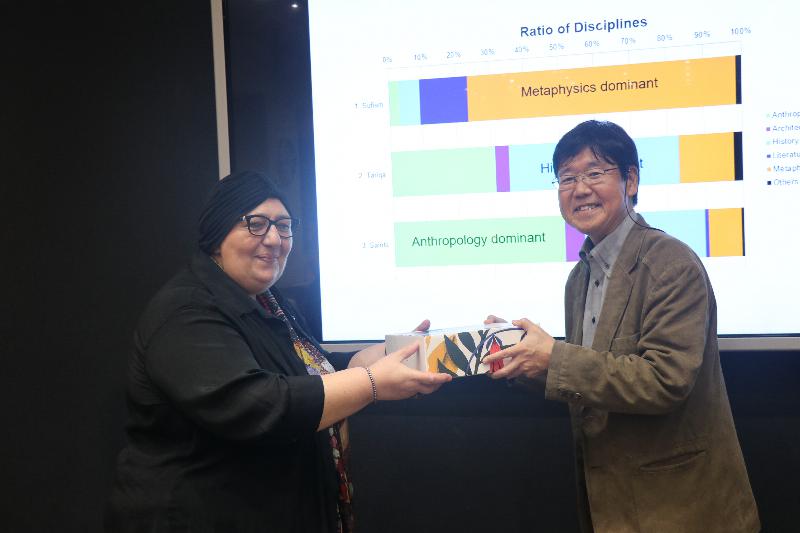 At the end of the meeting, Institute for Sufi Studies Vice Director Prof. Emine Yeniterzi presented a prayer rug with examples of classical Islamic arts as a gift; commemorative photos were then taken with attendees.