Üsküdar University President Prof. Nevzat Tarhan re-elected to be ASDER’s Chairman of Board 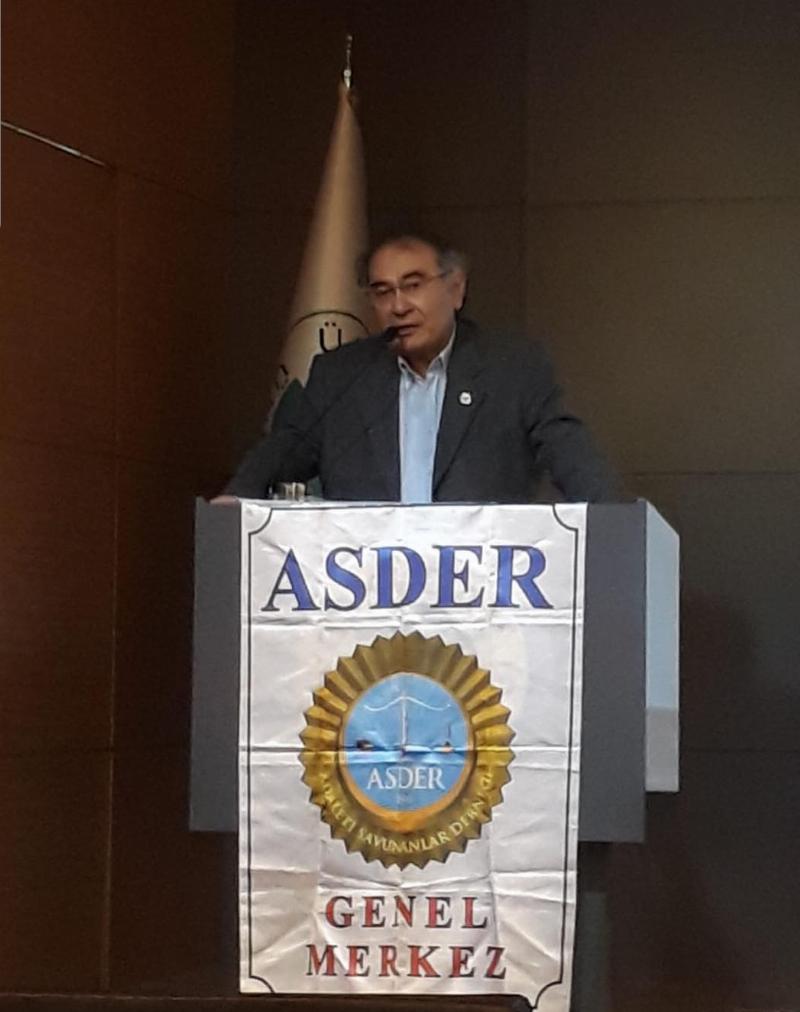 The members from Kütahya, Konya, Bursa, Ankara, and the nearby cities along with İstanbul attended the election of the Ordinary General Assembly.

“Many grievances occur in the coup periods”

Chairman of the General Assembly Prof. Nevzat Tarhan stated that ASDER had taken a great responsibility in the difficult days and that meetings, panels, and conferences were held in order to dominate the national will.

Prof. Tarhan stated that in the following periods, the platforms were formed by having a solid cooperation with NGOs and an active role was plated in changing the Constitution. He stated that they have exerted great efforts in passing the law numbered 6191.

Tarhan stated that many grievances were ingenerated during the coup periods and that while the rights were not given of those military students with the decree dismissed from military schools as well as the ones who were expelled. He said that those who were forced to retire and resigned formed a separate group of victims and that the draft law on this issue was shared with those concerned.

Tarhan: “ASDER members were with the state and the nation on July 15th”

Prof. Tarhan indicated that ASDER has made every effort to globalize justice and that the victim, as well as the oppressed, had been doing what was necessary to defend their rights, no matter who they were.

Tarhan underlined that the members of ASDER were with the state and the nation on July 15th coup attempt without hesitation.
In the general assembly, the management report, the supervisory board report and the dignity court report were read. Prof. Nevzat Tarhan was approved and re-elected as Chairman of the Board ASDER.