Turkish Airlines thanked the President for his help to the baby in the plane! 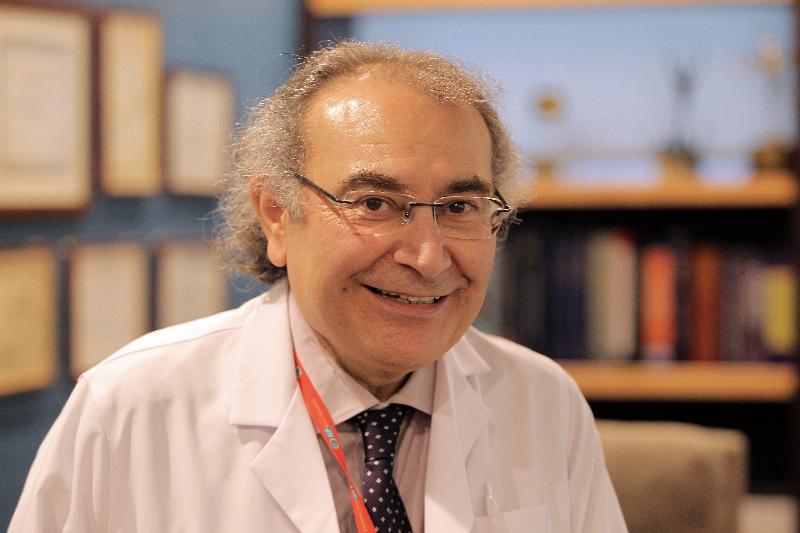 Üsküdar University President Prof. Nevzat Tarhan helped a baby in the Turkish Airlines plane, on his way to America. Due to Prof. Tarhan’s help, the baby’s fever went down and completed the travel in a healthy state. The representatives of the Turkish airlines thanked Prof. Tarhan and offered the President to be included in the “smiling doctor” program.

Üsküdar University President Prof. Nevzat Tarhan was on the Istanbul - New York Turkish Airlines plane on his way to American Psychiatry Association congress in America on last May and a baby got sick in the plane. Almost a year old baby of a Romanian family got worse due to a fever and as the cabin crew made an announcement for a doctor, Prof. Tarhan intervened and gave child medication to the baby from the emergency kit of the plane.


“The baby could have an epileptic seizure”

Prof. Nevzat Tarhan shared “I went to see the baby and declared that I am a doctor. The baby had 39 degrees of fever and the mother could not stop the child’s crying. I gave the appropriate medicine according to the baby’s height and weight there was in the emergency kit. I was a practitioner for four years before becoming a psychiatrist. Eventually, the baby’s fever went down but if we did not intervene, the baby could have an epileptic seizure.”
Prof. Tarhan periodically checked on the baby during the flight and made sure to complete the flight healthy.

Prof. Tarhan shared his happiness as the baby’s fever went down and continued, “I experienced occupational satiation when I saw the baby asleep and the mother happy. This is priceless. There is no materialistic reward and the pleasure is great. I found out after the intervention hat the person sitting next to me was a pediatric surgeon but did not initiate to help”.

A thank you letter from Turkish Airlines

On another note, the Turkish Airlines sent Prof. Nevzat Tarhan a thank you letter and offered to include Prof. Tarhan in the “smiling doctor” program. The doctors attending the program help other passengers in case of a health emergency and are rewarded with miles.