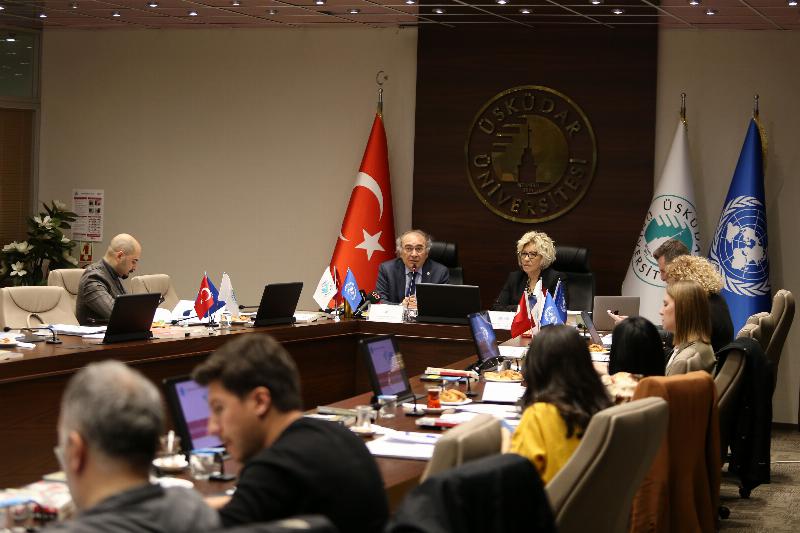 The 2019 Report created by the United Nations (UN) International Narcotics Control Board (INCB) was shared with the world at the same time. Üsküdar University Vice President and Member of the United Nations Narcotics Control Board between 2005-2010 and 2017-2022, and previous Chairman Prof. Sevil Atasoy gave information about the data related to the fight against drugs in the Middle Eastern country as well as figures in Turkey.

Prof. Sevil Atasoy said the production and trafficking of counterfeit captagon had a serious impact on the fight against drugs in the Middle East. She said, “A part of Captagon tablets to be delivered to Turkey and the Middle East markets were kidnapped to Lebanon via Syria.” Üsküdar University Founding President Prof. Nevzat Tarhan said that while drug-related 105 deaths occurred in 2011, this number increased 9 times in 2019 to 945. Stating that our country is successful in inpatient treatment, Prof. Tarhan noted that 70 percent of patients returned to the clinic after being discharged due to the inadequacy of the studies on rehabilitation and social integration. 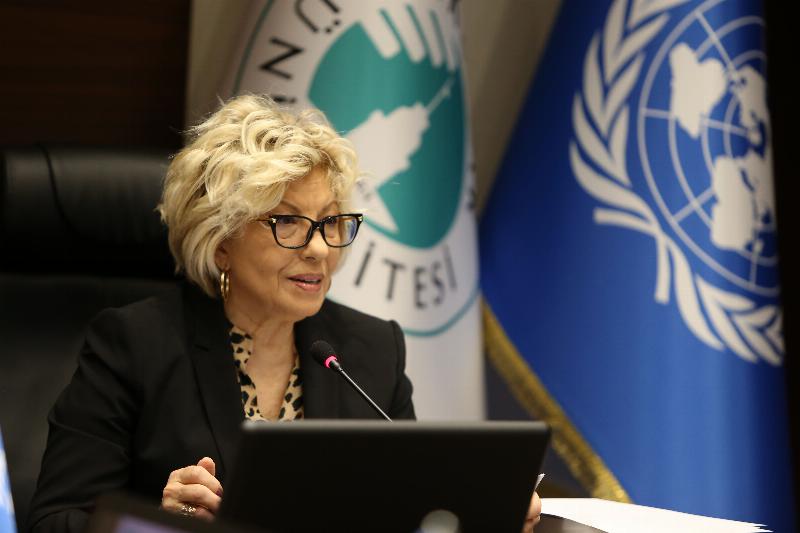 Üsküdar University Vice President and member of the United Nations Narcotics Control Committee between 2005-2010 and 2015-2022, the previous Chairman Prof. Sevil Atasoy shared the 2019 Report created by the United Nations (UN) International Narcotics Control Board (INCB) with the world at the same time at the press conference held in the Senate Hall of the Üsküdar University Main Campus.

Hemp production is increasing in the world!

Prof. Sevil Atasoy said the following about drug transfer routes; “The main route of carrying morphine and heroin is from Syrian Arab Republic to the traditional Balkan Route and in recent years, Iraqi and paths through the side of the South Caucasus countries are added, though, Balkan Route is still in Afghanistan, Iran, Turkey and the Balkan countries over Western and Central Europe.”

We are catching more heroin than Europe

Atasoy said, “Turkey is well known when it comes to prevent heroin smuggling. One of them is the Balkan Road mentioned in the report of the last UN Drug and Crime Office. Once again Turkey’s name comes up when it comes to catching the highest amount of heroin. Heroin caught in Turkey much more than heroin caught in all of Europe.” 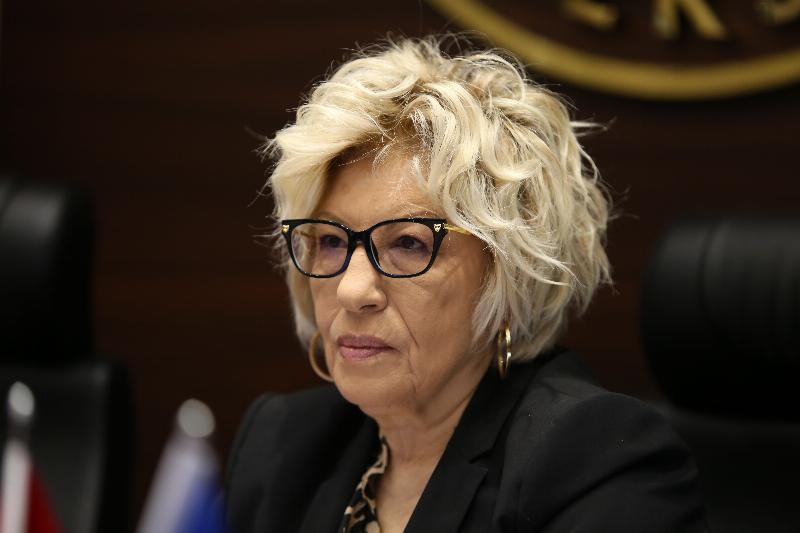 There is an increase in uncontrolled substance trafficking!

Atasoy addressed the increase in synthetic opioid tramadol smuggling and causes and stated that “The fabrication and smuggling of counterfeit captagon seriously affects all the Middle Eastern countries. Some of these countries are not only target markets but also sources. Another problem of the region in which our country is located is the increase in the smuggling and use of synthetic opioid tramadol, which is not under international control. Conflict, poverty, lack of economic opportunity in some parts of the region contributes to the increase of “Captagon” and tramadol smuggling”

Prof. Sevil Atasoy continued her statement as following: “The production and smuggling of the fake "captagon" seriously affects the fight against drugs in the Middle East. There are signs that there are illegal laboratories that produce captagons in order to hijack them both in the domestic market and in Saudi Arabia and the Gulf countries, especially in the Lebanon and Syrian Arab Republic. This part of Captagon tablets were to be delivered to Turkey and the Middle East markets were kidnapped to Lebanon via Syria. It is claimed that Iran and Jordan are the source countries in amphetamine smuggling.”

Prof. Sevil Atasoy gave reports on some critical information in addition to the data relating to the fight against drugs in the Middle East countries as part attributed to Turkey:
Prof. Sevil Atasoy: “This year's report is focused on young people”

Prof. Sevil Atasoy remarked that this year's report noted that it focuses on young people and examines the global outlook for drug control. She said, “It advises and states to address drug-related problems, fully adhering to international human rights standards and norms.”
Prof. Sevil Atasoy said, “We point out that there are currently appropriate interventions to prevent drug use among young people in the section under the topic of preventing drug use and improving treatment services for young people. Among internationally controlled substances, Cannabis continues to play the most important role, both among adolescents and adults.”
Prof. Sevil Atasoy explained that according to the report, it is very important to focus on the use of psychoactive substances among young people (15-24 age group). INCB emphasizes that the effects of psychoactive substances on young people are different and distinct from those on adults. 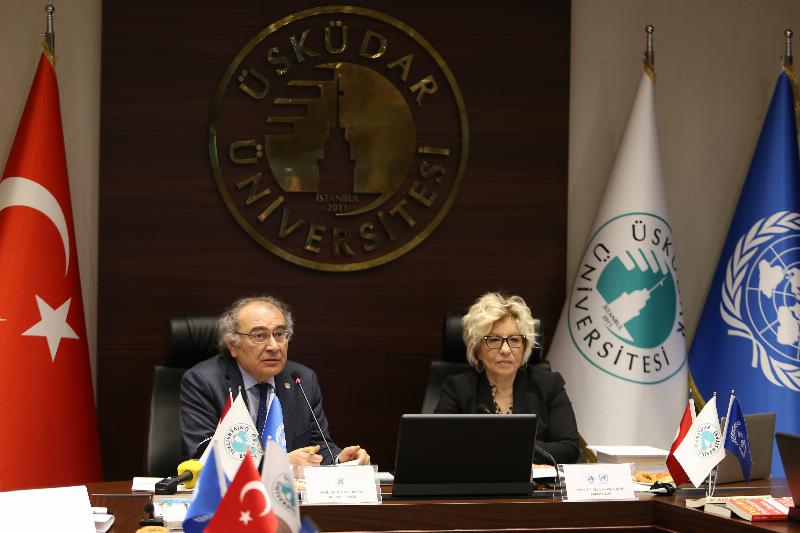 It is stated in the report that “Because of their psychological, social and emotional development, young people are particularly vulnerable to the long-term effects of these substances. The earlier the age of first use, the higher the probability of developing substance use disorders in adulthood, the age of starting substance abuse is the biggest concern. INCB points out that the protection of health during adolescence is better public health and benefits the economy and society more than expected. Substance abuse can negatively affect the development of young people. Deficiencies in their development during adolescence will lead to negativities that will not leave their lives for life and harmful consequences for their lives”.

Cannabis and other substances follow alcohol and tobacco use

The INCB Report states that the use of alcohol and tobacco by children and adolescents is closely linked with the introduction of psychoactive substances. It is mostly followed by alcohol and tobacco use, cannabis and other controlled substances. In profile studies that follow children until adolescence, it shows that those who use alcohol, tobacco and cannabis in the 16-19 age group are more likely to use opioids and cocaine in adulthood.

Afghanistan is the most opium-producing country in the world

The report stated that almost all of the opioids found in Europe, Central Asia and Africa are originated in Afghanistan. It stated, “According to 2018 data, Afghanistan is the country where the most illegal poppy cultivation and opium production is produced. Afghanistan is also one of the largest sources of cannabis resin worldwide and continues to increase synthetic drug trafficking within its borders.”

In the report, it was pointed out that many new lines started to show themselves in the Balkans, which is the main route of drug trafficking from Afghanistan to Europe, and some of these lines cover Syria and Iraq and South Caucasus countries.

Cocaine use is increasing in Europe

According to the report, the amount and use of püre cocaine in Europe is increasing. Record seizure of cocaine in 2018 and 2019 in many European countries reveals an increase in cocaine smuggling. As a result, there is an increase in the amount of high purity cocaine throughout Europe. Cocaine is the most common illicit drug in South and Western Europe. 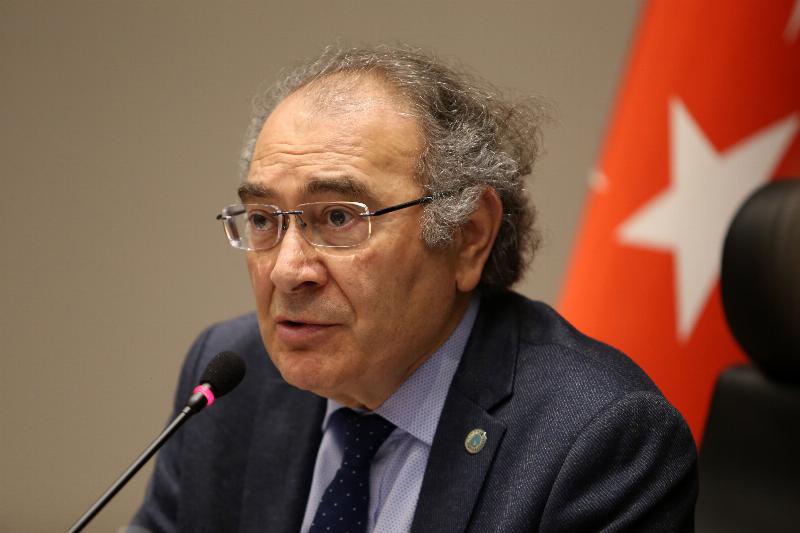 Cannabis is the most caught drug in Europe

Cannabis remains the most caught and used drug in Europe. In some European countries, fentanyl replaces heroin. Approximately 29 percent of the European adult population used drugs at least once in their lifetime. The drugs they use the most are cannabis. Cannabis use is five times higher than other drugs.

Üsküdar University Founding President Prof. Nevzat Tarhan shared his opinions under the title “The point reached in drug use in young people and the precautions to be taken” and conveyed the latest developments.

Prof. Tarhan mentioned the effects of substance use on individuals. He said, “Opioids are also known as very effective painkillers. Patients are forced to overwhelm these drugs and become addicted with excessive and uncontrolled use. This article caused a great crisis in the USA and became a topic discussed in health congresses. Methamphetamine, which is heavily used in Turkey, eliminates lack of attention. It allows children to be more concentrated while studying, but their excessive use also causes schizophrenia.” 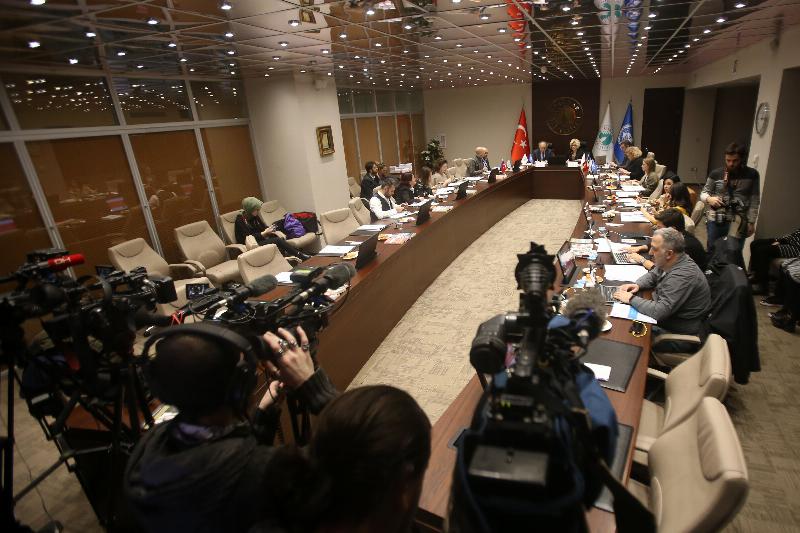 Tarhan: “70 percent of patients return to the clinic after discharge”

Tarhan stated that while there were 105 drug-related deaths in 2011, this number increased 9 times in 2019 and reached 945. He said the following about their methods of drug addiction treatment, he said, “In Turkey, as well as inpatient detox process is quite successful. However, 70 percent of patients return to the clinic after completing the detox period and discharged, due to insufficient studies on rehabilitation and social integration.”

We have created a treatment follow-up system in the AMATEM unit that we established in our science partner NPİSTANBUL Brain Hospital. We perform usage measurements with advanced toxicological tests that we apply in our verification laboratories and offer 98 percent accuracy. Such a tester cannot deny and escape his/her use because he/she knows that he/she will be tried for probation if the person is found to have used it. We apply early diagnosis and treatment in risk groups. In studies related to the prevention of substance use, it is necessary to be very careful in the messages to be given. People who do not use it should also stay away from messages that will keep them in mind, and they should move forward with positive expressions instead of negative approaches.”

Tarhan: “The parent only understands that his/her child is taking drugs 2 years later!”

Tarhan stated that the parents could understand the drug use in their children only after 2 years. He continued as, “If the child is constantly lying, there are serious decreases in lesson performance, and because the auto control mechanism is weakened, he / she should be suspected and expert help should be taken if he / she is making extraordinary behaviors and mistakes in his daily life.” 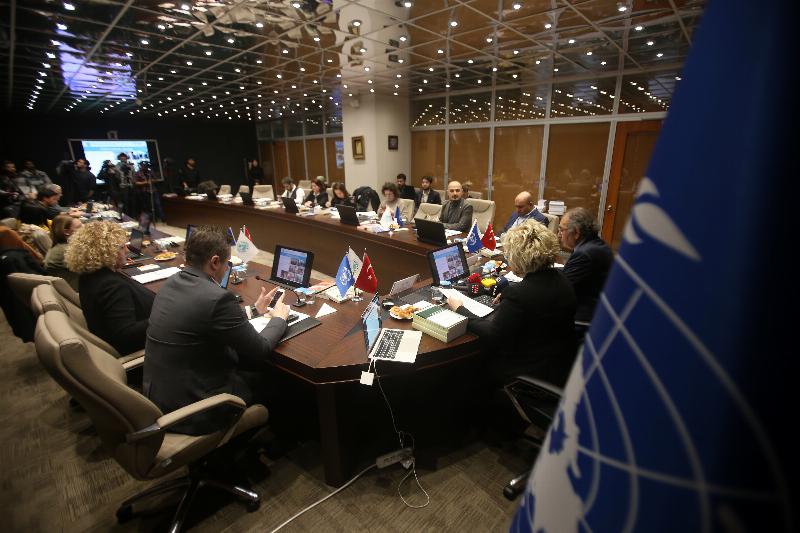 Similarity between Addiction and Coronavirus…

Prof. Nevzat Tarhan stated that the effect of substance abuse on humans is the same as the Corona virus. He said, “As the immune system decreases in dependent individuals, they face the risk of losing their lives just like those affected by viruses.”