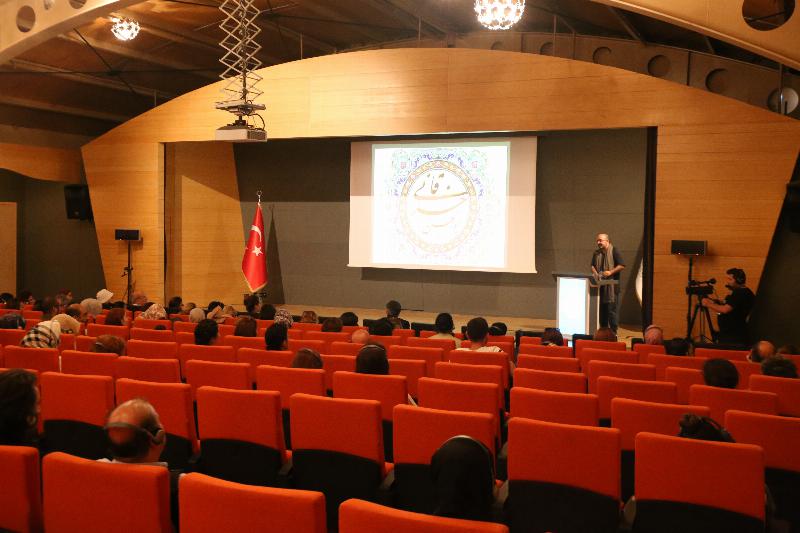 Prof. Dr. Omid Safi from the Department of Asian and Middle Eastern Studies of Duke University gave a conference on “Rumi’s Ancestors on the Path of Love: Harakani and Ahmad Ghazzali” within the scope of the Institute for Sufi Studies’ Fall semester activities. 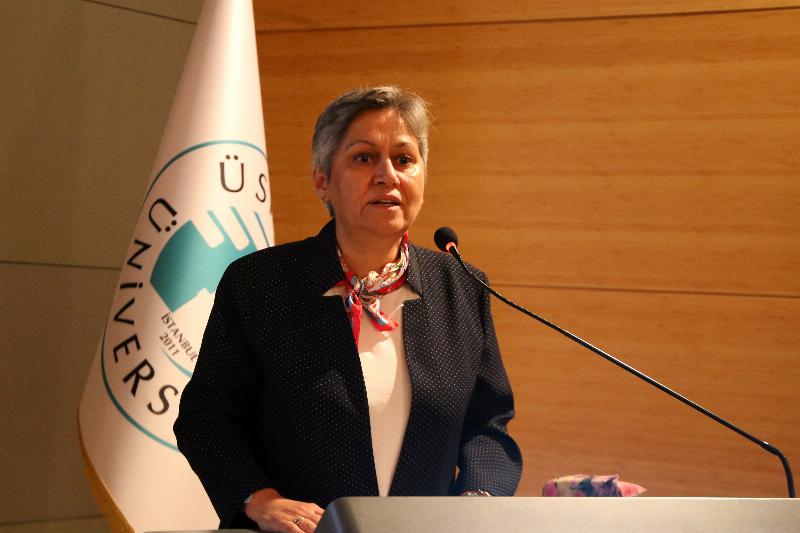 The opening speech of the program, held at the Nermin Tarhan Conference Hall on Main Campus, was presented by the Deputy Director of the Institute for Sufi Studies, Dr. Cangüzel Güner Zülfikar.

In her remarks where she mentioned that Prof. Safi set out milestones in the field of Islamic Studies, Dr. Zülfikar stated, “A Muslim has essentially sealed the reality of being a responsible human who is continually working towards completion and progress with each breath through the work s/he does and the students s/he mentors. Dr. Safi has written the call for being believers who live the Prophet Muhammad’s principles in his works.” Emphasizing the effect that current events have on the lives of academicians, Dr. Zülfikar also presented information on the work that Prof. Safi has done since the start of his career. While speaking of Prof. Safi’s work and mentioning the negative effects of the US government’s policies on academic activities, Dr. Zülfikar shared, “On September 17, 2019, the US Department of Education began an investigation into the consortium formed by the partnership of UNC-Chapel Hill and Duke University and because of this, the consortium at both of these universities is being threatened from its syllabi to programs.” Dr. Zülfikar also shared portions from Prof. Safi’s books. She then invited Üsküdar University Advisor to the Rector Cemalnur Sargut to introduce Prof. Safi as one of the examples of Muslim academicians who work according to the maxim, “all of Sufism is adab.” 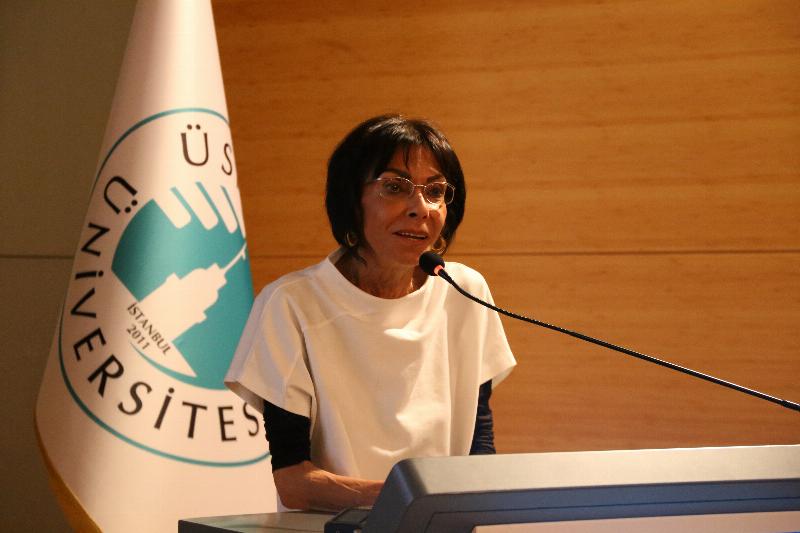 Cemalnur Sargut: “Thank God for Trump, so that Omid Safi’s value is known”

When speaking about the value of Omid Safi’s work, advisor to the rector Cemalnur Sargut mentioned the importance that this work was being done at one of the most prominent universities in the US. Sargut stated, “If there was no Abu Jahl, we would not know the value of the Prophet Muhammad. Moses’ worth appears because of the Pharaoh. Thank God for people like Trump, because that is when the true value of people like Omid shines through.” 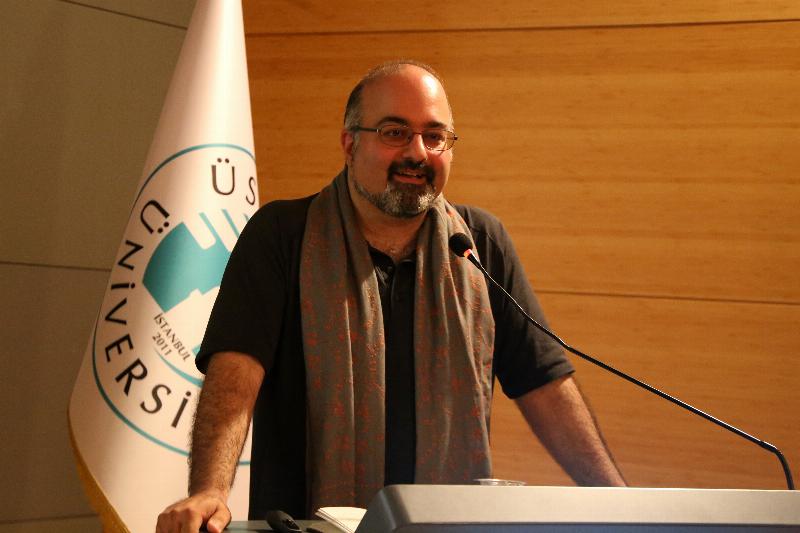 Omid Safi: “There are very important names who elevated Rumi”

After the opening remarks, the lecture of Prof. Safi began. Prof. Dr. Omid Safi began by likening Harakani and Ahmad Ghazzali to the mountains standing behind Rumi: “Everyone thinks that the tallest mountain in the world is Everest, but the Himalayas are what support it. Sufi lodestars are like this as well. They did not rise by themselves. There are many important names who elevated Rumi. They are not as well-known as Rumi. Thus today, I would like to give some information about the teachings of two of Rumi’s important spiritual ancestors.”
Drawing attention to the extremely humble personality of Harakani, Prof. Safi stated, “Harakani was a shepherd, he did not go to a university; he gathered wood in the desert to serve the people. He did not go on pilgrimage, or to Baghdad, or to any other famous city. But Harakani has established thrones in the hearts of those places he never visited.”

“Harakani was adamant about four things”

Conveying that Harakani continually spoke about proximity to God, the Prophet Muhammad and humanity in each of his stories, Prof. Safi added that Harakani spoke with God as if speaking to a friend. Prof. Safi emphasized that, “Harakani’s conversations with God are very friendly. They are cultivated, sincere, and refined. He speaks of God as a friend.” Emphasizing that Harakani underlined 4 things, Safi explained that these were to stay away from extremes, to pray with people, to show mercy to all of God’s creation, and to be generous and to carry this generosity to the other world. 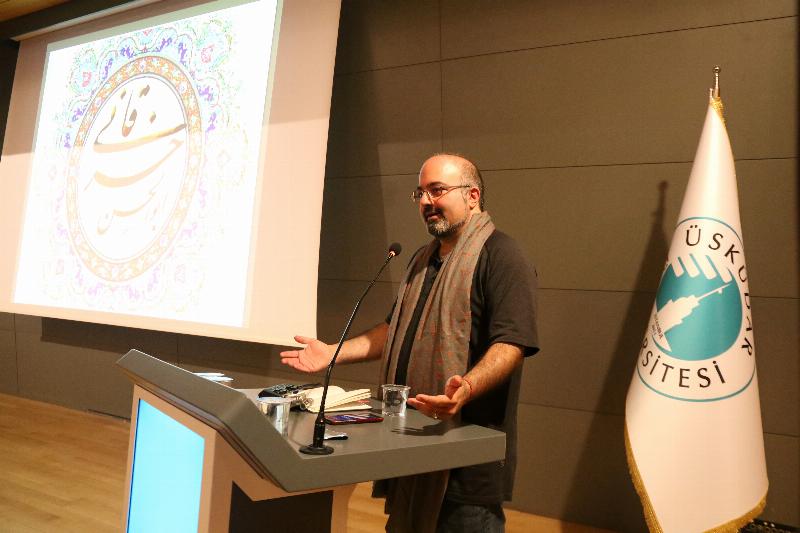 Showing that the understanding of the sirat bridge is different for Harakani, Safi stated, “sirat begins from the tip of the hair on my head and goes all the way to my tiptoes. In order to cross this bridge, it is necessary to overcome one’s own ego (nafs). Sirat is actually your ego. I see God wherever my nafs is not, I see God wherever I don’t see myself.”

Mentioning Harakani’s “God’s existence showed my inexistence, I looked at my inexistence and saw God” statement as an example, Safi added, “there is no need to debate this. We need the good and beautiful that will come from God. Everything else is empty.” 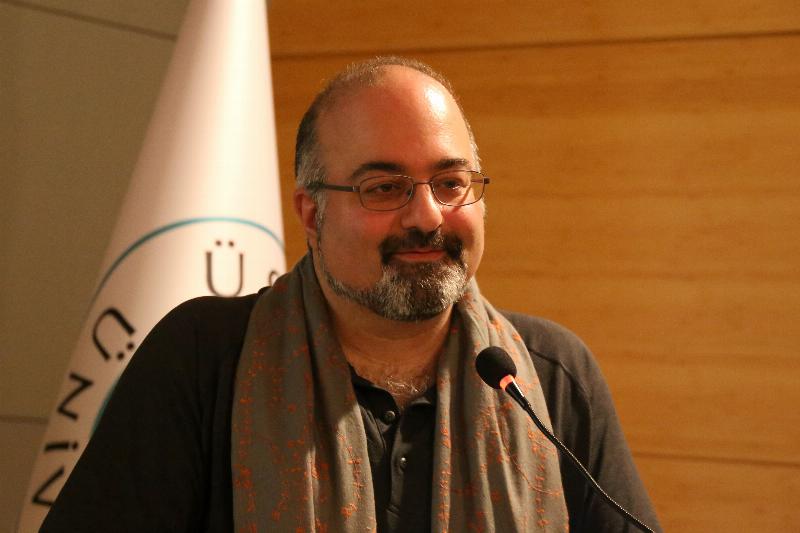 “Ahmad Ghazzali’s knowledge was on love”

Emphasizing Rumi’s statements about Ahmad Ghazzali, Safi stated, “His brother Muhammad Ghazzali put up the flag of knowledge throughout the world. He dove into the ocean of knowledge and stirred it. But if, like Ahmad, he had been able to bring back a drop of love, he would have been able to transfer the secret of the Prophet Muhammad to people.” 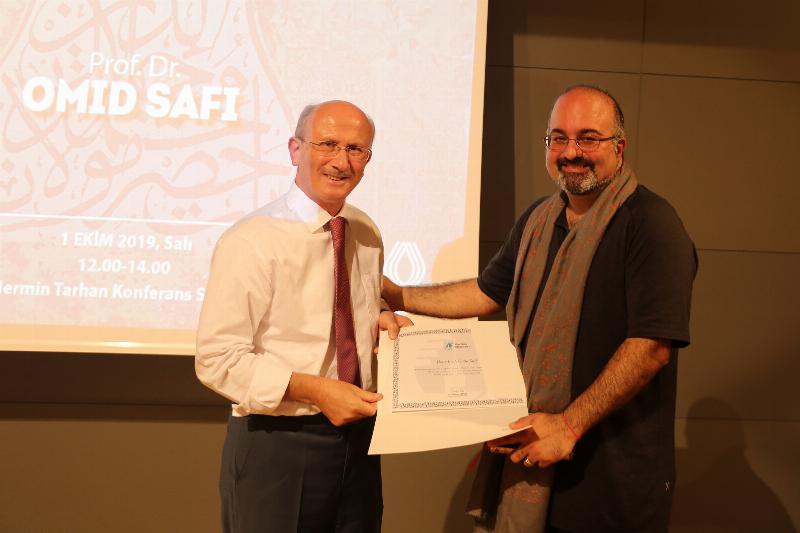 Answering participants’ questions at the end of the program, Safi was presented a certificate about the saplings planted in his honor by the Institute for Sufi Studies faculty member Prof. Dr. Reşat Öngören.

The program ended after a souvenir photo. 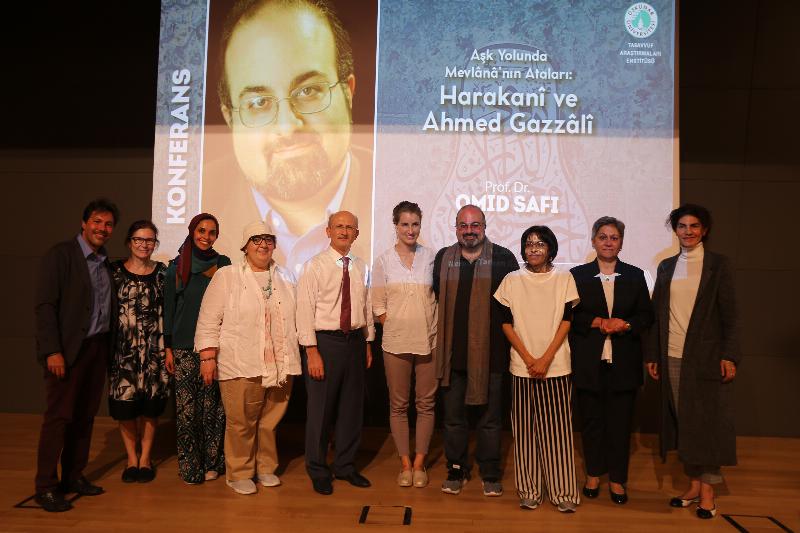