“The Journey to Human Purpose” was talked in Üsküdar University 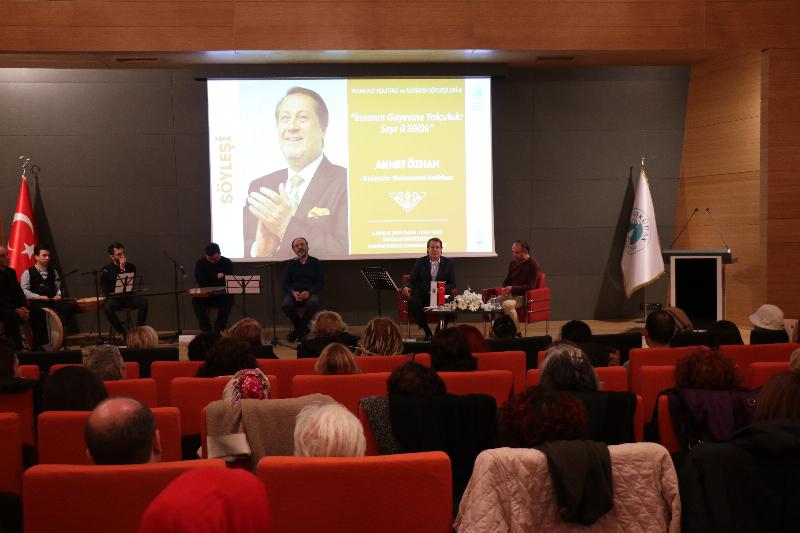 The Sufi Culture and Music Talks continue to take place at Üsküdar University. The second program titled “The Journey to Human Purpose: Seyr ü Sülûk”, conducted by Ahmet Özhan, an adjunct faculty member at the Institute for Sufi Studies at the University, and moderated by Dr. Muhammad Bedirhan. The program, which was performed with the hymns sang by artist Ahmet Özhan, caught great interest.

The second of the Sufism Culture and Music Talks organized by the Institute for Sufi Studies of Üsküdar University was held with the contributions of the Kerim Foundation. The program, which was held publicly under the title of “The Journey to Human Purpose: Seyr ü Sülûk”, on behalf of the Institute by Ahmet Özhan. The master's program is a series of courses structured to support the content of the curriculum of the Sufi Culture and Literature MA programs. 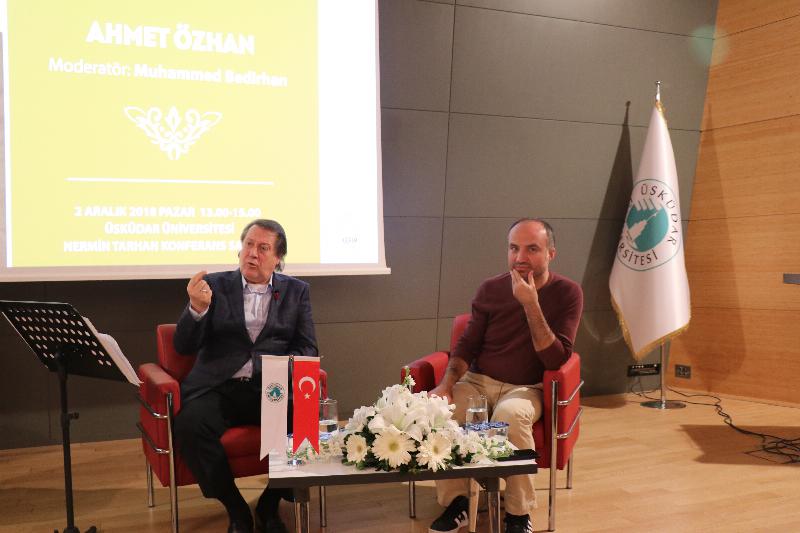 “We need to think about the beauty and the truth,” said Ahmet Özhan, “We believe in what is written and what is told. This time, religion, in the minds of people, is, unfortunately, a negative database. First of all, I need to clear this image. First of all, this image has to be renewed. Religion is the behavior of existence according to the creation philosophy. It is not a worshiping ritual. It is not a means of interest. As such, we understand the religion correctly, live the religion, make certain movements at certain times, we set up prayer in the noon, we set up prayer in the afternoon, fasting, we have given the charity, okay. Did we get rid of the taxpayer? No. Because Allah does not need such things, “he said.

“A good deed is something that makes you closer to your essence.”

“What Allah has given us as duty; what we do, what is necessary for us to find the right way of our own purification and to move on to the right path is called “Seyr ü Sülûk”, which is our subject and to reach our truth” said Ahmet Özhan, continued as follows:
“Set up a prayer, fasting, zakat, pilgrimage, dhikr. All of these are just what you need. Because you think you're Ahmet. You're walking around as a sanctioner by accepting yourself. It’s not like that the existence of a system is what you have to do in order to gain awareness of the existence of a system created to read the system, or not to pay us a fee in return. Not to write down. The answer is a little closer to your essence. Your essence is a little more noticeable. 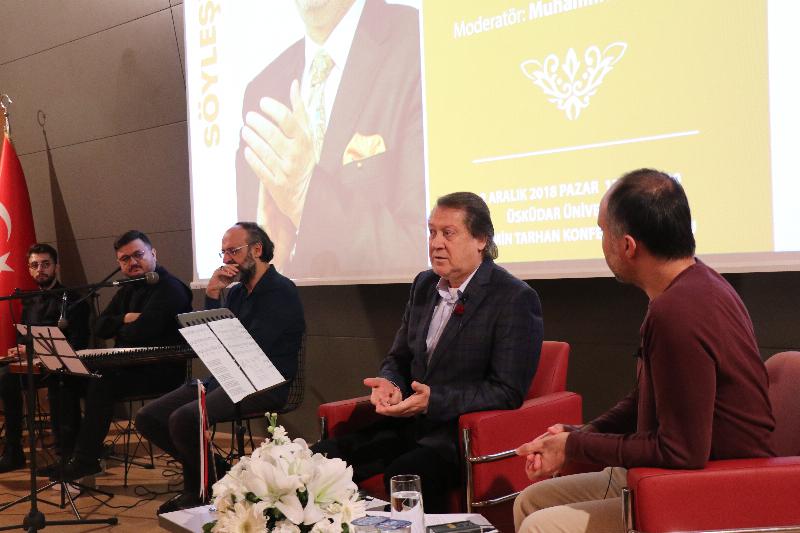 ”We need to investigate the core-meaning of words and adjectives“

Murshid and Irshad, which means "Guidance and the Guide." In the language of the time, the concept has been reduced to confusion, the purpose of diverted, deviated meanings, let's not go with things. Words and adjectives necessarily are needed to investigate the meaning. There is information that we heard or read in a random place, especially in the communication tools of today. Because we live in the magazine period. We need to meet with suspicion everything we know in the direction of the magazine. Surely, we need to investigate it from a healthy source. Mursid, Irshad; they all mean enlightenment. So if we don't get the opportunity to enlighten it, we can't see ahead.”

”We shouldn’t judge so fast about anyone“

“We may not know what is what. So let's not look horridly. Our ancestors said “Hating someone is a big disease” says Ahmet Özhan,
"Guidance is not conducted with an act of violence but it is something that occurs slowly, allowing people to transform. Time is needed for this intent. The child develops in 9 months and 10 days in the womb. After that, there are many years of growth, wisdom. Even the so-called ‘Human’ is going to go in the right direction and it takes decades to come to the point where people can direct it. We must not judge so fast about anyone. We shouldn't be in a hurry. Whoever is created for what it is, it is a measure of its practicality. Because everyone is not created for the same thing, and Allah does not create a creation over again." he said.

“We can't be purified without grieving”

Referring to the attributes of Allah, Özhan gave the following information about ‘Kahhar’ name: ’For example; may Allah confound us.’ What does it mean? If we are not suitable for Allah and the right of Allah, we are damned to them. So we cannot be purified without grieving. We cannot get our leech to the level of kemal without confounding. Everyone has a specific mission of duty. It is not necessary to be a mentor. We are all civil servants. The moral Prophet indicates this. Our Prophet did not turn anybody down.

At the closing of the program, Director of the Institute for Sufi Studies at Üsküdar University Prof. Elif Erhan took the floor and thanked Mr. Özhan on behalf of the University.