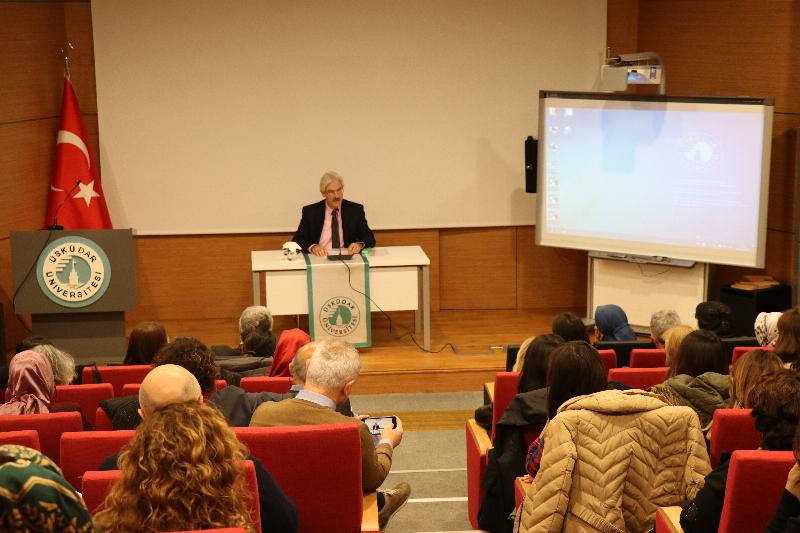 Üsküdar University Institute for Sufi Studies and Kerim Foundation held a conference and the speaker was Stephen Hirtenstein whom delivered a speech on “The Healer of Wounds: Interpreting Human Existence in the Light of Alchemy and Ascension”. Hirtenstein mentioned that there is a cultural link between healing and writing and that writing heals the wounds. 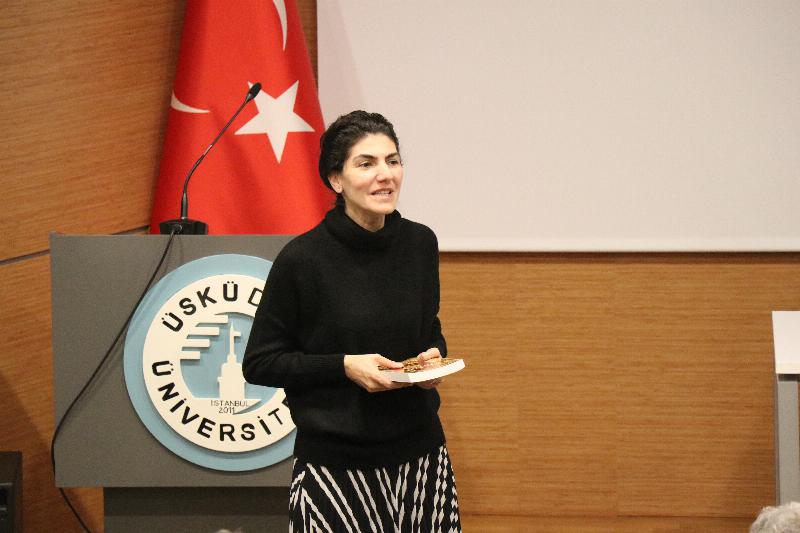 Information was given about Stephen Hirtenstein

The Director of Institute for Sufi Studies Prof. Elif Erhan gave the opening speech in the Main Campus, Ayhan Songar conference hall. The second speaker was Mahmut Erol Kılıç who is the honorary member of Muhyiddin Ibn Arabi Society (MIAS) and the Advisor to the Üsküdar University Chancellor. 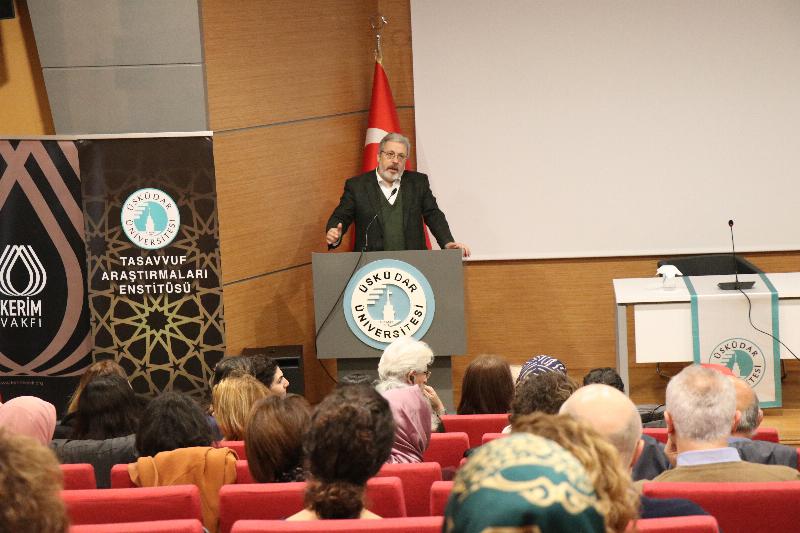 Mahmut Erol Kılıç told the audience how he met with Stephen Hirtenstein and touched upon Hirtenstein’s academic and social activities. Kılıç shared detailed information about Hirtenstein’s masters and teaching career at Cambridge, the conferences he held and wrote about Ibn Arabi, the lectures he has given about him and the tours he organized to travel to places where Ibn Arabi had set foot on. Kılıç also stated that Hirtenstein has been working as the editor of Muhyiddin Ibn Arabi Society Journal and founding partner of Anqa Publishing since the day it was founded. 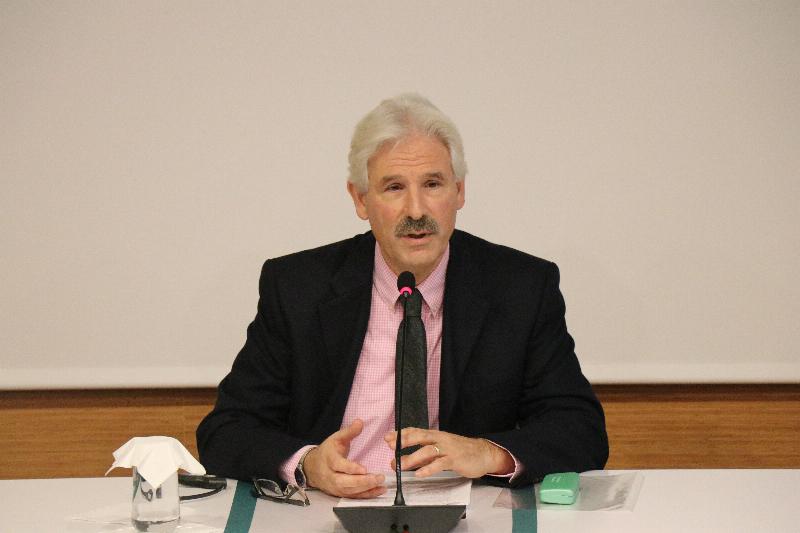 Stephen Hirtenstein, the speaker of the conference, discussed the chemistry of human happiness and human happiness through historical knowledge.  He referred to the meanings of the concepts in the works of Ibn Arabi and the references that can be drawn from these concepts. Hirtenstein emphasized that writing is the starting point in all cultures, and there is a cultural link between writing and healing, as writing heals the scholarly wounds.

“Felicity can only be achieved through finding Allah”

Hirtenstein, who defines the concept of alchemy as the pioneer of so-called science and modern chemistry, stated that according to the intellection of Ibn Arabi, alchemy was defined as becoming human from being just a mortal being. Hirtenstein shared that spiritual alchemy is the main aim of human's earthly existence and that there is no chance of achieving felicity except finding Allah.

“Allah has always created a cure for every disease”

Stephen evoked that Allah has created no sickness (dāʾ) without creating for it a cure (dawāʾ). He said “Ibn Arabi says ‘There are two kinds of medicine: a general medicine, which everyone can take, and a kingly medicine, which only the kings and the rich can take.’ While the general medicine is repentance (tawba), or ‘returning to God’, the kingly medicine is only taken by people of immediate experiential knowledge (ʿārifūn), ‘the ones for whom God is their hearing and their seeing and their tongues’, the very ones that the Healer of Wounds comes to teach, as we have seen. This kingly medicine is taqwā, usually translated as ‘godliness’ or ‘piety’ but actually meaning taking God as one’s protective shield against all such blameworthy situations, including backbiting: ‘the Real does not become a protection for the servant until the servant is [wholly] enveloped by Him… the form of his being enveloped is that the Real becomes his hearing, his tongue, and all his faculties and limbs as regards the particular sphere of action and capacity they possess. Then [the servant] becomes wholly light.’” 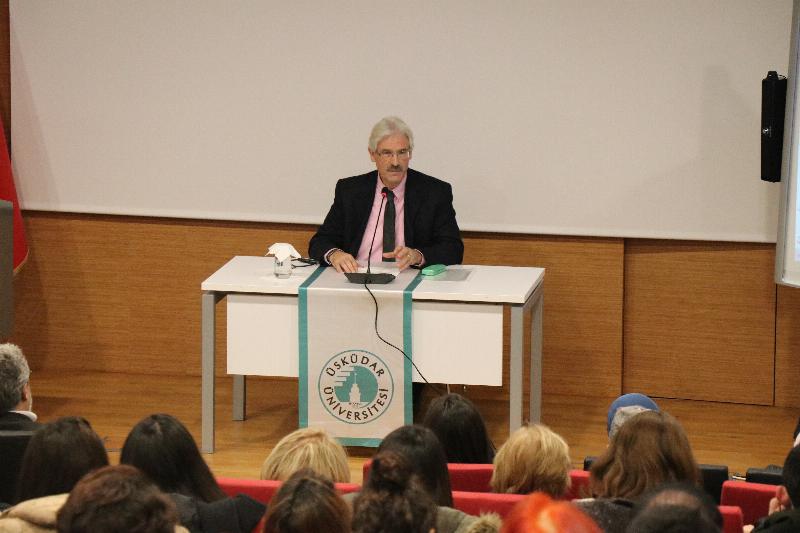 “Miraj is a journey”

According to Stephen, another way of understanding human transformation is the journey of miraj. He gave examples about the depiction of two figures who made a journey of miraj. The first figure rising to Miraj was the follower trained by the divine instructor and the other was a philosopher, speculative thinker. Stephen touched upon the differences between these two figures' journeys. He stated that the follower rises in the journey without encountering the prophets and the details of the philosopher and the speculative thinker are trapped within the limits of the self and that the only way for him to get out of there is to start again and return to Islam.
Stephen Hirtenstein answered the questions at the end of the conference.

Üsküdar University Advisor to the President Cemalnur Sargut presented a plaque to Stephen. 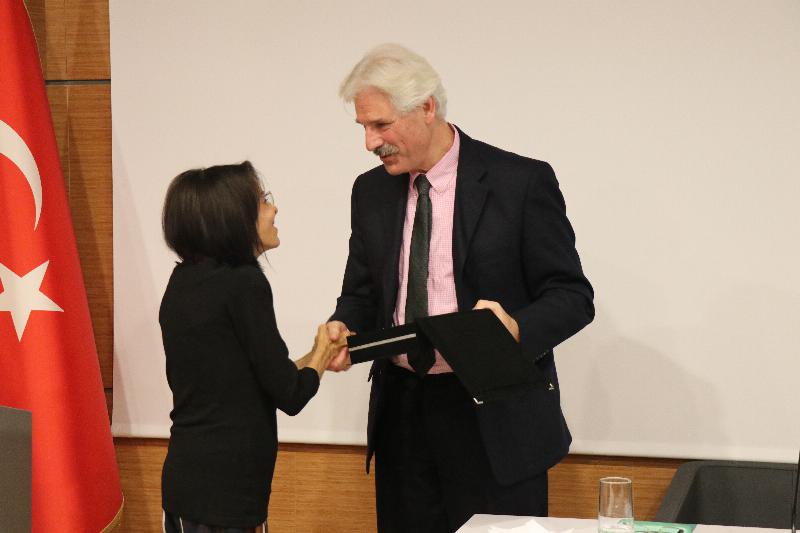 The conference was concluded after taking a family photo. 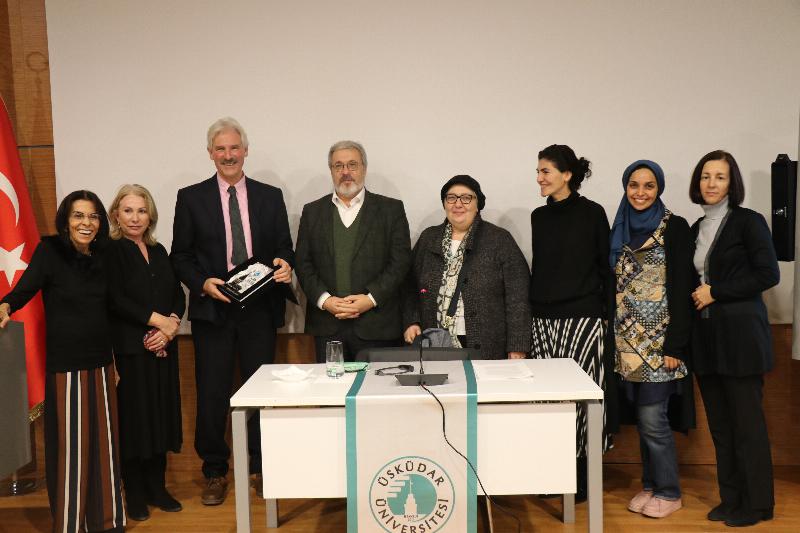