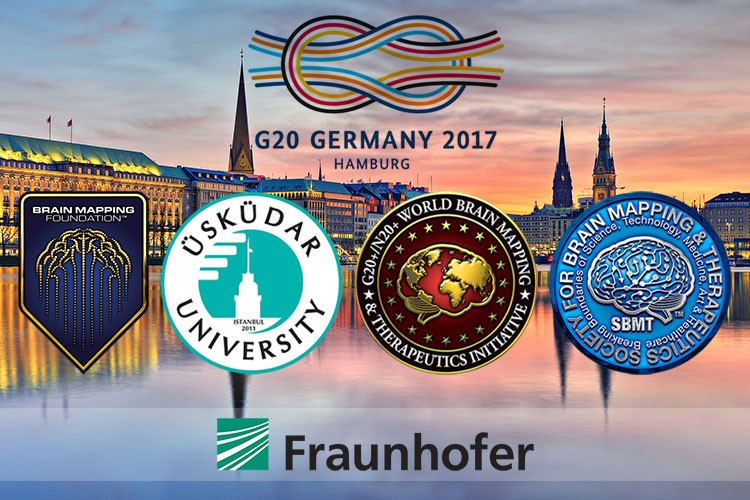 "Neuroscience-20 Initiative of SBMT is truly impressive approach toward building global consortia of Brain Initiatives in order to create a united front for tackling devastating neuro-psychiatric disorders worldwide," said Professor Carsten Claussen, Director of Fraunhofer Institute in Hamburg, a member of SBMT and Vice-Chairman of the 4th Annual N20 in Hamburg Germany.

On July 5th 2017, world's leading physicians, engineers, neurosurgeons, basic and clinical scientists are gathering at the 4th Annual N20 at the Empire Riverside Hotel, Hamburg, Germany.
"Uskudar University is truly honored to jointly sponsor this remarkable gathering of global thought-leaders in Germany; we are looking forward to building multilateral partnership with scientists worldwide through N20" Said Professor Nevzat Tarhan, President of Uskudar University, President of SBMT-Turkey and Vice-Chairman of the N20.

The 4th annual N20 program covers all aspects of brain mapping and therapeutics from imaging, connectomics, mathematical modeling, and artificial intelligence to nanoneuroscience, neurophotonics and genomics. The program is aimed at exchanging scientific progress across disciplines of science and technology, which could enable scientists rapidly introduce new diagnostics and therapeutics.

"The human and financial cost of the neurological disorders to the world is enormous; the cost of care of near 5.5 million Alzheimer's patients in the US alone is now close to $200 billion annually; this cost will be closer to $1 trillion in 10 years." said, Dr. Babak Kateb, Founding Chairman of the Board and Scientific Director of SBMT, President of BMF, Director of NCNBE and Director of Brain Technology and Innovation Park (BTIP)  "in 2015, the cost of dementia to the world economy was $818 million which corresponds to the care for near 46.8 million patients; in 2030, this cost will be $2 trillion for dementia alone; this means if dementia was a country, it would be number 18 on the Gross Domestic Product (GDP)".

SBMT has been on the forefront of establishing global Brain Initiatives in the last 15 years and was a key player in formulating and supporting Obama's BRAIN Initiative.

The details of the session that will be conducted by Prof. Nevzat Tarhan is as follows;