President of Üsküdar University, Psychiatrist Prof. Nevzat Tarhan met with his readers at 39th TÜYAP International Book Fair held after two years, which could not be held due to pandemic. Tarhan held a chat session titled “Psychology Talks” and signed his books for his readers. In the program, colorful events were experienced and Tarhan received great interest. 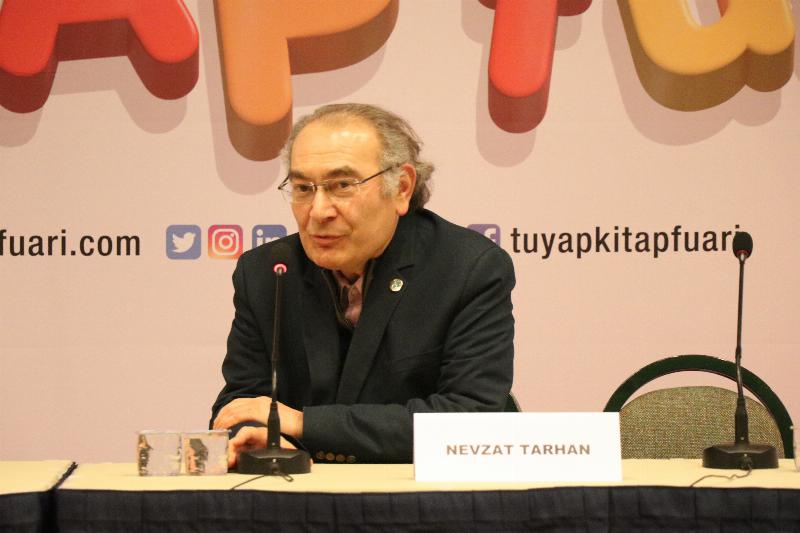 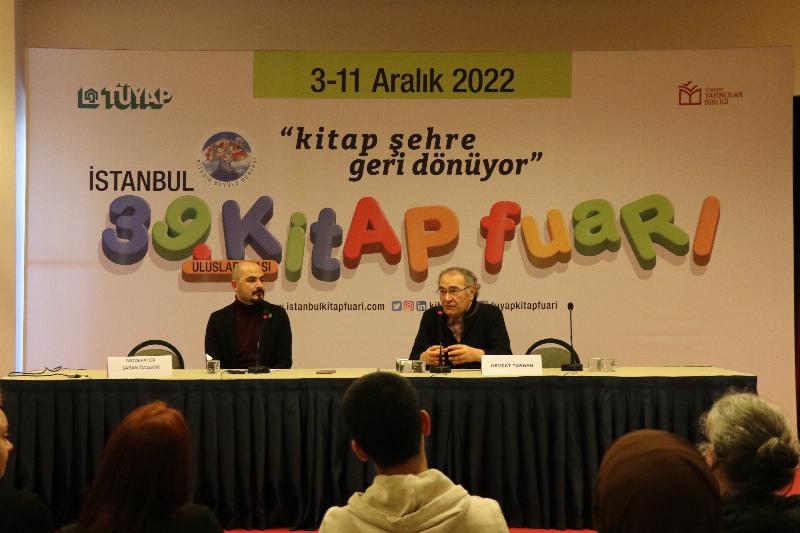 The 39th TÜYAP International Book Fair opened its door to national and international approximate 1000 publishing houses and non-governmental organizations, which it will be held between 3 – 11 December.

“Modernism changed the philosophy of marriage”

President of Üsküdar University, Psychiatrist and Author Prof. Nevzat Tarhan in the “Psychology talks” pointed out that woman-man relationship must be built on complementary relationship instead of competitive relationship in the “Psychology talks” under the moderatorship of Journalist Şaban Özdemir. Tarhan said: “Modernism changed the philosophy of marriage. Modernism sees woman-man relationship as a competition. There is an approach as ‘if she/he yells at you, you should yell at her/him; if she/he throws a plate, you throw it too and if she/he hits, you hit too’ and then what happens? It creates a competitive relationship. If there is a relation between strong and weak, the one with physical strength oppresses the weak. Then, they ask why the violence against women increased. The Western culture teaches that. Well, they already see life as a struggle and even we hear that from our professors ‘A baby and child are in struggle, when a child cries never hold them. If their diaper is clean and they are full, do not give attention to them’ when we are students in Cerrahpaşa Faculty of Medicine. Professors taught us like this during our student years.  It is said that it is necessary for a child and mother must have a skin contact with each other for happiness hormones and attachment hormones such as oxytocin in the child’s brain and you should hold them even though you are breastfeeding them.” 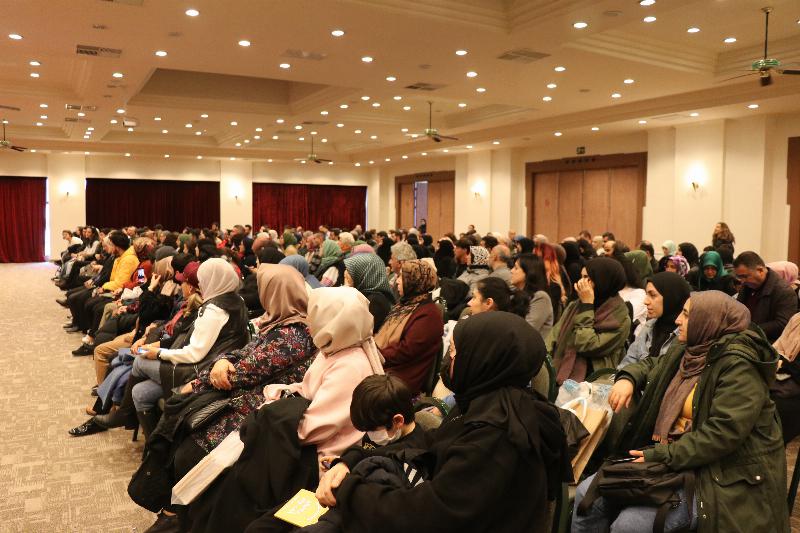 “If a person can set their boundaries, they create their own free space”

Prof. Nevzat Tarhan mentioned that a person must learn the boundary between rules of society and their own boundaries. Tarhan said: “Individualization, freedom is a good thing. The biggest need of the youth is the need of autonomy, freedom and questioning. However, autonomy is one thing and selfishness is another. That is, a child, a young person, a human can both belong to the home and also be free, they can both belong to a group, a nation, a country and be free. It is really important to establish a balance between both. That is, freedom is generally understood as being reckless. This is not freedom, it is irresponsibility. A person has some duties for the environment, family, country and the land where they were born because a person was created as civilized unlike other creators. What does ‘being civilized’ mean? Actually, do you know when the beginning of the civilization? In our history books, it is described as Paleolithic (old stone age). The beginning is not Paleolithic, it is the time when a person built the first fence, it is setting their own boundaries by determining the border of their neighbors’ houses. A sociological border is another fence. A person must learn setting their own boundaries between family members, society’s rule. If a person sets boundaries, it creates their freedom zone. They become free there but if there is a too controlling partner, mother or father, that child does not have any boundaries left.”. 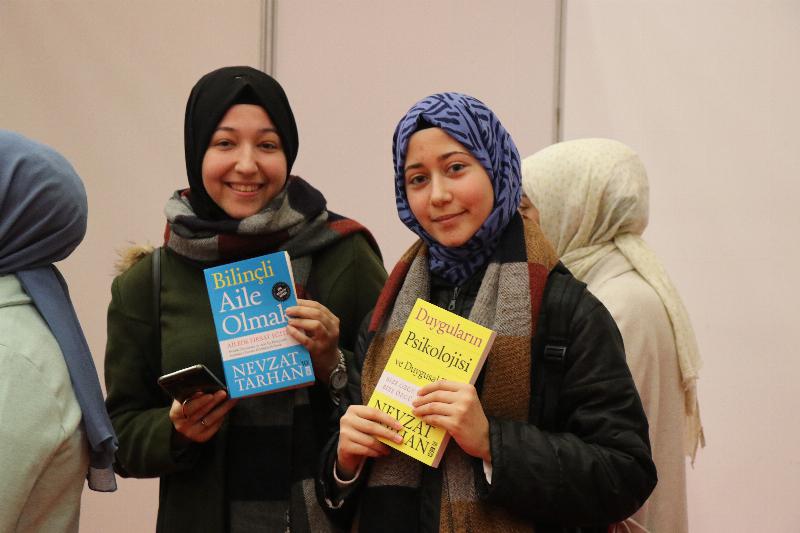 Tarhan mentioned that cultural psychological war methods are applied by changing the terms regarding family and said: “Now our population after thirty years become to be an upside-down pyramid. In other words, newborn rate has started to decrease below the rate of death in Türkiye That means, for example, the half of the population is over age 65 in Japan. It is unbelievable that this number is close to half. It can be 40% in the age over 5.  This is also same in Germany too. Japan wanted to cease births since the population increases a lot. Now, when you cease the births, it is not like an automotive, and sociological events cannot change suddenly. Now they are trying to increase the population, they try to encourage it, however, marriage, within this context, was changed by the conceptual definition of family and even, they ask to Confucius ‘what would you do if you would rebuild the world one day?’ and Confucius says ‘if I would rebuild the world, I would start with concepts.’ And they ask him ‘can you give an example?’. He says: ‘That is, if one who make a child eat, drink, wear, I would not just called it as mother. If one person who gives affection, love and care, then I would reconstruct that concept by the definition.’ Therefore, now there is a cultural psychological war method is applied by changing the concepts regarding family. It is wanted to reduce the population.”. 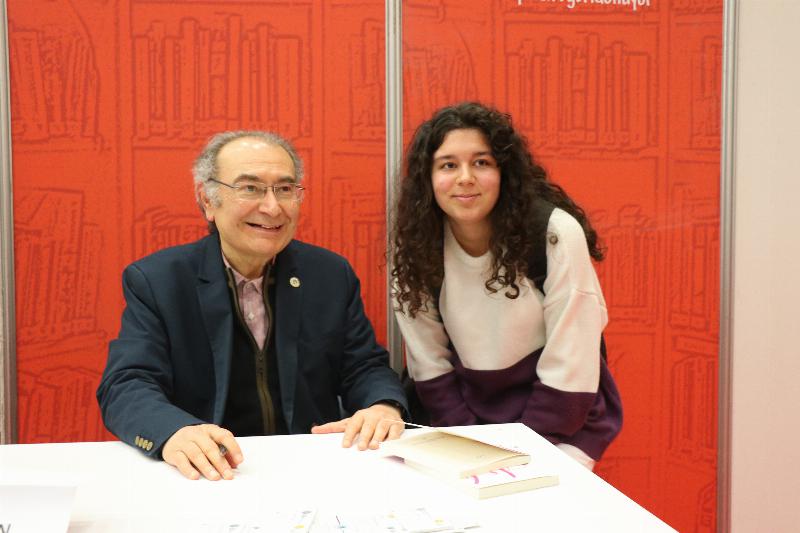 Prof. Nevzat Tarhan mentioned that the scientific accumulation of rediscovering our own ancient truths has now increased. Tarhan said: "Couples therapy is not in our culture. In our country, the family and spouses are called refik, refika. What does Refik, refika mean? It means companion in marriage. Refik, refika, male and female companion, you have a goal, you have boarded the marriage ship, you are your companion on the ship and you have vowed to be together for it. This companionship is changed and defined as a competitive relationship, as if it were the era of the strong; my mother or your mother, my money or your money, what I say or what you say, these are ego wars... So right now, these ego wars are turning into selfishness, which we call individualization. It should not turn into selfishness, so individualization is a beautiful thing, however, selfishness is the basic feature of the narcissistic personality trait, which is self-destructive the most. In feminism, a man sees women not as an identity and personality, but as a sexual identity and sexual role. As such, global problems are now emerging. For this reason, many definitions have been changed, and the scientific accumulation of rediscovering our own ancient truths has increased. Right now, for example, the mindfulness is taught as a lesson in high schools or similar schools all over the world, and there is even a positive psychology book called mindfulness for idiots, and I bought it right away. They published books for the idiots, for the mentally retarded, for mindfulness training. Now, that we have given up on idiot, we need to be able to tell the normal person, the normal student, otherwise we will not be able to withstand this storm.". 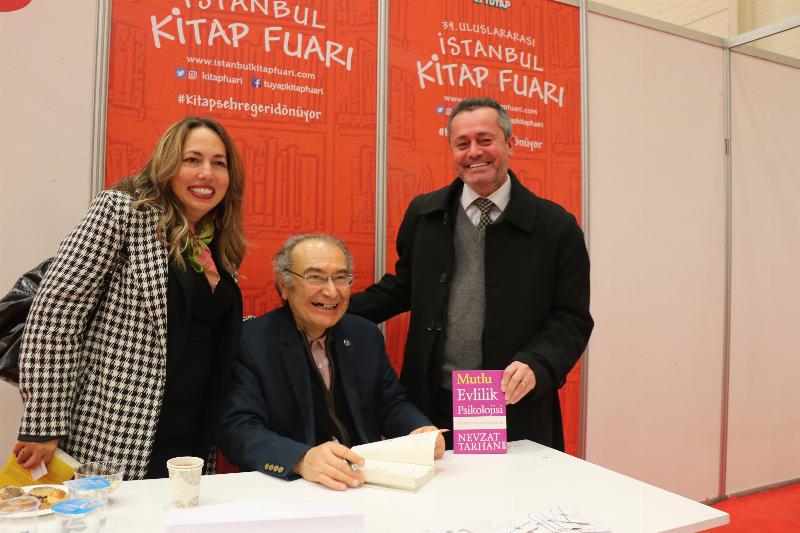 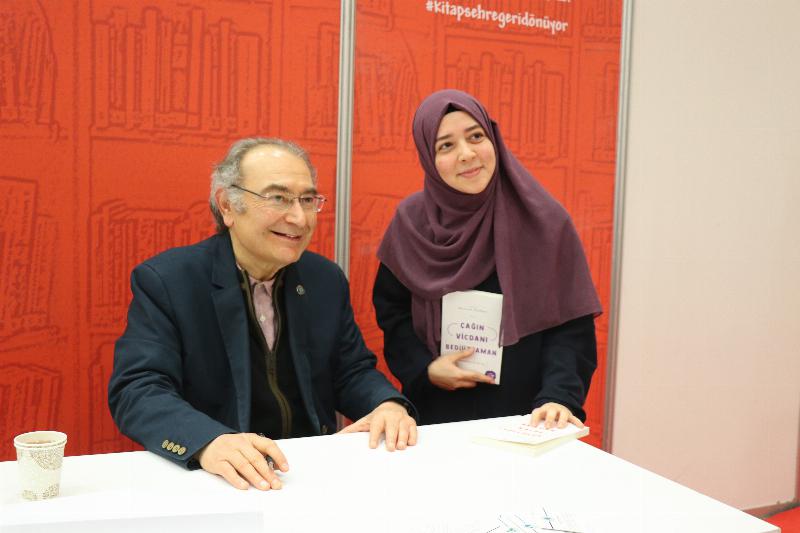 “Love is not a reason but a result in a marriage”

Prof. Nevzat Tarhan, who pointed out that the ability to establish a good cooperation is important for the survival of love said: "In human relations, we need to use the language of me instead of the language of you. ‘I think that, I think this’ is an alternative thinking technique. This solves most problems. It is the same for men and women. Family values are being scaled. Roles in the house are mixed. The role of mother, the role of father, the role of children. The man is very good and very successful in the role of the businessman, but the role of the husband is terrible. He is not showing interest to his wife. The role of the father is zero, he does not take care of the children. You're married, and is just the role of a businessman enough? Now the role of husband and the role of father exist. You also need to live these roles. It also applies to women. In the woman, the role of a wife becomes only the role of mother when she becomes a mother. She neglects her husband. Her husband walks away. When the distance increases, problems arise. They say, 'Love evaporates a year or two after marriage,' or in fact, the reason why love evaporates is that lovers divorce suddenly. For this reason, love is not the cause but the result in a marriage. If there is good love, if there is a quality cooperation, love turns into a lifelong love. If there is no quality cooperation, it evaporates. The ability to form a good cooperation is important for love to survive. Open, transparent, honest relationships are necessary.".

“If there is empathy within love, then love create a safe area” 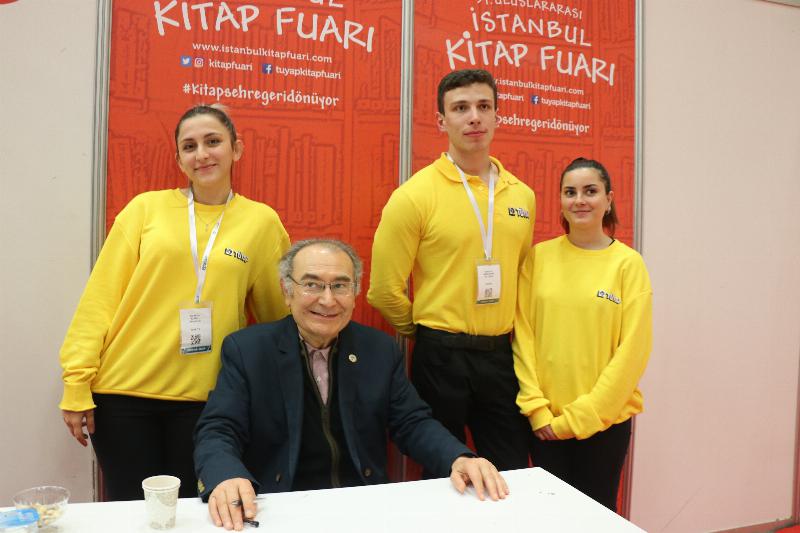 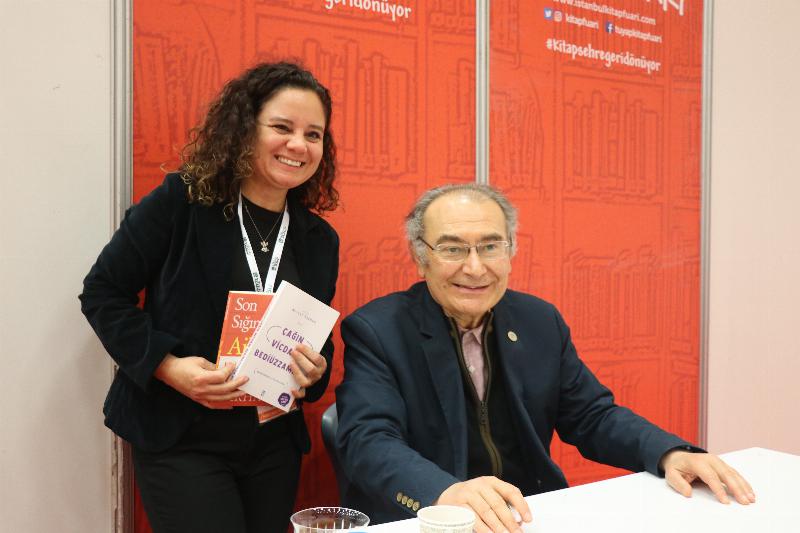 Prof. Nevzat Tarhan answered questions of the participants and mentioned that the level of the relationship increases when all relationships develop and the maturity level of a person increases. Tarhan said: If there is empathy within love, then love create a safe area. Well, if there is love, then fear decreases. When fear decreases, safety is crated. That’s why love is essential. I am not saying that love is not important. Love is necessary to form safety. When we talk about love, it is usually understood as loving blindly. However, if there is a love with empathy, then, that love creates safety. There is empathy to differentiate unconditional love, without empathy.  A home without love cannot have safe environment. It means everybody lives with fear. How long can a love last with fear? If a teacher enables discipline with fear, everything will be out of the control once the teacher leaves the classroom. However, if a teacher enables discipline with love, students follow that that teacher told them even if the teacher is not there. If mother’s love is consisted with safety, that child follows mother’s rule not to lose love of the mother even though when she is not around. That’s why we must not use love like a threat but we must be generous with love but they must fear losing the love. There will be a fear. That is, it is not a threat but they will be afraid to lose the love. We misunderstand fear of God, as well.  The word ‘takva’ means ‘to beware’. It does not mean ‘to fear’. It is translated as fear into Turkish. It means ‘to beware’. Do not do something wrong because it means you are afraid to lose the love of the creator. A mother hits her baby. The child is afraid that their mother hit them again but again hug her mother. The relationship between the creator and human is like that. Without getting out of the boundaries, when you become afraid and take a shelter to that person, you establish a healthy relation. You establish a relation with yourself, your family. A relationship with the society, the country, the creator is established. When all of these relations develop and the maturity level of people increases, the level of the relationship also increases. For this reason, it is important to establish healthy relations.”. 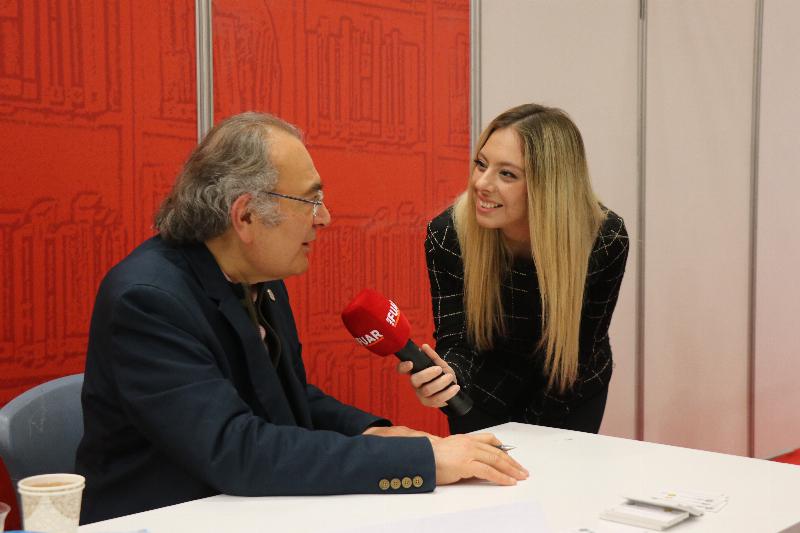 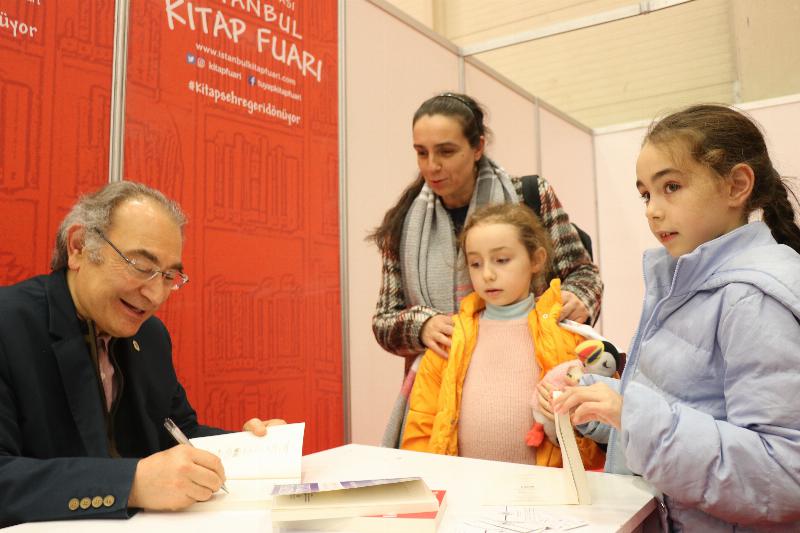 Prof. Tarhan signed the books of his readers at the end of the program.

Readers had an opportunity to chat and take a photo with Prof. Nevzat Tarhan at the meeting where a great interest was shown.