Prof. Nevzat Tarhan has come a psychiatrist and writer who is followed closely both in Türkiye and around the world with television programs, conferences and seminars that he attends and articles and books that he writes. Prof. Nevzat Tarhan also reaches millions of people with his contents published on his official YouTube channel. The number of his subscribers in increasing day by day in parallel to videos by Tarhan which are liked a lot. In a short amount of time, YouTube gave Silver Play Button to the channel with its almost 120 thousand subscribers. 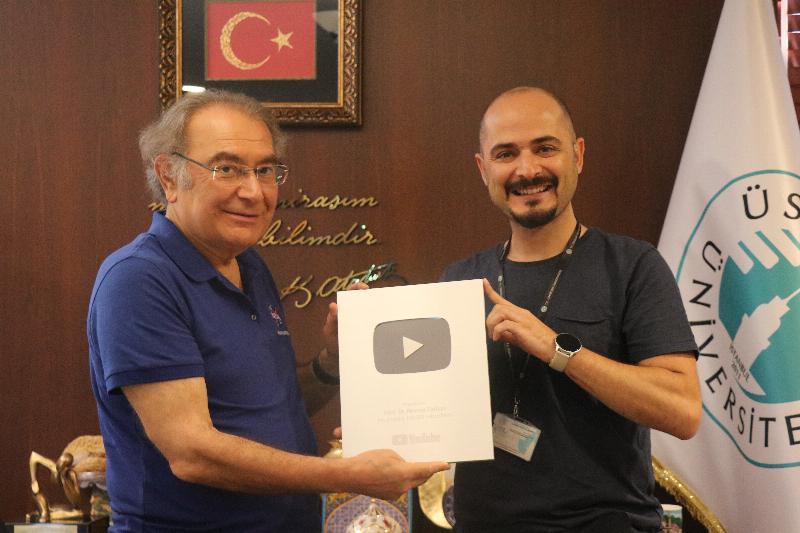 Prof. Nevzat Tarhan is an active content creator on YouTube with his contents having millions of views and he has been given Silver Play Button due to his successful works.

With matters discussed, the channel has succeeded greatly in a short time and has been awarded within YouTube content creator awards.

The award was submitted with a letter of thanks signed by YouTube CEO Susan Wojcicki and the note says “We are so excited to see the development of your community and we present this Silver Award proudly to you to celebrate that you have reached this impressive milestone with a 100 thousand subscribers. Congratulations!”.

The award means awarding extraordinary efforts of developing channels by content creators to create strong communities in a responsible way.

There are four YouTube content creator awards according to the number of subscribers. The conditions that must be met are as follows: