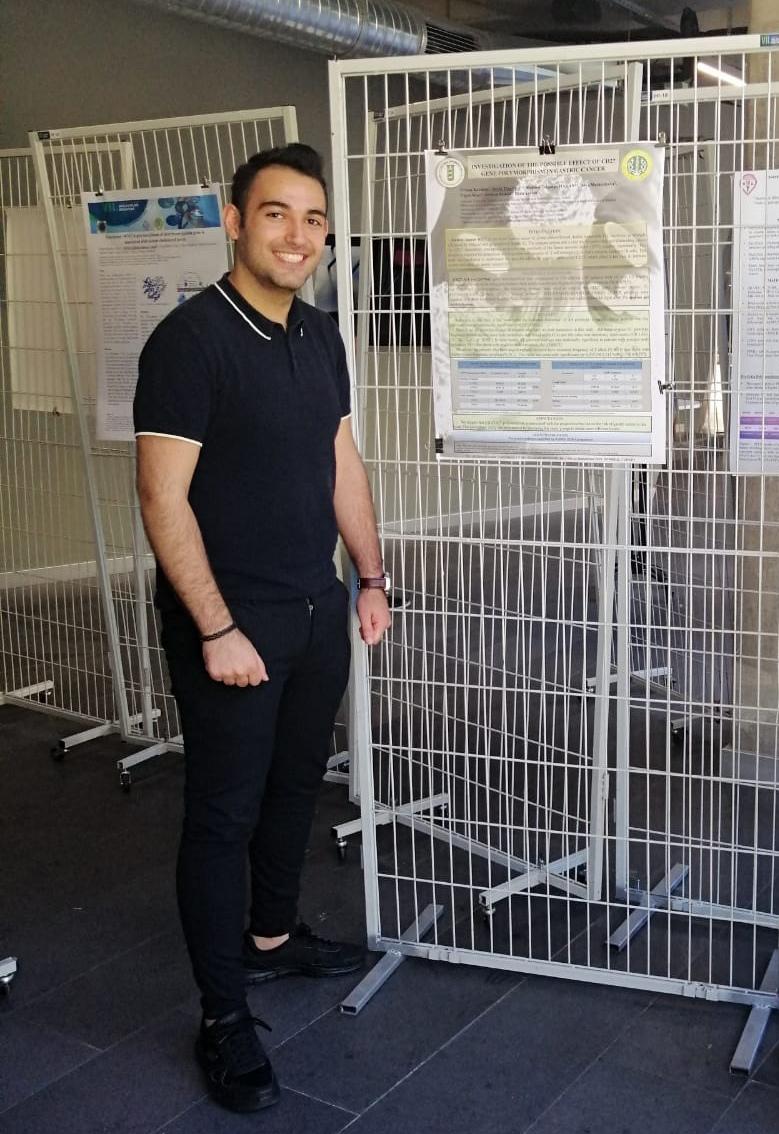 Üsküdar University Faculty of Engineering and Natural Sciences Department of Molecular Biology and Genetics 4th grade student Orhun Karakuş who conducted his study “Investigation of the Possible Effects of CD27 General Polymorphism in Gastric Cancer” and presented as a poster at the 7th International Molecular Medicine Congress.

The study was also supported by the Scientific and Technological Research Council of Turkey (TÜBİTAK 2209 A).

“Gastric cancer patients were included in the study”

In this study, polymorphism studies were carried out to investigate the effects of genetic polymorphism and CD27 gene mutations on gastric cancer, which facilitates the diagnosis of diseases caused by genes and enable them to be diagnosed..

A total of 103 healthy volunteers (49 females and 54 males) were included in the study as the control group.