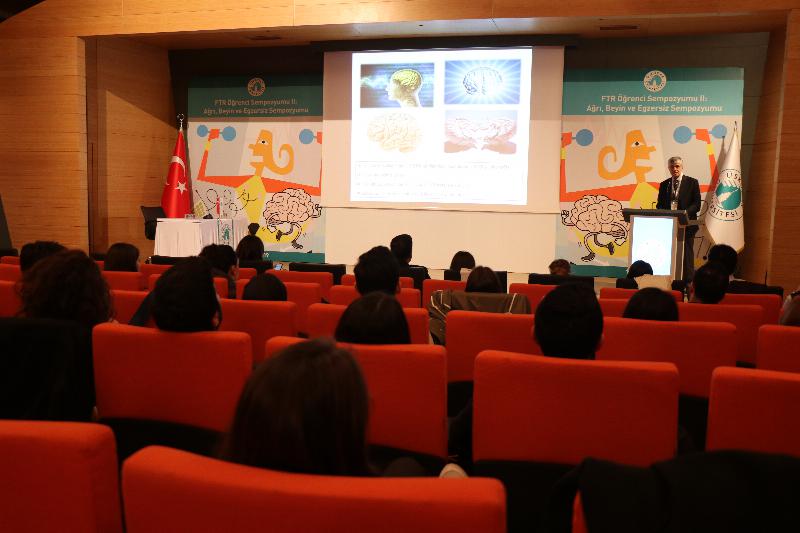 Prof. Uzbay explained the rationale for writing his book “The Invisible Brain”, evolution and the brain from a different perspective. 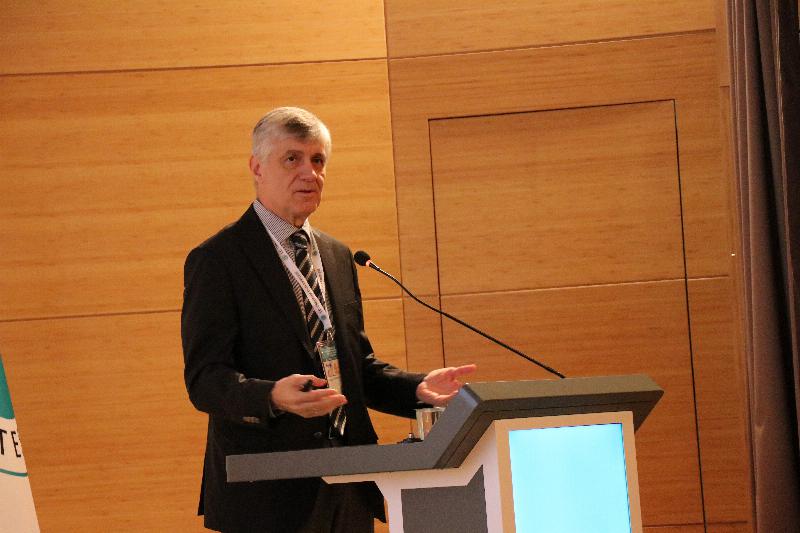 “Brain has never suffered more than in Turkey”

Is heart a symbol of love?

Prof. Uzbay stated that in ancient Greece, Aristo said, “The heart is the central organ of the body. Intelligence is the center of movement and emotions. The most important task of the brain is to cool the heart which is hot and dry.” And mentioned that the heart has become the symbol and expression of love from a very long time. Prof. Uzbay said, “On February 14, Valentine's Day, we still buy gifts with heart-shaped chocolates. Nobody's doing a brain pattern. Actually, the heart is very similar with the brain. Both of them have right and left sides as well as four sections. But the logic of Aristotle still continues.

Sessions were held at the symposium after Prof. Tayfun Uzbay’s speech.

At the first session, Assoc. Prof. Baran Yosmaoğlu moderated the session that was entitled “Crazy Questions About Pain 1”. The speaker Asst. Prof. Fatma Duygu Kaya Yertutanol delivered a speech on “How Does Brain Detect Pain?”. Asst. Prof. Zeynep Bahadır Ağce’s speech was titled “Can we really assess the pain?” and Prof. Defne Kaya’s speech was titled “What and How the Brain Is Changing in Chronic Pain? What and how it changes in the body in the presence of pain?” 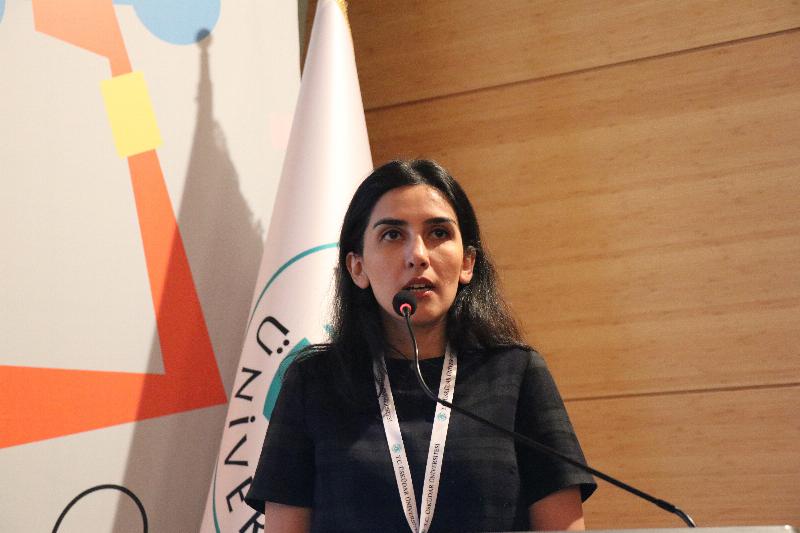 “Pain is an experience related to tissue damage”

Faculty of Humanities and Social Sciences, Department of Psychology faculty member and NPİSTANBUL Brain Hospital Psychiatrist Asst. Prof. Fatma Duygu Kaya Yertutanol gave a lecture on “How Does Brain Detect Pain?”. She started her lecture by mentioning “pain is an experience related to tissue damage”. She said pain is not only a sensory process but a complicated process. She said that when very large trauma and tissue damage occur, people can feel pain without pain awareness or with empathy and imagination. She stated “Our brain decides how much pain we'll feel.”  And explained how pain is formed with a neuroscience point of view. She continued by stating that as a result, in the case of pain; not only painful tissue but also nervous system; is important to be treated by methods such as yoga, meditation and hypnosis. 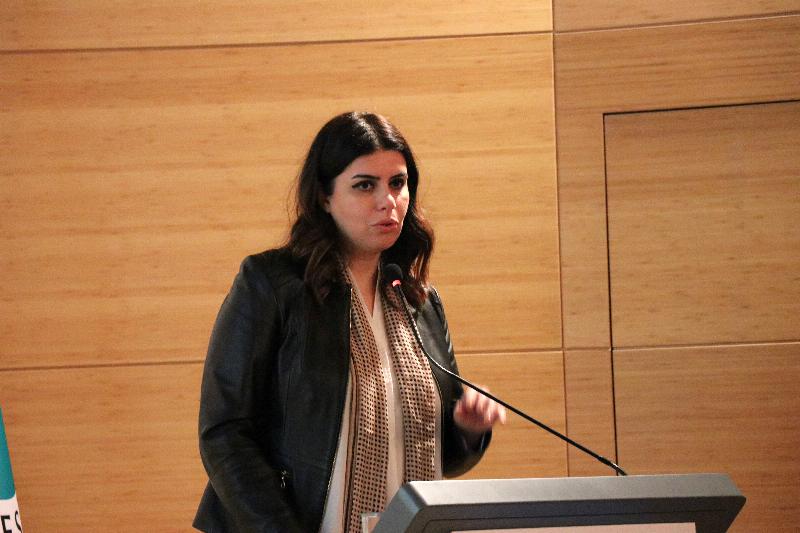 Faculty of Health Sciences, Head of Physiotherapy and Rehabilitation Department Prof. Defne Kaya stated that the brain did not like the hip because the brain gave a much more reaction when the injury occurred below. Kaya said, “It is doing it to protect it. In the process of any injury we take ourselves to the posture and brain does this without our recognition. We as physiotherapists should not just deal with exercise and loosen muscles. We should find the core problem and fix it. What physiotherapists should not forget is that brain responds very quickly to stimuli from the periphery and adapts.”

Prof. Defne Kaya stated that the steps of study of chronic pain and the related pain are asking the patient the symptoms, giving education to the patient, re-evaluating and applying the latest therapy. She shared that she becomes angry as a physiotherapist when she hears that the patients are told to rest and she added “Physiotherapy means movement. The thing that will strengthen the mind as much as the body is exercise. Do not be afraid to advice patients exercise.”

Prof. Defne Kaya moderated the second session. The second session’s theme was Painful Joints, Functional Exercises and Their Effects in Brain and the following speakers gave lecture on the mentioned titles; 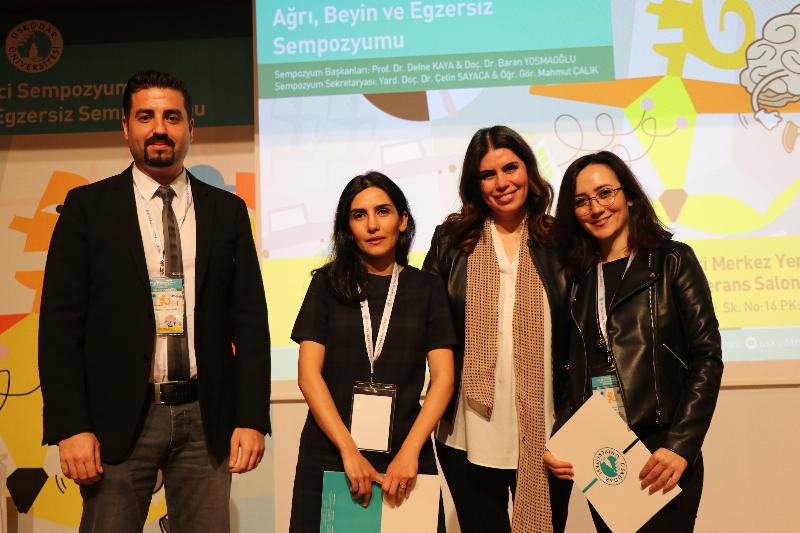 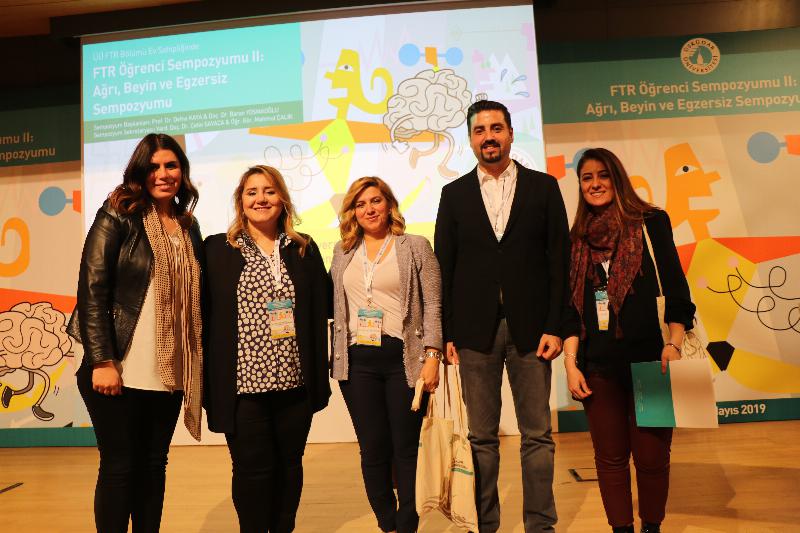 Symposium continued with the workshop “Aromatherapy for Physiotherapists” by the sponsor Pharmacist Ayşegül Birlik.

The symposium ended with taking a photo of the speakers and then taking a souvenir photo. 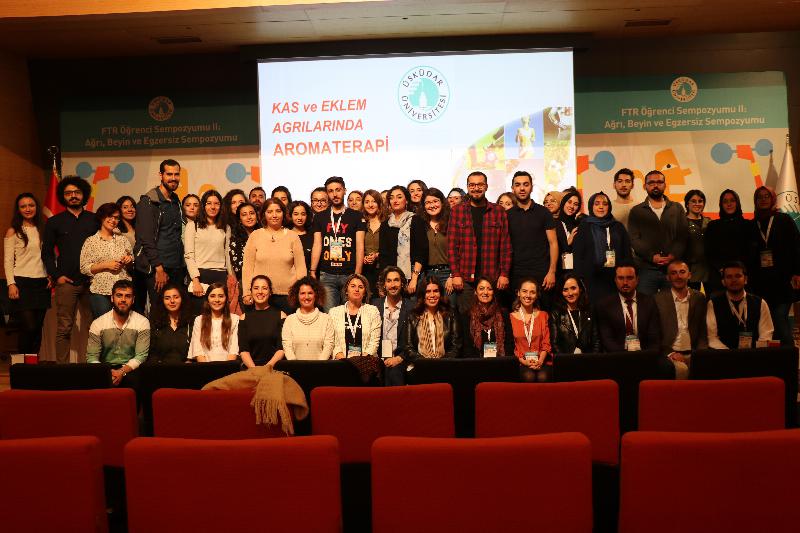