Üsküdar University is hosting an important symposium organized by the Asian - African Universities Association and the Istanbul Science and Culture Foundation within the framework of the November 25 International Day for the Elimination of Violence Against Women. “International Symposium for Women and Global Problems, Solutions and Suggestions” will be held on November 25 – 26, 2022. Scientists from many countries attend the symposium, in which the Princess of the Emirate of Kuwait Naval Sabah, is the guest of honor. Speaking at the opening of the symposium, President of Üsküdar University and Chairperson of the Executive Supreme Board, Psychiatrist Prof.  Nevzat Tarhan said, “We need educations that glorify the resolution of male-female relations through dialogue.”. Emphasizing that the West has a competitive approach to male-female relations, Tarhan added that Islamic culture sees the male-female relationship as complementary. 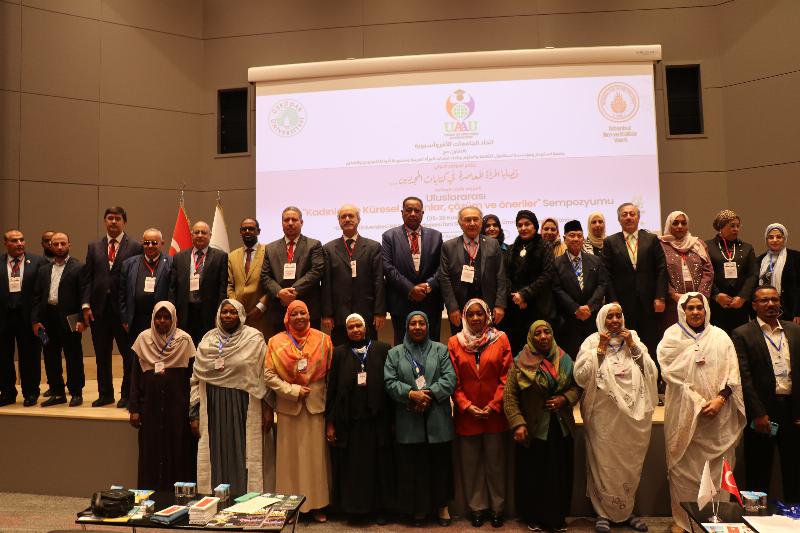 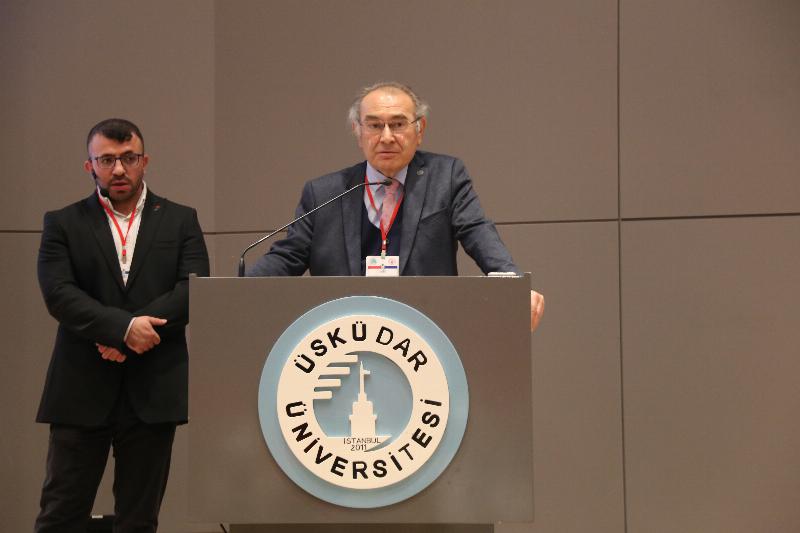 Prof. Nevzat Tarhan spoke at the opening of the symposium

President of Üsküdar University and Chairperson of the Executive Board Psychiatrist Prof. Nevzat Tarhan reminded that November 25 was declared by the UN as the International Day for the Elimination of Violence Against Women in his opening speech and touched upon women's psychology, the differences in the working models of the male and female brains, and the approaches of the West and the Islamic world in their view of the relationship between men and women.

Stating that, a woman was an imam in a mosque in New York in 2003 and he considered this situation as a project on women in the Islamic world, Prof. Nevzat Tarhan said, “I wrote a book called Women's Psychology on this topic. It is now in its 100th edition. In this book, I said that men and women are equal in rights and opportunities, however, not biologically and psychologically. Here, I refer to the life of the Prophet. Men's and women's brains work differently. Especially in the moment of problem solving, the male brain is drawn into a mental shelter. The female brain, on the other hand, wants to share and relax more under stress. If both of them are angry, a fight will occur.”.

Prof. Nevzat Tarhan: “The culture of men and women is complementary in Islamic culture”

Prof. Nevzat Tarhan: “The spirit of this time brings the role of Aisha forward”

Giving examples from the life of the Prophet Muhammed for this understanding in Islamic culture, Prof. Nevzat Tarhan said, “I would like to give three examples from the life of the Messenger of Allah in the era of bliss. The first one is the example of Khadijah bint Khuwaylid. The first wife of the Messenger of Allah, Khadijah bint Khuwaylid is 15 years older than him. She takes care of him. There is a deeply formed male-female relationship. The second is the role of Fatima. Our Prophet Muhammad's daughter, she is married to Ali. She prefers to stay in the shadow of men. Third one is the role of Aisha, a woman who is engaged in science, chatting and giving a conference. All three are correct. However, the Mesopotamian culture, which we are in, is the male-dominated culture, that is, it preferred the role of Fatima more. The spirit of this time brings the role of Aisha forward. However, all three are true.”

Prof. Nevzat Tarhan: “We need educations that glorify the resolution of male-female relations through dialogue”

Prof.  Nevzat Tarhan said, “In the era of bliss, the period of our Prophet is known as the period in which the most rights were given to women in history. All rights such as inheritance law, the right to education, the recognition of the personality of the woman were all given in this period. At the time of the French Revolution in France, there were debates as to whether women were human or not. In other words, after a thousand years… We must not forget that. Especially in the culture of violence, for example, in Babylonian tablets, teachers who were responsible for beating are mentioned. This is the ancient method. We need trainings that glorify the resolution of male-female relations through dialogue.”. Noting that the view that Turkish culture is generally male-dominated is common, Tarhan said, “However, this is not so. In 80% of the society, what women say happens.”.

Üsküdar University Deputy Rector Prof. Mehmet Zelka, on the other hand, said that the university has goals worthy of the name of the university since it is named after Üsküdar, one of the most important cities in the world, one of the districts of Istanbul, which has the most deep-rooted history in terms of material and morality. Prof. Mehmet Zelka noted that as a university, it has 24,500 students, of which 4,500 are international students and Prof. Zelka wished the symposium to be fruitful in terms of presenting important ideas for the solution of problems.

The importance of cooperation was emphasized

Speaking at the opening ceremony of the symposium, Chairperson of the Board of Trustees of the Istanbul Science and Culture Foundation Said Yüce stated that the world is struggling with big problems and said that it will help both women and men to live in accordance with their nature in overcoming the problems. Stating that the biggest danger is targeting the family, Yüce said that precautions should be taken in this regard. 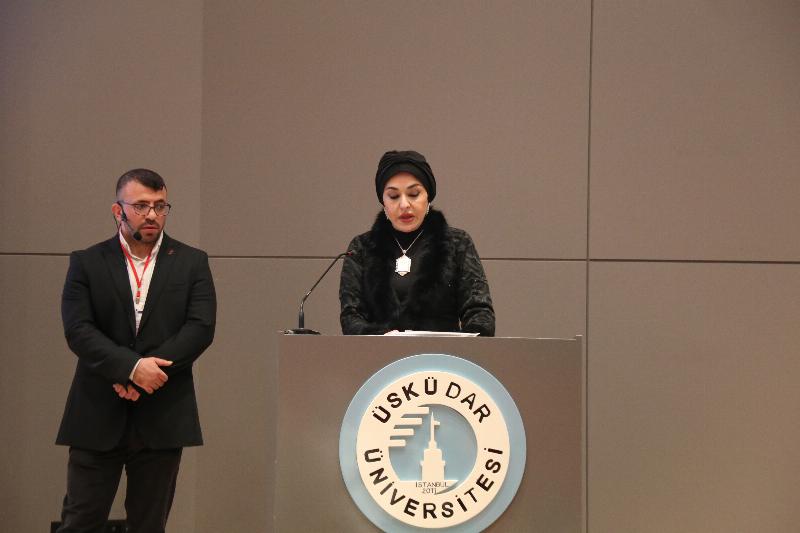 Vice President of the Association of Asian - African Universities Prof. Emel Fetullah Zerkeşi said that as a union, universities in Asia and Africa aim to work together to solve existing problems by making important scientific collaborations. The Princess of the Emirate of Kuwait, Naval Sabah, who attended the symposium as the guest of honor, also talked about the rights granted to women in Arabic countries in recent years. The Secretary General of the Union of Arab Women Leaders, Dr. Hale Adli Hüseyin, Coordinator of Symposium Papers Prof. Sahar Fuat, Rector of Sudan Razi University Prof. Ibrahim Ahmed Abdulaziz Gandur and Deputy Prime Minister of Somalia Prof. Rıdwan Hayresi also spoke at the symposium. 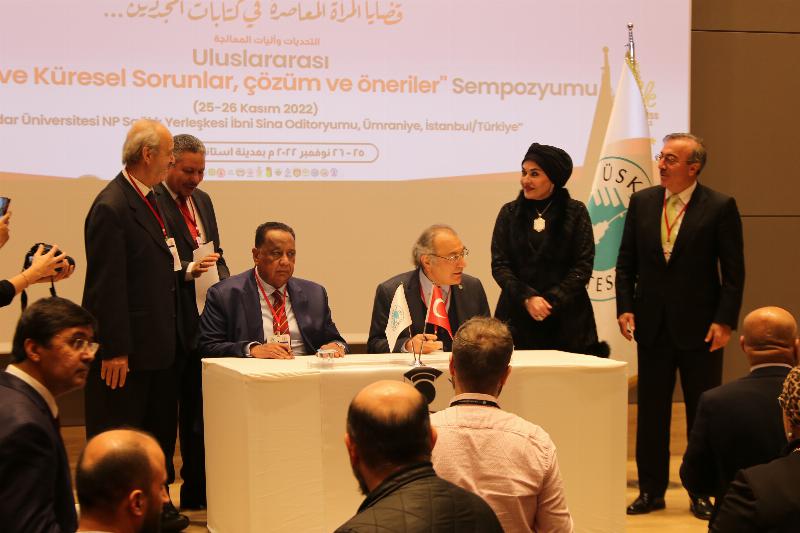 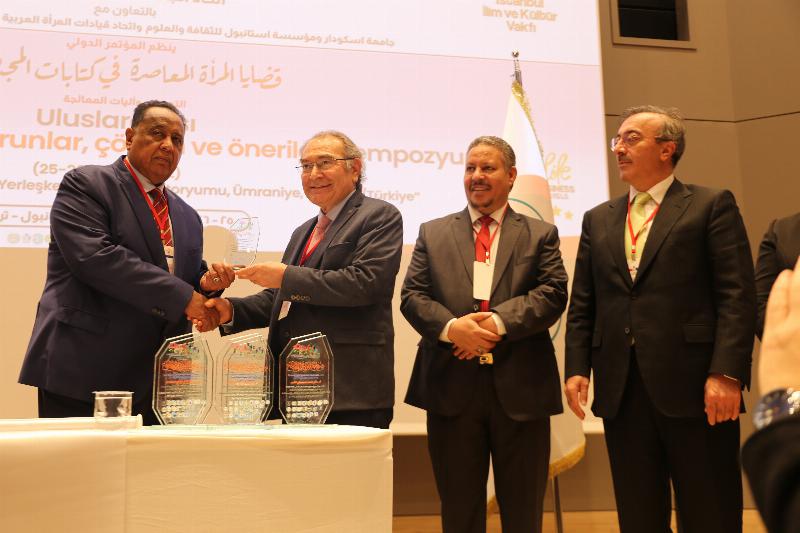 The program continues with scientific sessions. 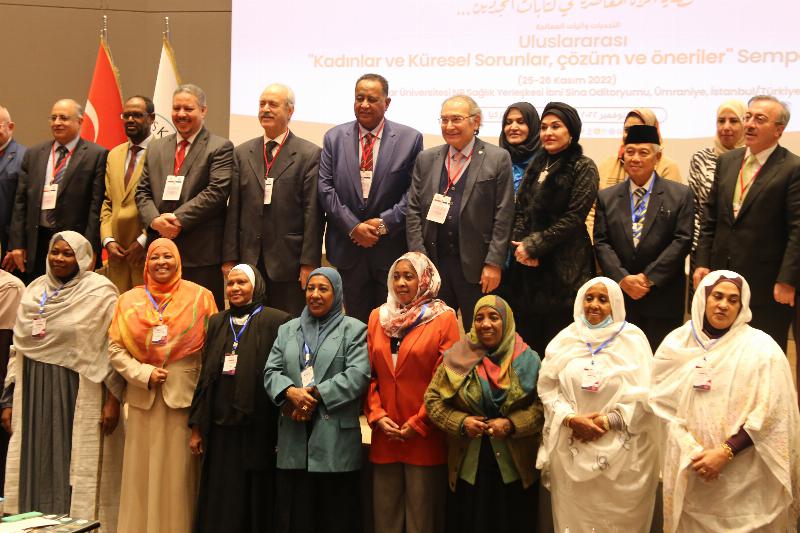