Indicating that the digital addiction is actually due to problematic usage of the technology, Psychiatrist Prof. Nevzat Tarhan said that unexpected rewards stimulate the brain the most and new technologies and digital media stimulate this feature of brain the most. Tarhan said: “You turn on your smart phone and you can reward your brain anywhere and anytime you want.” Tarhan continued: “All of these are behavioral addiction. The reward and punishment system in the brain is disrupted, that is, the brain is still hungry for rewards.”. 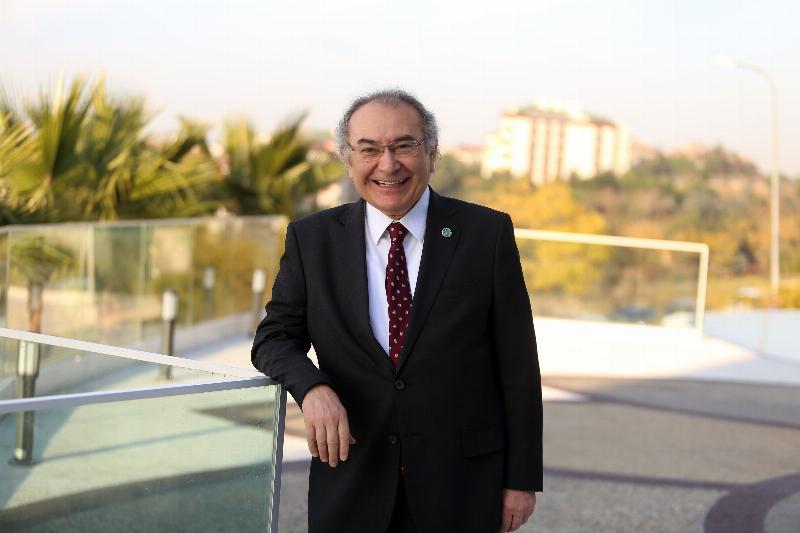 Why do we enjoy using technology?

President of Üsküdar University, Psychiatrist Prof. Nevzat Tarhan made remarks on technological addiction, its reasons and methods to overcome it. Indicating that digital addiction is actually due to problematic usage of technology Prof. Nevzat Tarhan said: “When the wrong usage of new digital Technologies continues for a while, it becomes a digital addiction. However, there is a process of long years of using problematic, troubled and mistakenly abuse of it. Addiction follows this.”

Unexpected rewards are what stimulate brain the most

Touching upon on the reasons why technology is used in extremely wrong and insensible way, Prof. Nevzat Tarhan said: “Usually this is very attracting for young people. It can be accessed easily and it has an easy-to-use feature. Especially, it accelerates human relationships a lot. A person can enter into any situation unsafely while they feel confident in that environment. These technologies appeal to curiosity and astonishment. Curiosity and astonishment that humans have are related to the reward and punishment system.  What stimulates reward in human brain is not the expected reward but it is the unexpected one. Unexpected rewards stimulate brain the most. Expected rewards do not give pleasure as much as unexpected ones. This similar situation is also seen in substance and behavioral addiction. Feelings of curiosity and astonishment trigger the reward system of brain. For example, this can be seen while watching a movie. You try to find the killer and you see one or two hours have passed. Just like this… The pleasure and reward areas of brain get activated greatly.”.

Stating that new Technologies and digital media use this feature of human brain intensely, Prof. Nevzat Tarhan said: “This situation could be experienced maybe once or twice a week when we go to the cinema, however, now this happens every day of the week, every time. You turn on your smart phone and you can reward your brain anytime and anywhere you want.  All of these is a behavioral addiction. The reward and punishment system of brain is disrupted. This is usually called as Reward Deficiency Syndrome, that is, brain is still hungry for rewards. Cocaine also does the same thing to brain in cases like this, videogames also do the same thing, movies also have the same effect.”.

Technology uses the person in addiction

Stating that there are many global researches on technology usage, Prof. Nevzat Tarhan said that Türkiye ranks in the first places in this research.  Prof. Nevzat Tarhan said that there is a mobile user research by a global company which 53 people participated from 30 countries among which there is Türkiye. Prof. Nevzat Tarhan said: “Türkiye appeared as a country which is addicted to smart phones the most. In Europe, smarts phones are checked 48 times a day while they are checked 78 times a day in Türkiye. That is, it is 80% more.  The percentage to look at the phone during night is 40% in Europe while it is 85% in Türkiye.”.

There are similarities with substance addiction in many aspects

Stating that there are similarities between technology addiction and substance addiction in many aspects, Prof. Nevzat Tarhan said: “Criteria for substance addiction is also valid here, as well. What is seen in the substance addiction? We can see that person feels deprivation when they are away from the Internet and they show crisis symptoms of deprivation. It is also seen that person feels stress and anxiety when they are not connected to the Internet.  The person gets angry and that means the addiction has begun.  If there is also using it for a more time than the time that they planned, this is also a criterion for addiction. For example, you think you will spend 15 minutes but you see that a longer time passed. If this affects your everyday life activities, if it causes to delay or postpone your everyday tasks, it is in the border of addiction. It is also seen that tolerance is developed. Let’s say, you need 3 hours but this takes up slowly up to 4, 5 and then 6. That is, you increase the dose gradually. There is a dangerous and harmful usage. It disturbs your school schedule. In literature, it is seen that people who complain their parents because they cut off the connection of the Internet. There are some young people who lost their lives due to heart attack since they spent 27 hours across computer screen. It is that serious. These are dangerous and harmful usage. If all of these is seen, it means addiction has begun.”.

Technology should not be used as reward or threat

Stating that they taught a person to use technology sensible in a psychotherapeutic way in the treatment of digital addiction, Prof. Nevzat Tarhan said “We record a behavior list for our counselees. Especially in adolescence, they use it for an hour. If they follow the rules, they get one plus. When they reached a certain number, they are discharged. When they learn this and parents apply this for their children at home, the child is treated.”. Emphasizing that usage of technology must be limited in a controlled way since very young ages, Prof. Nevzat Tarhan said: “Usage of technology is not recommended especially for children at ages of 0-3. We do not recommend using it as a reward or while the child eats. We do not recommend wrong behaviors such as using it as a threat or letting the child use it when they are insisting a lot. This is a wrong attitude.”.

Children must be convinced definitely by talking

Suggesting that children above a certain age must be talked with about usage of technology, Prof. Nevzat Tarhan said “It is firstly needed to talk to the child. You must tell them ‘you should show behaviors such as acting out or yelling. If you do not do these behaviors, we will talk how and when to use technology.’. When parents talk like this, the child will say ‘My mother and father value me. They try to understand me.’ And child will not react to it. Of course, you must show a decided, consistent and clear attitude here. The loose discipline is seen the most in children who have this addiction. One day, parents say yes and other day they say no. Mother says yes but father says no. That is, there is not a common language here. An inconsistent environment without rules is created. A child must accept the leadership of their mother and father at home. Here, it is important to show a leadership without looking down.”.

How should be usage of technology according to age?

Stating that usage of technology can be limited according to the age of children, Prof. Nevzat Tarhan said that it is also necessary to teach children about time planning. Tarhan said: “We recommend that the usage of technology does not exceed over 2 hours until age 15. Especially, parents must let their children to use it for half an hour until age 6.  This period can be increased during holidays. 1 hour should not be exceeded between ages 6 to 12.”.

These children feel unhappy and lonely

Indicating that children who use technological devices a lot, are not happy, Prof. Nevzat Tarhan said “There is no sympathetic and warm environment at home. They feel lonely since there is no one to talk at home. They tend to use technology when they feel lonely. If they could feel not lonely, if there would be an environment they can socialize or they could spend time with their family, the child will not be stuck in that. A child depends on computer or a substance when there is no environment to depend on in the family. A need of being depended on something is a cerebral and neurological need of an individual. That is why, it is very important for communication with children to show a positive attention instead of a problem-focused attention.”.

An individual must learn to use their brain

Stating that a person must use the principle of “stop, think and act on it!” in their fight against addiction, Prof. Nevzat Tarhan said: “The frontal part of brain says ‘first stop, think and they do it.’. The brain must be trained with this. It is important that a person learns how to use their brain. A person can achieve to control themselves on their own; however, an expert help is needed if the person cannot achieve it on their own. Children must be taught how to use it sensible and with digital literacy.  A child takes their parents as a model. A child usually imitates what their parents do.”.