Author Prof. Nevzat Tarhan who reach a great number of audiences in many countries around the world with his books selling over millions of copies, was presented with another award by Indonesia this time. Tarhan with his books “Rumi Therapy” and “Psychology of Faith” translated into Indonesian language, have entered into ‘Bestseller’ list in Indonesia. Tarhan was presented with an award by President of “Indonesian Neurosurgical Society” Joni Wahyuhadi within the scope of G20/ N20 summit. 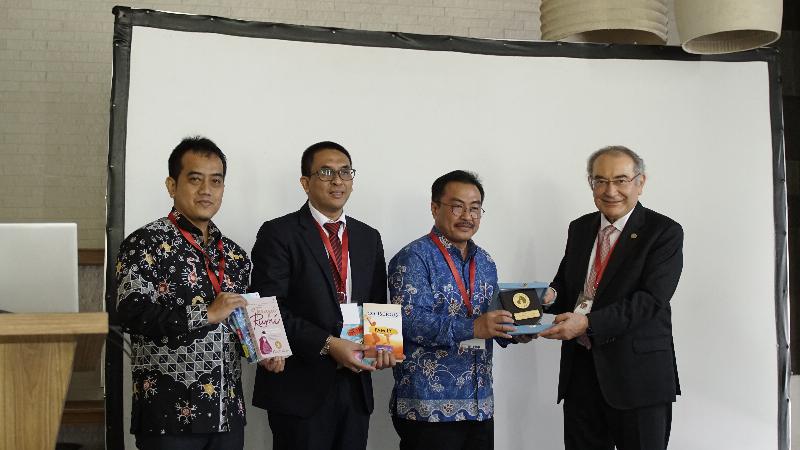 Tarhan was surprised with an award presentation when Tarhan visited Bali, Indonesia to participated in 9th summit of G20 - Neuroscience20 (BRAIN- SPINE- MENTAL- HEALTH) held by Society for Brain Mapping and Therapeutics (SBMT) where globally distinguished scientist in the field of neurosciences gather.

After “Rumi Therapy” and “Faith of Psychology” books were translated into Indonesian language, they reached a large audience in the country and its district and Tarhan’s books were into the ‘Bestseller’ list in last months.

The country presented “Bestseller” award to the author who received great attention.

Tarhan was presented with an award by President of “Indonesian Neurosurgical Society” Joni Wahyuhadi within the scope of G20/ N20 summit. 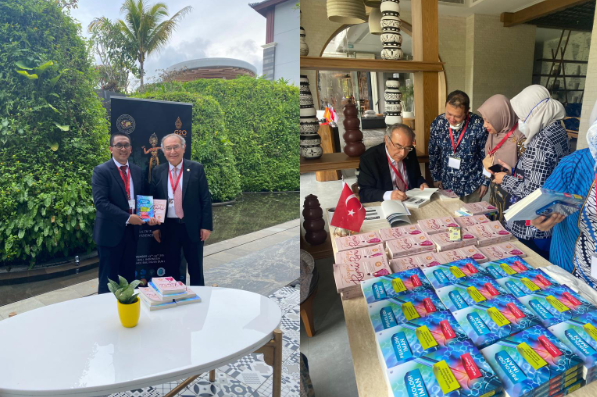 A signed book to members of N20 delegation…

Tarhan’s books were evaluated as “an outstanding book which syncretizes science and belief together” by his readers and they were shared with N20 delegation members with signature of Prof. Nevzat Tarhan.

Books written by Prof. Tarhan sells over 1 million copies, which is an indicator of a phenomenal success. All income obtained from the book sales are donated directly to the Tarhan Foundation.