Prof. Nevzat Tarhan: “Therapy is not just science but it is also art”

President of Üsküdar University, Psychiatrist Prof. Nevzat Tarhan was a guest on the program titled “Vapurda Çay Simit Sohbet (Tea, Simit and Chat on Ferry)” which is a loved show seen on the screens. The last guest of the program was Prof. Tarhan, which has been over 10 years on the screens of TRT Haber channel with many esteemed guests on every Sunday.  Tarhan made sincere remarks in the program where Ömer Öztürk is both producer and host of the program.  Sharing his remarks on psychiatry, meaning of life and leadership, Tarhan underlined that psychiatry is not just science but it is art at the same time. Tarhan said: “It is necessary to lead the right questions to the counselee. This requires experience and craftsmanship. That’s why there is an artistry aspect of therapy. Therapy is not only science but also art.”. 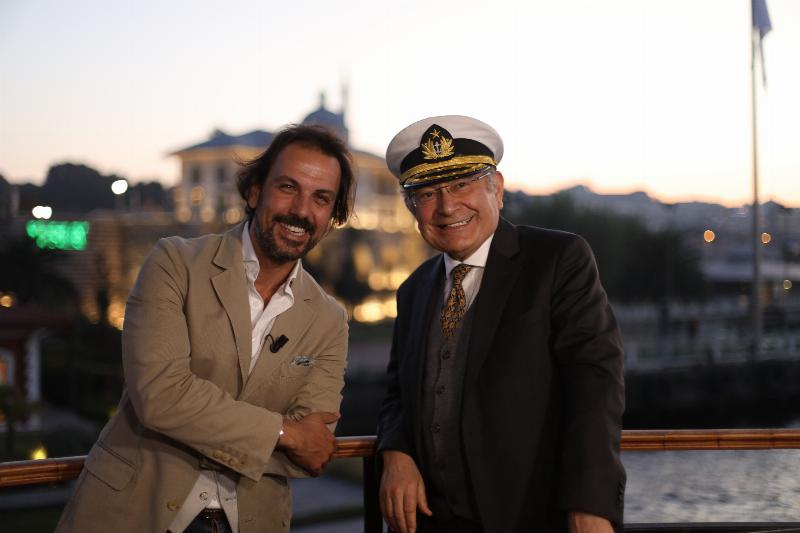 Expressing that the biggest compliment in a person’s life is the compliment that a person gives to themselves, Tarhan said: “Being able to be content with little achievements you had is something what motivates a person. A life style focused on other’s compliments can lead a person to wrong direction. It is a narcissistic discourse to be filled by that kind of compliments. Narcistic people are filled with praises and compliments. Compliments are useful if they are befitting. It increases motivation. Some people make compliments on anything whether it is necessary or not; however, in that case, compliments lose their effect.  Some of them are very common in our culture, sometimes compliments are not heard but there are many criticisms. Even, there is a worldwide research and, in the research, words are chosen among ‘yes’ and ‘no’ that parents tell to their kids. The word no is used 432 times while the world yes is used 30 times. Therefore, the child perceives their parent a factor applying pressure. However, to see positive qualities in the child and to improve them are more important than to see negative aspects. This motivates the child better.  Since we are living in a time where egos are getting bigger, new generation perceives criticism as threat.  This is something that leads a person to wrong direction, and it causes a person not to see their own mistakes.”. 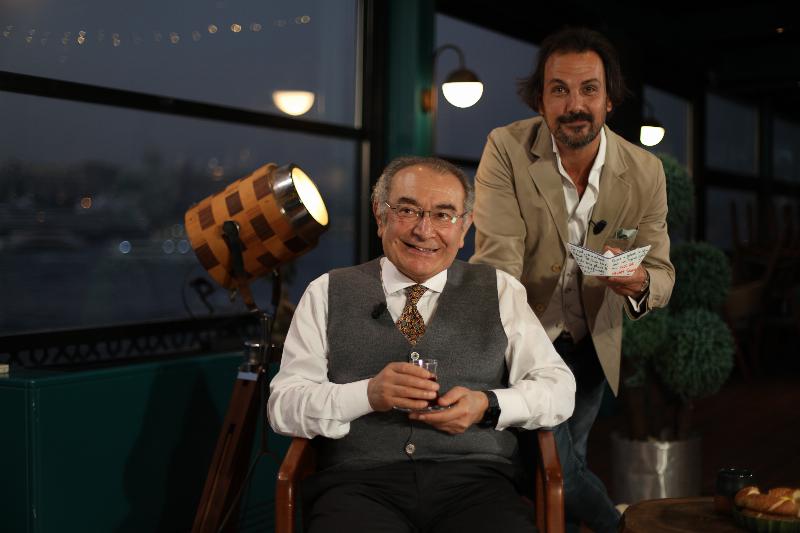 “Love what makes the universe revolve”

Expressing that love brings out the meaning of life, Tarhan emphasized that we must be the captain of the ship of life. Tarhan said: “To love is a feeling what revolves the universe, loving is a feeling of attraction. The object of love is more important than love itself; what you love is more important.  For example, when a baby is born, firstly they are afraid and their first reaction is crying.  Later, they search of a person to nestle.  The feeling of love is activated and the child nestles into the mother, and then the trust relation starts. A child makes first investment of love in their mother. When they grow, they make their investment in their father, siblings, toys, objects and life. Later, they begin to make this investment in society, their country, humanity, the creator when they are getting older and then they can distribute this love in the right way.  Rumi says ‘Human is like a ship in the sea. The sea is the world, if you have the sea inside, you sink. However, if you do not get the sea inside which is the material things and if you sail on the sea, it will reach you the destination.’.  A person must accept the meaning of existence within themselves. If a person thinks the questions ‘What is life, what is death, what is the life after death?’, a person receives that. They receive the journey of life and they see the life as a ship. Now, we are actually on a ship as well. A person who cannot be the captain of their own life, they cannot be the caption of a family.”. 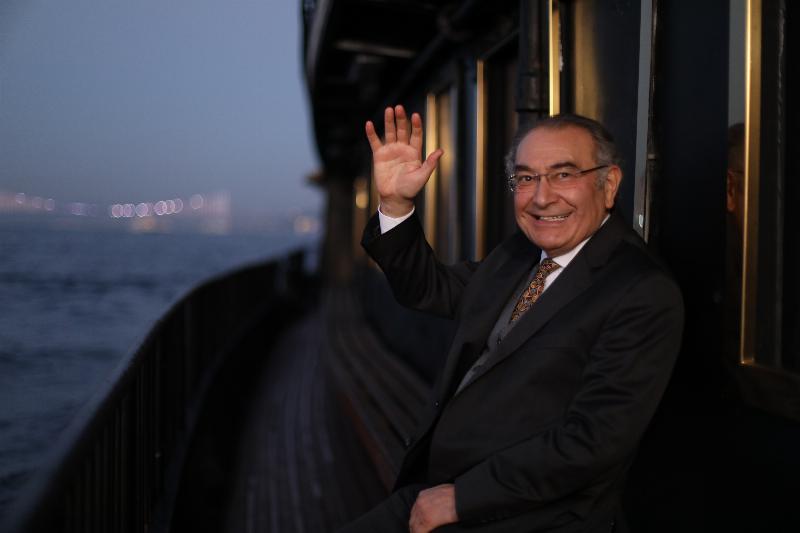 Stating that the most permanent learning is to teach somebody else in the pyramid of learning, Tarhan pointed out the importance of emotions in permanent learning. Tarhan said: “Things that are told can be forgotten, things that are seen can be remembered: however, a person never forget what they did. There are things which a person thought to others on the top of the learning pyramid.  In the second stage, the information learned does not stay on the mind but it stays in the brain if there are the related feelings and emotions, if there is a related story, life scenario or experience. Knowledge is something can be multiplied when you share it with people. Knowledge is opposite of money with this regard.”. 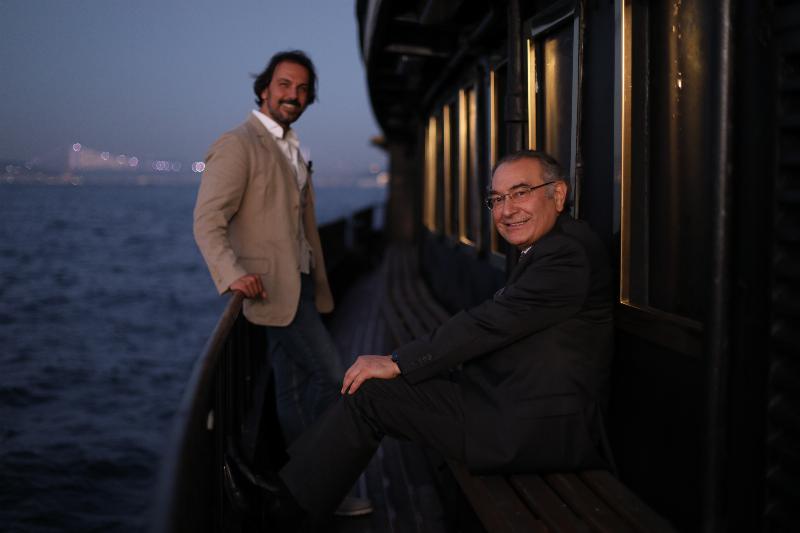 Making remarks on management of leisure time and auto analysis, Tarhan touched upon the important of thinking the actions. Tarhan said: “According to institutional charity works, commitment of a person to their works is because firstly they like the job they do, secondly they feel safe and thirdly it is their wage. A person must determine their goal correctly and they must like their jobs.  Either they will do a job they like or they will like the job they do. In this way, the job goes beyond being a job. It become not tiring anymore, it becomes happiness. Now, instead of leisure time we use ‘free time’. A person must use their leisure time according to their methodology. Leisure time must be planned.  In innovation and entrepreneurship there is a 15 percent rule. If a person wants to discover a new thing and they do not want to do it in classic way, you apply the rule 15 percent if you are a visionary leader and entrepreneur, as well. If you do a task for 10 hours, spare it 1,5 hours to think about the task. Think about your thoughts and what you do. Here, there is a self-criticism, questioning yourself and auto analysis in a way. This is a great skill, this is acquired with a special training.”. 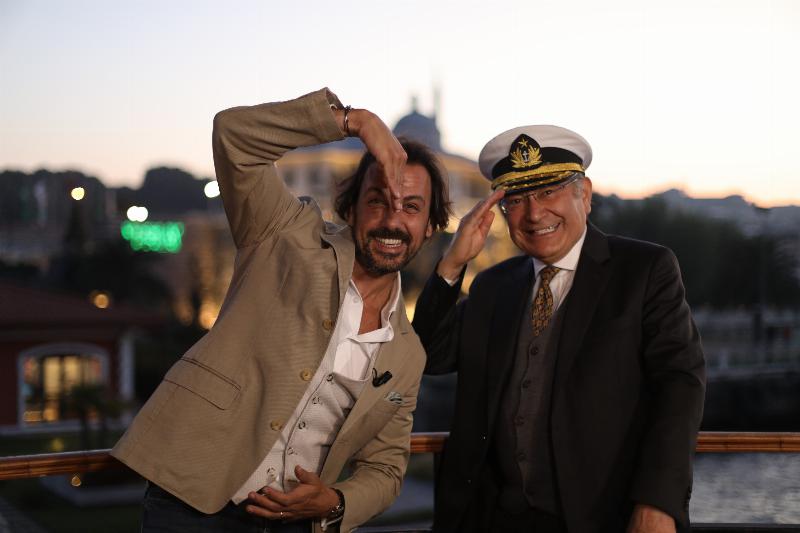 “Benevolence is not one-sided, it is two-sided”

Tarhan made remarks on ‘silent kindness’ concept and expressed that doing kindness is not one-sided and it benefits both parties doing and receiving the kindness. Tarhan said: “A person must achieve to draw their lines if they have to live with a narcist person such as their partner. A person must draw their social and relationship lines. A narcist person always wants to be the one who receives and to dominate. They want to keep their area wider by using their economical, emotional and sometimes cultural power.  They create a domination area for themselves.  You must say no to these type of people with its reasons. Narcissistic people must be restricted with its reasons. We give a ‘silent kindness’ homework to narcissistic people. We want them to do kindness without expecting something in return. Narcist people do not like this kind of situation, they want to let everybody know when they do an act of kindness. I have worked in GATA (Gülhane Military Medical Academy), our professor used to say if a child that he helped was happy, he said he would be happy twice. He told that he was doing kindness only for this reason.  That’s why doing kindness, benevolence is not one sided, it is two-sided. Our ancestors, that’s why, say that the one who gives is the winner. When the giver does kindness, happiness hormones are released on their brain. Happiness hormones are released in brain with feeling of mercy. Those with higher emotional intelligence are happier, in that way, society becomes happier too.  The capitalized system which used to tell that the happiness can be by receiving, now teaches to be happy by giving. The education under the title of ‘mindfulness education’ is even given in American primary schools. We have started to teach mindfulness techniques under the course titled ‘Positive Psychology’ in our university in 2013. Harvard has started it in 2015 and Yale has started it in 2018. I do not like to talk assertively, however, I think I deserve to talk assertively regarding this matter. Positive psychology is actually psychology of happiness.”. 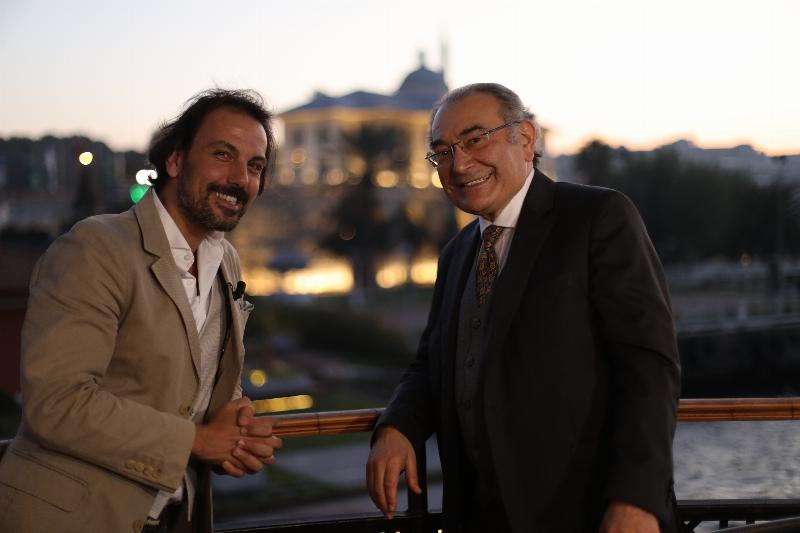 “I resemble wise sayings to road signs in traffic”

Expressing that wise sayings shows the way just like road signs in traffic, Tarhan said they are appeared after an incubation period. Tarhan said: “Words of wisdoms have a period of occurrence and incubation. A person focuses on a topic on their mind, they dream and later it comes to their mind unexpectedly during the incubation period. Pieces are connected. Many words of wisdoms and poems have appeared in that way. Words of wisdom are actually a rational intuition as a result of an accumulation, it is a sensible intuition. For instance, my father says this wise saying a lot, I never forget it. He used to say ‘I have never seen satiety in crookedness and hunger in evenness.’. For example, this wise saying is a saying rooted in our Anatolian wisdom. I resemble these words of wisdom to road signs in traffic. The road signs exist to show where to go. When I see words of wisdom, I examine what is aimed to be told.  To understand words of saying, skill of abstract thinking is needed. For example, children between ages 6-7 cannot develop abstract thinking yet. It is also disappearing in people with Alzheimer’s Diseases. If you ask a patient with Alzheimer’s Diseases what ‘little drops make a pound’ means, they will answer water is collected. Abstract thinking is the function of the frontal area of brain. It is not seen any living other than humans.”. 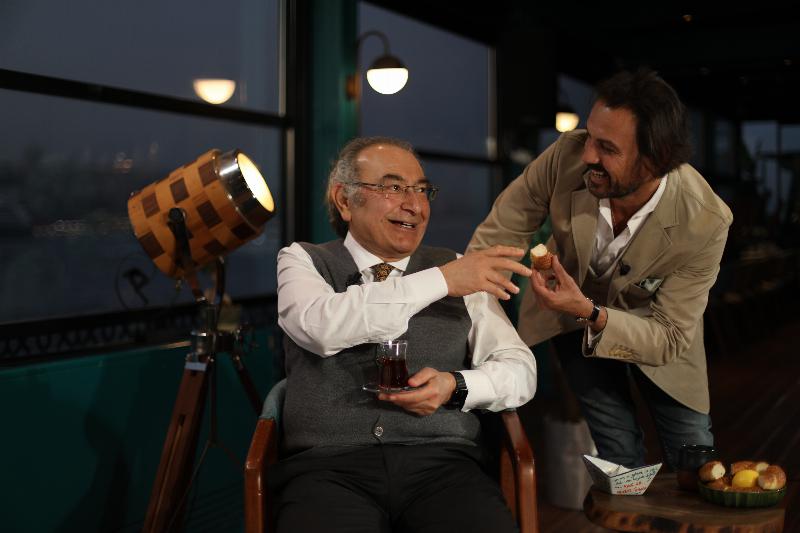 “Therapy is not only science but also art”

The host Ömer Öztürk asked if the patient always chooses the doctor or there are any examples where the doctor chooses the counselee and Tarhan expressed that he had never a case like that before and said: “I haven’t experienced this before. In my own professional experience, I have been constantly in the field; therefore, I did not have time for something like this. However, I have tired to improve myself and even there is a method called ‘magical chair’. In this method, the person you have problem with, is seated on a chary and you ask questions to them and you also answer the questions by empathizing with that person. It is a psychodrama method. By applying this method, I have tried to improve myself. In a patient-therapist relation, there is a therapeutic alliance. That is, trust relation, alliance and cooperation is important in the therapy. Some patients visit and they claim ‘I have said what I wanted and I impressed the consultant.’. Those counselees with that intention object to everything you say. When I feel that I say this ‘do we agree that we do not agree on anything, right?’. That is, we only agree that we disagree.  Then, they come again. We give the message that I want to get along well with you. Here, I have this information set, you tat have that information set. I want to transfer this information suitably to you. That’s why, you must be an active listener. Sometimes they say I went to a doctor, they do not say anything, they always listening… It used to be like this in the past, now you must lead the right questions to the patients. This requires experience and craftsmanship. That’s why therapy has an artistic aspect. It is not only science but also art.”. 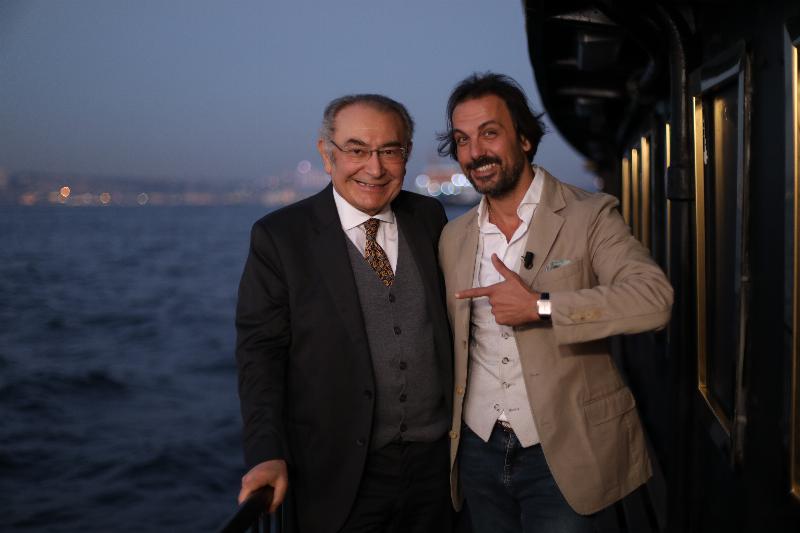