Speaking Turkic languages Volunteers from 10 different countries and autonomous region gathered together in the Wikidata İstanbul 2022 Conference held in Üsküdar University between 21-23 October, 2022.  Established with cooperation of the volunteers Wikidata is a wide database supporting over 300 Wikipedia language version. A cooperation is aimed for a more efficient usage of Wikidata in the conference. President of Üsküdar University Psychiatrist Prof. Nevzat Tarhan made an opening speech and emphasized that environments enabling free though must be for new discoveries and said “There will be no entrepreneurship, science or discovery in a place without freedom. Only others discover and we can be only its users. Others produces, we become its market. As communities that are developing and speaking Turkish language, we must certainly encourage scientific freedom if we want to be the subject of the science.”. 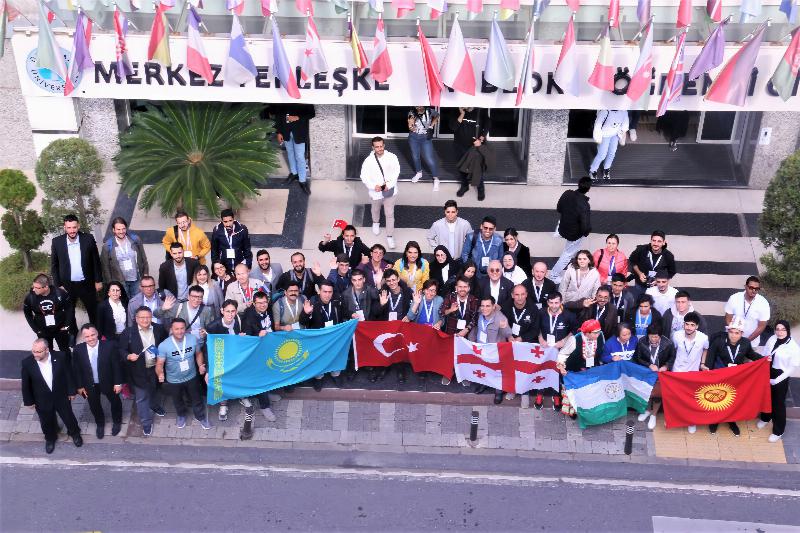 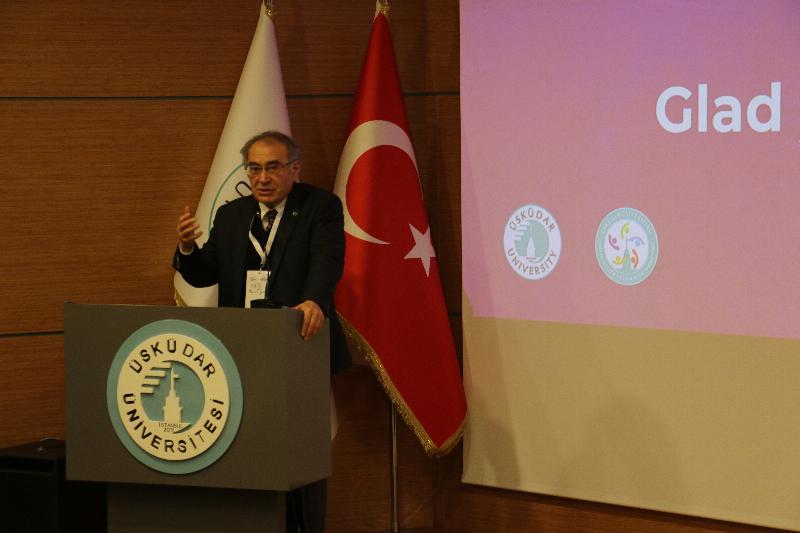 Prof. Nevzat Tarhan: “There will be no entrepreneurship, science or discovery in a place without freedom.”

Wikidata İstanbul 2022 Conference will be continue for 3 days in the Prof. Ayhan Songar Conference Hall in Main Campus of Üsküdar University in İstanbul and it aims to supports works to improve information and skills of volunteers speaking Turkic language and therefore, they can make information on their culture and languages accessible on the Internet. 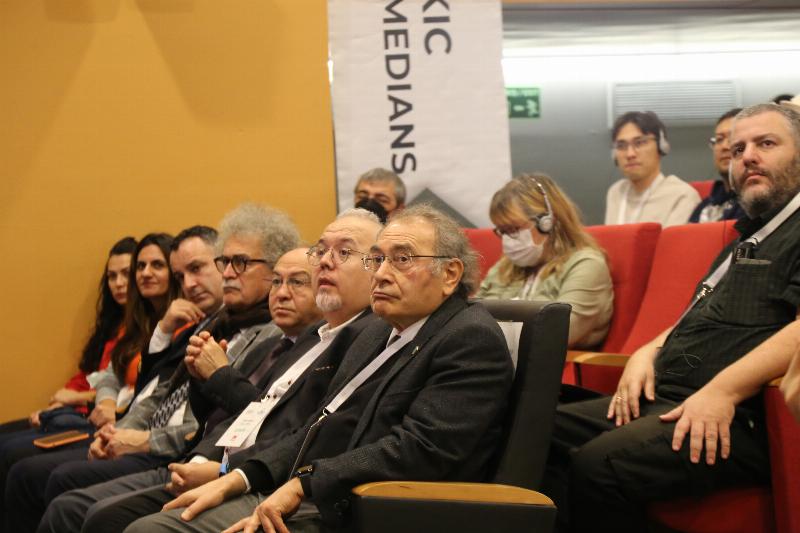 Participants from countries Turkic languages are spoken, are gathering together

The conference held in cooperation with Digital Information Association and Turkic Languages Wikimedia Community gathers participants from Azerbaijan, Bashkortostan, Georgia, Iran Azerbaijani Kazakhstan, Uzbekistan, Saha, Tatarstan and Türkiye.  Participants are also information volunteers supporting Wikipedia in their countries and brother projects (Wikidata, Wikiword, WikiDictionary, WikiSource and so on) in content writing, translation, coding and they aim to develop new cooperation in the conference.

Participants from Italy, Israel and India also followed the conference.

President of Üsküdar University Prof. Nevzat Tarhan started his remarks by wishing a productive and efficient Wikidata event in his opening speech. Stating that a university has 4 main function Prof. Nevzat Tarhan said “First of all, to make students gain a profession, secondly, carry out R&D studies, thirdly to inform the society and lastly to enable the information turning into a product, that is, to commercialize. Now we are holding a conference of an institution which facilitate informing society. We say that we are glad that Wikipedia exists to shares references in order to reach information closest to the fact and to enable science to be in service of societies.”. 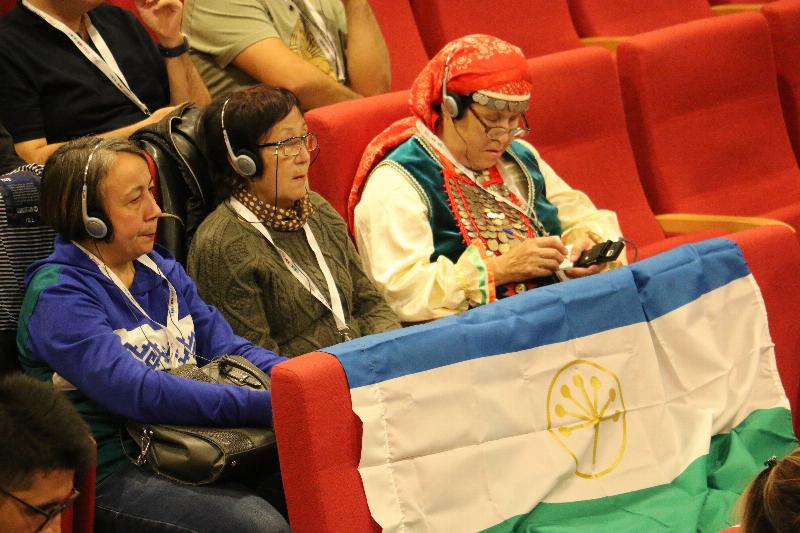 Prof. Nevzat Tarhan: “Closing the gate of Wikipedia does not suit to Türkiye”

Stating that it is important to get rid of gossips, superstitions and paranoias Prof. Nevzat Tarhan said “Wikipedia is an important gate to reach the right information and truth. This gate must always stay open. This door was closed for almost 3 years. Actually, that was something not suiting to Türkiye.  When we examine developed and under developed societies around the world, we see important differences. In underdeveloped societies, there is usually only on type of person which we call monolithic. Those work with chain of command and they have culture of do not ask-do not think – obey.”.

Stating that it was realized that there will be no liberal economic market, inventions, innovations and entrepreneurship without free thought market Prof. Nevzat Tarhan continued with remarks “It cannot be said that ‘I command you to be an entrepreneur’ within chain of command.  There must be freedom environment, free discussion and opposition, there will be objection, opposite opinions and it will be objected. Therefore, the truth will be found. In 1850s Namık Kemal said ‘Clash of ideas will cause a spark.’.  We cannot say that this idea is not still spread but that is the course of the world. Discoveries happen in societies where truths can be discussed and free discussions on opinions can be done. They are called high safety liberal societies. Everyone tell their opinions and they are not punished due to this.”.

Prof. Nevzat Tarhan: “It is a sign of confidence to let others question you”

Stating that scientists also have right to talk nonsense time to time Prof. Nevzat Tarhan said “Sometimes scientists can talk nonsense too and they should not be trolled immediately. Brain storm will be done and eventually the truth will be revealed with objections emerging after opposite opinions. That’s why, it is very important to have discussions within free thought and to have this as a culture.  It must be idealized to be accepted by the society.  In foundation motto of our university, there was criticizability, liberalism, pluralism and participation. You should not be disturbed by being criticized. Being questionable and measurable is an indicator of confidence in a person. Those who yell a lot actually try to protect themselves by shutting other peoples to satisfy their ego due to their lack of self-esteem.”. 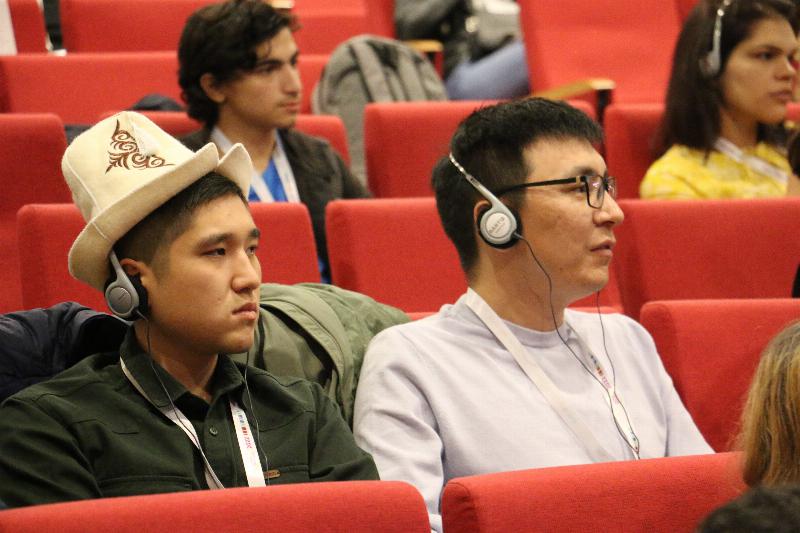 Prof. Nevzat Tarhan: “Without freedom, there will be no science and discovery”

Reminding that Wikipedia created a slogan of free media Prof. Nevzat Tarhan continued with his remarks: “There will be no entrepreneurship, science or discovery in a place without freedom. Only others discover and we can be only its users. Others produces, we become its market. As communities that are developing and speaking Turkish language, we must certainly encourage scientific freedom if we want to be the subject of the science. In these cases, the talent within us will be developed, as well.  It cannot be called as school if there is no questioning. There is a system where there is no contemplating or objection. They call it as direct democracy. It used to be called as militant democracy. That is, a person commands and others obey. This approach cannot catch the era. It is very important for us to defend and sustain a freedom environment. I appreciate what Wikipedia is doing globally.”. 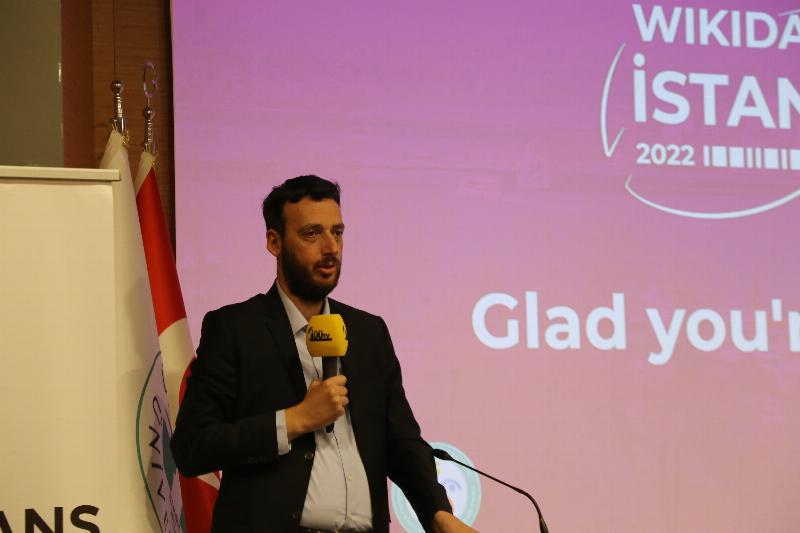 Üsküdar University Digital Technologies and Software Director and Founding Member of Wikimedia Turkic Languages Users Group Hakan Özdemir thanked Üsküdar University and organization team and said outcome of the conference will be beneficial. Özdemir said “The aim of our event is to increase the cooperation between countries speaking Turkic languages. We are here today with a goal we established in a meeting we organized in 2019, Sweden. From now on, we hope to move forward by increasing this cooperation more. Our event is the third Wikimedia event hold in university but this will be an international event differentiating from other events. It is an eligible event for both our country and university. I thank our President of Üsküdar University Prof. Nevzat Tarhan for supporting us with his vision on development and importance of information and sharing it within this scope.”.

Başak Tosun: “Wikidata is an important tool to create content in our own language”

Digital Information Association Secretary General Başak Tosun indicated that there are volunteer who contribute to Wikipedia and brother projects such as Wikidata, Wikiword, Wikidictionary, etc. İn Türkiye and countries speaking Turkic languages and said “we organized this event to help volunteer familiarized with each other, to research cooperation opportunities, to introduce Wikidata closely and to use it more efficiently. Wikidata is a very helpful tool tp develop contents in our own language, to make it current and accessible more, and to transfer our culture, accumulation and language to the work. This year, Wikimedia volunteers celebrates 10 years of Wikidata and we would like to celebrate it by gathering together here, as well.”. 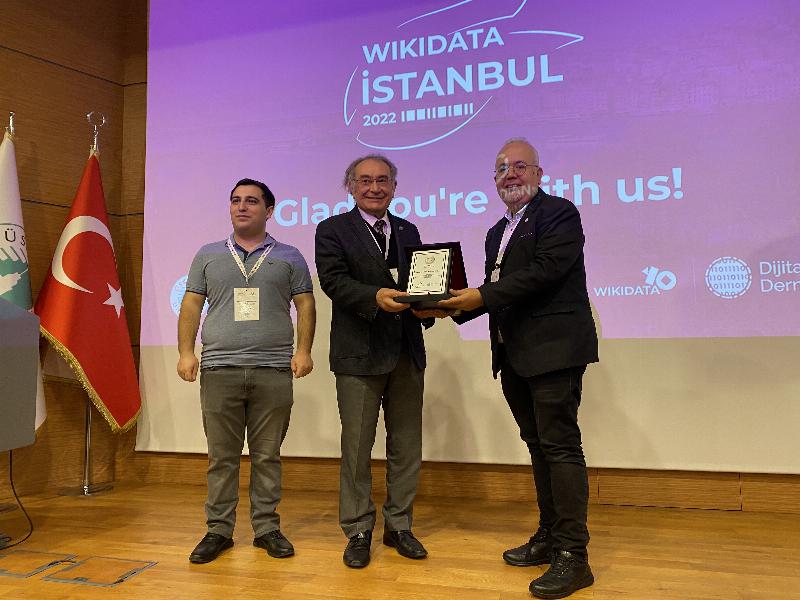 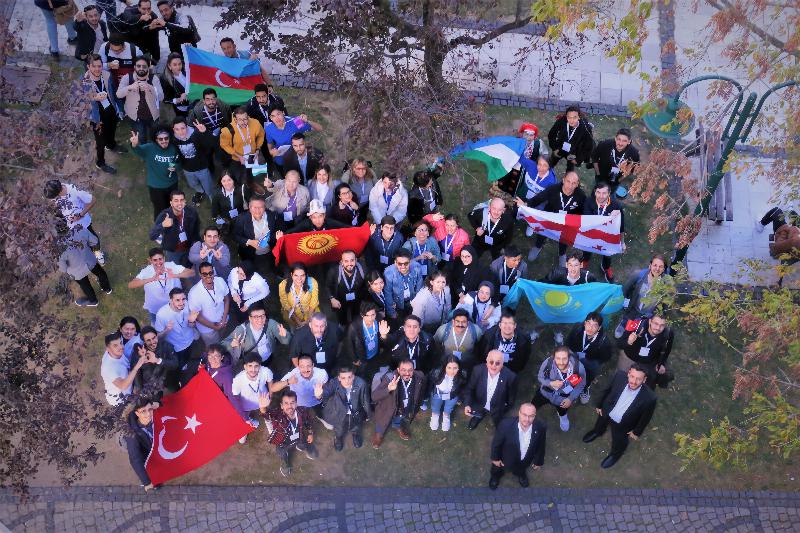 They took a souvenir photo together

Prof. Nevzat Tarhan was presented with a plaquette in the program that drew great attention.  Participants took a souvenir photo together with flag of their countries.

In the conference that will continue on October 22-23, presentations will be done on the topics as follows: how can data be questioned in the Wikidata projects and how can data be shared; what are the inspiring projected carried out in different working areas and countries by using Wikidata, using Wikidata in recording Word information of a language , workshops  besides local activities participants developed in their country and introduction of different joint information organizations in Türkiye.