Can Obsessive Thoughts Start with Misgivings?

Üsküdar University President and Psychiatrist Prof. Nevzat Tarhan remarked that obsessive behaviors and thoughts named as Obsessive-Compulsive Disorder (OCD) can affect individuals’ life quality and Tarhan stated that obsessions are seen in people who are quite the perfectionist.  Tarhan highlights on that those people cannot manage attention and time well and said obsessive thoughts are initially seen as misgivings. Prof. Nevzat Tarhan recommended to overcome with the intrusive thoughts for the first time by shifting the attention. 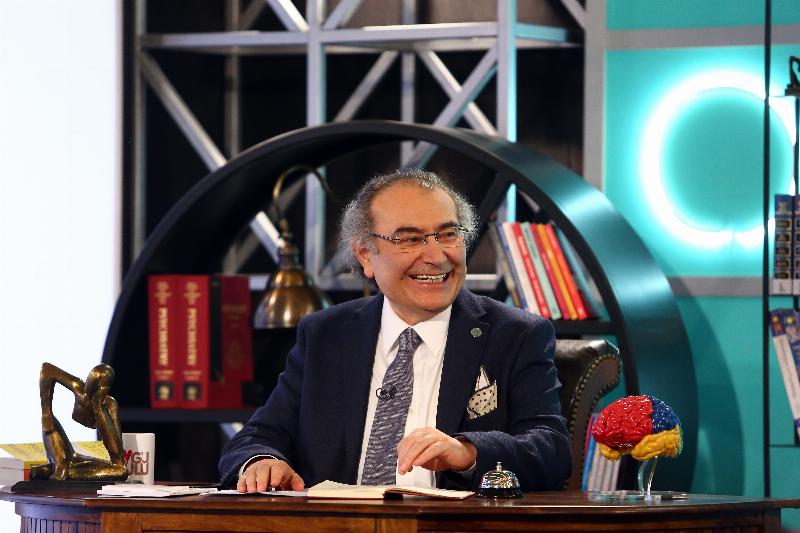 Remarking that obsessions named as OCD is a situation that is known as misgivings colloquially, Prof. Nevzat Tarhan said “Obsessions are seen in the 2% of the society, that is, it is a case which is seen in 2 thousand people in a city with 100 thousand population.  We can say that these obsessions that became a disorder, are seen not that rarely.”.

Prof. Nevzat Tarhan said that some obsessions that are not in the level of disorder and not require to see a clinical physician, can be seen between 13 thousand and 30 thousand in every100 thousand and added “It can emerge in a period of these people’s lives and it can disappear later.”.

A person cannot get the thought out of their mind

Prof. Nevzat Tarhan said that in an obsessive behavior, an obsessive thoughts and obsession, the person knows that it is irrational and meaningless, however, they cannot get it out of their mind and Tarhan stated “Even though the person knows that this situation is unusual and irrational, they cannot get that thought out of their mind. That thought controls them. Even, those people say they feel like they have a second person inside of their head. Logic of the person says ‘Do it in this way.’ but it is like a second person inside of them tells it ‘Do it in that way’ and leads them.”.

Obsessive people forget the actual purpose of the things they do

Stating that those who have obsession are perfectionist with a strict criterion, Prof. Nevzat Tarhan said “A perfectionist personality qualities are behind those obsessions. The person chooses a detail when they start a task and they set rules, do listing, rankings, organizations and programs. They forget the purpose they began with. They forget the actual purpose here. They find themselves occupied by doing other things. By forgetting the main goal, they got lost in the details.”.

They cannot manage their time and attention

Remarking that obsessive people cannot manage their attention and time Prof. Nevzat Tarhan said “Let’s say one person organize books for 8 hours. If this person is a librarian, it is normal for this person to organize books for 8 hours in a day. It is not an obsession and it is suitable to productivity principle. They are doing what their job requires.  However, if they are not a librarian and they are a teacher, that is, if they are set aside their daily tasks and their students and they spend their time only replacing books, then they become a patient. That is, it is an obsession if the actions towards goal are not parallel to logic.  If a person does not do this, they are in distress. The person cannot explain their work productivity and indeed, it cannot be explained.”.

There are various obsessions

Prof. Nevzat Tarhan remarked that obsession has various types and said “There are religious obsessions, sexual obsessions and obsessions. A person’s obsessions cannot be explained identifying with cultural and religious matters here.  There are cultural norms on sexuality in religious and cultural standards. There are religious normal about cleaning. There are some individuals who perform all of those in a inexplicably repetitive way. Normally, a person can quit performing a religious behavior when they learn that there is no such thing in the religion, however, people who have Obsessive-Compulsive Disorder (OCD) cannot fix this.”.

I am perfect and they must be too…

Prof. Nevzat Tarhan said that people with obsessions usually have a perfectionism with a mentality of “everybody should be like me” and Tarhan said “Those people think that they are the only one who is perfect when they perform a task. In addition, they also think that everybody must be perfect just like them. Those people also have a covert arrogance and covert narcissism in the background besides perfectionism.  It is difficult to live together with these people. They exclude others immediately when others do not follow the conditions that they require. Those people become isolated a lot. Some can recover by experiencing undesired consequence of this situation. Being strict and stubborn is also their other characteristics.”

Remarking that those who have obsessions, have a strict way of thinking and they are also insisting and strict in their behaviors, Prof. Nevzat Tarhan said “Those people wandering around while their hands are in the air in case their hands get dirty. If a person has a symmetry obsession, they cannot talk to other party when there is an unsymmetrical object. If a painting on the wall is not symmetrical, they cannot talk to other person at that moment. It is not a handicap for people who do not have any obsession, however, those with obsessions feels the need of fixing it. They feel like another person inside of them want them to fix it.”

A thought of harming people around them might emerge

Misgivings must not be exaggerated

Prof. Nevzat Tarhan stated that obsessions initially start as misgivings and said these thoughts can be overcome by shifting the focus of attention from these thoughts. Prof. Nevzat Tarhan said: “in early stages of obsession, obsession starts with misgivings first. There is no chemical response in the brain yet. They enter the kitchen and they see the knives there. They start to think ‘what if I stab myself with these knives?’. If that person can change the subject by thinking as ‘why should I do that?’, they can overcome that situation. However, if that person takes this seriously and thinks ‘What if I do, maybe I wonder if I do it, am I this kind of person deep down?’, they start to feel guilty.  Feelings of being sinful begin and they avoid that action. That is, they start not to hold their child. They start not to go to the kitchen. They start to fear new things. If the person exaggerates their feelings in the beginning stage that is their misgivings, this becomes to be obsession. If they do not mind it, this problem is eliminated.”.

The focus of attention must be shifted

Prof. Nevzat Tarhan said that a person can overcome intrusive thoughts in the early stage and they can achieve it and he added: “This can happen in some certain period of our life; especially for the matter that we care. This person must use the attention shifting method right away.  That is why it is called an intrusive thought. They are unwelcomed, and this situation is quite normal. For instance, our liver produces bile. What happens when your liver fail?  You suffer from jaundice. Our brain produces thoughts, emotions and behaviors.  Our brain is the organ of thoughts, emotions and behaviors. This area of the brain begins to work automatically in a different way from the integrity of the brain and produces absurd and meaningless thoughts. In the frontal part of the brain, a sensible explanation must be found as ‘This thought is suitable and that thought is not.’, ‘This is valid, that thought is not valid.’, ‘This is safe, that is not safe.’.”

Childhood traumas lies under the foundation of OCD

Prof. Nevzat Tarhan remarked that childhood traumas are seen frequently in OCD, especially emotion-based obsessions, and Tarhan said “Especially, childhood trauma scale is applied on those who blame themselves. For instance, is there any sexual abuse? Is there any emotional abuse and neglect? If there is, there a managements method of these traumas to accept them in a logical way. With that method, we can make that trauma manageable even though we cannot eliminate it. We examine it within a logical framework and making it like a capsule and we place it inside the brain. This is taught in the treatment however we need to firstly fix the chemical imbalance occurred in the brain. This consists the primer stage in the treatment.”.

Prof. Nevzat Tarhan recorded that a person mixes physical cleanliness with moral cleanliness in OCD and obsessions even though they know it is irrational and by expressing that this affects the life quality of that person, Tarhan said:

“The person does a cleaning physically to get cleaned morally since a person feels a guilt about their past. That is, this person uses 4 bottles of shampoo. I know a patient who spends 8 hours in the bathroom. They wash their hands, then they are standing at the door, they cannot get out and they repeat it again. Even, they dismantle doors at the house. They say they will even put the coach into washing machine if they could. So, they are leaning towards a cleaning behavior to eliminate the anxiety and fear they have, however, they ger exhausted after a while, they got into depression. Now, they become in the state where they cannot do anything. The person who did not get out of the bathroom, now they do not take showers even once a month. People make them do it.”.

OCD and obsessions can be treated with new methods

Prof. Nevzat Tarhan stated that the treatment of OCD and obsessions used to be very difficult however now new methods developed with new technologies are used. Tarhan said “Regions of the brain that creates a thought and makes a decision, are determined.  We know which lobe we will work on. Now, there are magnetic treatments in our country.  These are applied. The damaged network in the brain is recovered again like before with neuroplasty. The person starts to control the thought. Usually, these people are advised by their immediate environment but there would be no recovery. In reality, a chemical transmission is failed. The level of dopamine is unbalanced. It is aimed to recover these disorders with the treatment.”.

A treatment must be completed