On Goodness and Badness Scale, Türkiye stayed under the limit…

“Üsküdar Goodness and Badness Scale” was developed to measure psychometrically our good and bad characteristic attitude and perception, and see whether our good or bad characteristic strength is dominant when we make a decision during an event, in situation or about a person. A thousand twenty-three people between ages of 15 and 69 across the country participated in “Goodness and Badness Scale” developed by Üsküdar University President Prof. Nevzat Tarhan and Assoc Prof. Aylin Tutgun Ünal. Türkiye stayed under the limit of “Good Characteristic Strength” on the scale where the lowest point is “0” and the highest point is “140”.

Assoc. Prof. Aylin Tutgun Ünal said that it is concluded that it is needed to strengthen good characteristic strength based on two dimensions according to goal and progress in result of measuring good or bad characteristic strength Ünal emphasized that spending more than 4 hours on social media represses good attitude and behavior and she advised that spending too much time on social media should be avoided. Ünal indicated that TikTok has become a medium where the lack of control is spread the most, and she said “TikTok users stayed below the average on the scale by scoring 60 point while social media users scores 80 points on the scale. 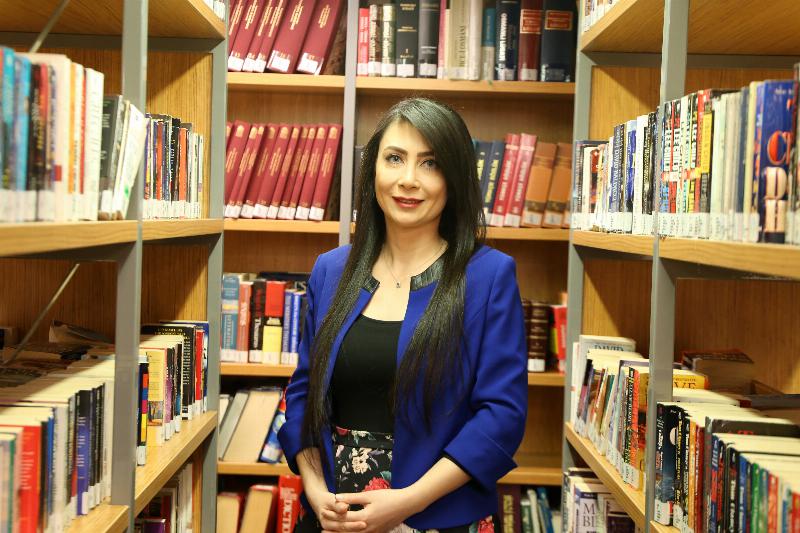 Being on the social media more than 4 hours reduces the acts of goodness!

One thousand twenty-three people participated in the scale

According the first results of the scale that one thousand twenty-three people with ages of 15 and 69 participated online across the Türkiye, the average score is estimated as 84 point. On the scale, the lowest point is “0” while the highest point can be scored is “140” point.  From the first application of the scale, it is concluded that “You are in the right path, you should reinforce good behaviors.”  According to the scale, the score that indicates good behaviors are realized properly and peace is achieved, is 106 and above. It showed that Türkiye was below the limit. In that way, the importance of dissemination of education on the positive psychology skills and principles, came into prominence once again.

Good Behaviors must be reinforced

It is concluded as a result of the scale that measured on two dimensions based on purpose and progress that there is a need of reinforcement of “good characteristic strength”. The good characteristic strength based on purpose, is honesty, trustworthy, reliability, accountability, seeking refuge in superior power, empathy, unconditional love and doing kindness. The ones based on progress dimension can be categorized as patience and asceticism, virtue, caring to be fair and righteous.

Being on social media for a long time reduces goodness

765 women (74,4%) and 258 (25,1) participated in the research. A difference is not observed due to the gender; however, it is revealed that our perception on goodness and badness begins to change according to our daily social media usage. Based on the analysis, a significant difference is found among social media users according to their daily social media usages as more than 1 hour, between 4 to 6 hours, and more than 7 hours. Our perception and attitude on “goodness” is reducing the more we spend time on social media.  Those using social media less than 1 hour significantly contributes to goodness score in a positive way.

TikTok users stayed below of the average

Assoc. Prof. Aylin Tutgun Ünal states that spending time on social media more than 4 hours represses good attitude and behavior and adds “this situation can be explained by disinhibition which can be described as an action caused by loss of control on behaviors and emotions such as rage, extreme happiness or extreme susceptibility. The nature of social media that is free and lack of control, can result in poorly controlled or poorly restrained emotions or actions after a while.  Then, when people cannot restrain their bad characteristic strengths, people can be a part of the chain of ill-intended posts by ‘cancel culture’ which aim to disregard people and instutitions.”.

TikTok is the medium where the lack of control spreads the most!

Assoc. Prof. Aylin Tutgun Ünal said that especially TikTok users spends more than 1 hour to prepare social media videos, to share content and to follow interaction that they receive and she added: “That’s why TikTok becomes as a social media where dishibition, that is, lack of control, is seen the most. Videos created by TikTok users that include extreme emotions and poorly controlled emotions, repress good behavior and attitude. TikTok spreads an effect of disinhibition by suddenly being isolated from the integrity of social norm and rules by distributing extremely impulsive videos. Those who cannot feed their emotions with goodness, shows acts of bad behaviors after a certain period of time.  The spread pace of bad behaviors and negative emotions is 5 times faster via short videos. The awareness of bad behaviors is emerged among TikTok users; however, it is below the average.”.

As it is seen in the research, Assoc. Prof. Aylin Tutgun Ünal indicates that using the social media less than 1 hour reinforces good behaviors and says “Therefore, we should pay attention to the 4-hour limit of social media which is a part of our everyday life while we follow the agenda, share useful content, socialize and so on. Also, we should avoid using it extremely. This also means that our social media literacy skills are included here.  Even though it is seen that we are on the right path of goodness, we should remember that our good attitudes and behaviors also need to be reinforced.”.

The scale is prepared in accord with positive psychology principles

Üsküdar Goodness and Badness Scale (ÜGBS), developed by Prof. Nevzat Tarhan and Assoc. Prof. Aylin Tutgun Ünal is prepared in correspondence with positive psychology principles and it consists of 2 dimensions and 35 items. First dimension is “Purpose Oriented” dimension which deals with honesty, trustworthiness, seeking refuge in superior power, empathy, being able to love unconditionally and being able to do kindness.  Second dimension is called “Progress Oriented” dimension which measures situations such as patience, asceticism, virtuous, caring for being fair and righteous.

The scale is valid and reliable and it is on a 5-point likert scale such as “I do not accept”, “I accept”, “I accept but I do not do it, I feel guilty”, “I do it with a feeling of responsibility by planning and I apply it” and “I always believe it and apply it willingly”.

You can test yourself with Üsküdar Goodness and Badness Scale (ÜGBS)

Please evaluate each statement in accordance with the situation. (I do not accept= “0”; I accept= “1”; I accept but I do not do it, I feel guilty= “2”; I do it with a feeling of responsibility by planning and I apply it =”3”; I always believe it and apply it willingly” =”4”).

1.        Being honest and keeping your promise is always an irreplaceable principle.

3.        The right thing must be done even though it is against our favor and interests.

4.        Responsibility and accountability are the most important principle in our lives.

8.        The statement of “my own interest is my priority whatever the circumstances are” is wrong.

10.     The idea of “Living without accountability is a comfort” prepares the end of humanity and bad behaviors secretly increases.

12.     We account to the creator that knows and controls everything, we should not forget this.

13.     True religious person knows the meaning of death and his words and actions are consistent with each other.

14.     I seek refuge in morale when I feel weak, hopeless and desperate and I apply it.

15.     My comfort comes first.  Bearing with hardship and difficulties for our ideals are absolute for this era.

16.     Asceticism is an old philosophy and you only live once.

18.     Unconditional love, affection and kindness is nice but people like these are often used, the priority must be you.

19.     Being humble and down-to-earth damages self-esteem and only those who have power are listened.

20.     Life is a struggle; being powerful is mora important than being virtuous.

21.     Life is about helping each other, being generous is a higher value and it must be done frequently.

22.     Donating what you don’t need to those in need is a virtue and it must be done frequently.

24.     It is not right to apply deceptive ways to reach your goal but today it is mostly necessary.

26.     Having well-intentions and effort brings both success and joy.

27.     Fair share is a good thing however it is not possible in this era.

28.     Forcing others to accept my idea and trying to change everybody are not right and appropriate.

29.     Claiming that my right comes first than justice is a modern delusion and I say justice first.

30.     Richness of a person is not money, possessions and property, it is the personality. However, personality doesn’t pay the bills.

32.     It is necessary to look forward and forgive a person who did you wrong or accept the things like the way it is.

34.     I want to do an unconditional favor but I know that it is very troublesome.

Evaluation: The score is between 0 and 140 points on the scale.

0-35: Bad characteristic behaviors are dominant and moral blindness is normalized.

36-70: The awareness on badness is raised but you are below the average.

106-140: You are using your good characteristic strengths above the average. You found the peace but please remember that every incident is a new test in this life.