How do young people of the Turkish world look after marriage?

Under the leadership of Prof. Ebulfez Suleymanlı, head of the Department of Sociology at Uskudar University, a research titled "Family and Marriage through the Eyes of The University Youth of the Turkish World" was conducted, which offered the opportunity to analyze the perspectives of 7066 young people living in 6 countries in different geographies of the Turkish World regarding the institution of marriage and family. 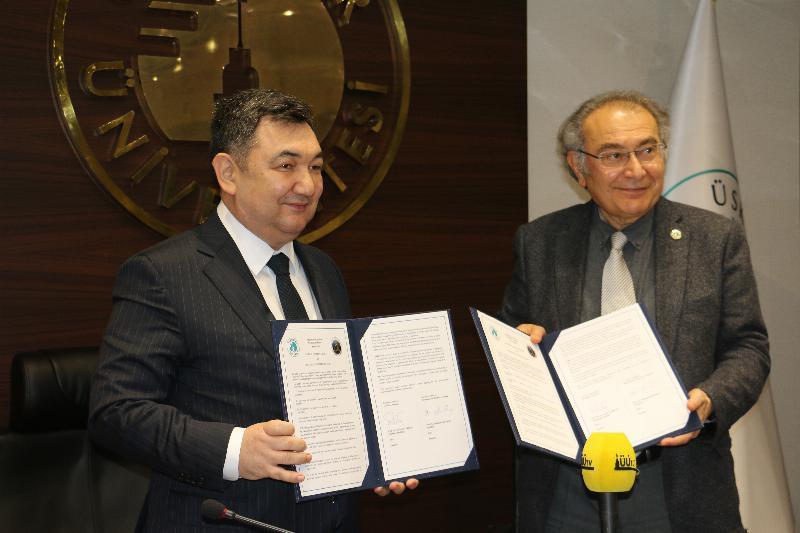 The Founding Rector of Uskudar University, Psychiatrist Prof. Nevzat Tarhan, pointed to the Kyrgyz proverb expressed by Prof. Darhan Kidirali, president of the International Turkish Academy, and said, "Homeland begins in the family. The downsized state of the country is family." Noting that the nightmare of the modern world is the epidemic of divorce and cheating, Tarhan emphasized that we must live up to the values that make us who we are and that make up our identity.

Under the leadership of Prof. Dr. Ebulfez Suleymanlı, Head of Sociology department at Uskudar University, the results of the research titled "Family and Marriage through the Eyes of Turkish World University Youth" were shared, which revealed the perspectives of university youth on the institution of marriage and family in different geographies of the Turkish World. 7066 young people living in Turkey, Azerbaijan, Kazakhstan, Uzbekistan, Kyrgyzstan and the Republic of Bashkortistan of the Russian Federation participated in the research, which was carried out with a large academic staff from 6 countries.