AGGRESSIVE GENERATION... Violence is not a method of seeking for rights! 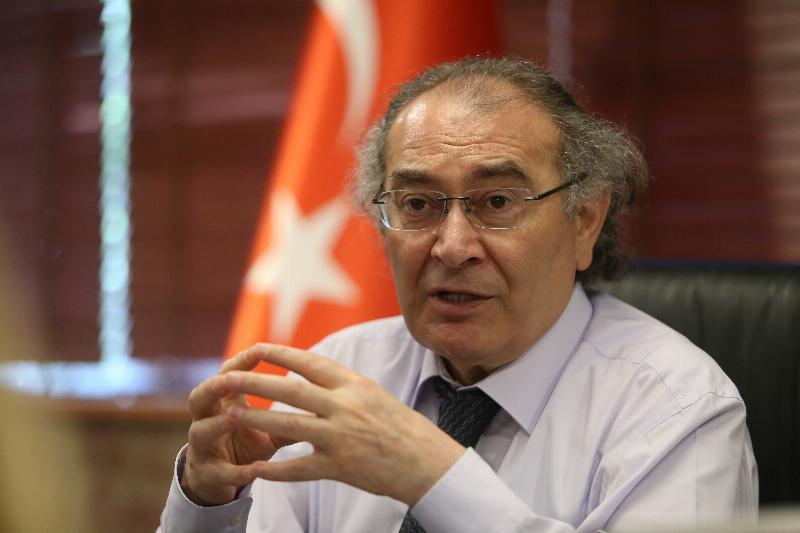 A young girl had been on the agenda with the claim that she had pushed her mother off the stairs because she did not buy the shoes she wanted. Prof. Dr. Nevzat Tarhan made statements in our newspaper that; where nowadays the concepts of respect and love are thoroughly worn out, the basis of the problems experienced by the youth, are family communication problems.

A young girl was on the agenda with the claim that she pushed her mother off the stairs because she did not buy the shoes she wanted. This incident, which caused great reactions in social media, prompted ourselves to ask ourselves when the concepts of respect and love are worn out. Üsküdar University Founding Rector Prof. Dr. Nevzat Tarhan as he gave a special interview to our newspaper, made statements about this issue. Prof. Dr. Tarhan explained to our newspaper what kind of youth we are facing, family communication disorders, that are in the basis of the problems experienced, that the youth thinks not to been understood and what should to be considered when raising children.

"ANXIETY RISES BY YOUNG PEOPLE DUE TO PANDEMIC RESTRICTIONS"

According to the young people as the subject of the news Tarhan said; "We don't have a complete number statistically,". "All over the world, school violence has increased in youth. There is an increase in violent behaviors in young people all over the world, and this is not especialy just for Turkey. It's a global situation you should know. In this Covid-19 period, self sacrifices were expected from young people under the age of 18 and those over the age of 65. It's hard to keep young people of that age at home. Especially in the apartment flats it is much harder. Anxiety has risen. And they consider what there's been done to them as an injustice. That's the reason they're becoming more angry. So there's been occurred a tension in relations with young people. There's a trigger effect here during the Covid-19 pandemic period.".

“THE YOUTH ERA, IS A PERIOD OF PREDOMINANT EMOTIONS”

As Tarhan outed “Family tensions make young people more prone to violence”, has outed that; “"When a teenager is brought for violence, we're looking after three things, usually psychiatricly. Is there any live violence at home? Is there violence in cartoons? In addition is there been watched lots of violence-related movies? So these are being looked at. Violence in cartoons is less affecting children as of the most. But violence in movies, TV shows or games is more affecting. But the most affecting is the live violence. So if there's violence in the house by any of the parents, the kid's taking that model. And it sees violence as a method of seeking rights and problem solving, that is a method of obtaining something. Or it can't manage its stress when it's blocked. It can't control itself when its desire hasn't been realized. In young people, there's already much higher aggressive situation than an average person. Because youth era is a time period, where emotions are more dominating than the logic. Cause emotions are dominant, they have difficulty in managing anger. They are encountering impulse control problems. That's why it's so important that parents are a model at home.”

“SILENCING A HUMAN BEING THROUGH YAWPING IS A PERSECUTION”
As Prof. Dr. Tarhan emphasized; that family problems affecting young people more than violent images in the internet and social media, said: “It's affected from there, but if there isn't it in the family, the child doesn't put the violence into its live. If anyone yells at the house, the kid doesn't keep it on the verge of shouting, it turns it into physical violence. Verbal violence is also used a lot in our culture, unfortunately. A man accepts his power, especially at home by shouting and shouting. Verbal violence can easily turn into physical violence in adolescents. It's a violent persecution. Silencing a human being by criticizing through yawping is persecution. It doesn't have to be physical violence. Sometimes it's in the opposite way either. It's important to see if aggression and violent behavior herein are exemplary or not.”

”PUBERTY, IS THE PERIOD OF SEARCHING AND FINDING THE IDENTITY”

Tarhan stating, that young people in puberty are looking for role models, has listed: “They ask questions: Who am I? Where should I belong to? Why? It's a period of searching and finding your own identity. In fact, the Prophet (pbuh) has a hadith sheriff about puberty; 'The age of puberty is a branch of madness.' he says. What means that? That's where the word young man and the word of madcap girl comes from. I mean, if it makes crazy moves, if there's mutual shoutings, if one has raised his voice, then the other shouldn't raise his voice too. Parents often can't teach how the child should treat against stress and anger. You should not approve here. Even if it is proceeding violent at home by screaming and yelling, this goes back to its childhood. So the child asks its mother for something, its mother stays silent, it wants it again, it stays silent. When the child starts screaming and crying, its mother gives it to it. So when i'm educating children here, it's very important to be able to raise it correctly to see ‘how I'm going to relate to the child, how to make it not prone to violence’ that is the practice of motherhood and fatherhood is very important here.

"YOU SHOULDN'T TALK IN THE MOMENT OF ANGER"

Tarhan telling: "If the child is learning to draw conclusions with violence, that child will continue the violence." outed his expressions as; “If the mother and father try to go over the child in the moment of anger, the child usually heads towards violence. I mean, in those cases, 'My kid, I respect your opinion on this, but I don't think the same with you. Let's put this aside, may talk later.' for example. You shouldn't talk in a moment of anger. The more you talk like 'Why are you angry, son? Why are you like this?' , the kid goes more and more angry. Whereas you look at it, it gets angry, that's the time when the subject needs immediately to be changed. Parents can't do that most of the time, they go over it. Sensuality prevails in the child anyway, and after it reacts, it regrets it. It probably goes and kisses it parents later. If it can't be solved by healthy methods in this way, expert help is required."

Finally, Prof. Dr. Tarhan, who advises young people on anger control, noted: “Youngsters are living currenlty aimlessly. So we shouldn't take young people in front of us and fix them like this, we have to take them with us and move forward. And I'll tell to her/him, if there's a youngster who says; 'I don't want to commit violence, but I can't hold in control myself,': When one acts with anger, it does two harms to man kind. The first harm is, even though you're correct, you become wrong. Because it is acting in anger, cause it is rising its tone, it is wrong, even if what it says is true. And the second is, Anger is such a feeling that there was a feeling known as the five horsemen of darkness; Grudge, anger, hatred, jealousy, hostility. These emotions secrete acid-enabled chemicals in our brains. You say, "He had a heart attack at a young age," and I assure you, it happens after these situations. The teenager has harm to its health. It already has a harder time reaching its goal. In other words, as he was right at the time, he had a hard time getting what he wanted. It also harms itself. Therefore, if it uses anger, discussion, violence, as a right-seeking, problem solving method here, this young person will always lose in life. It seems like it wins in short term, always losing in the medium and long term. "