Although their sports are different, they are motivated in the same university… 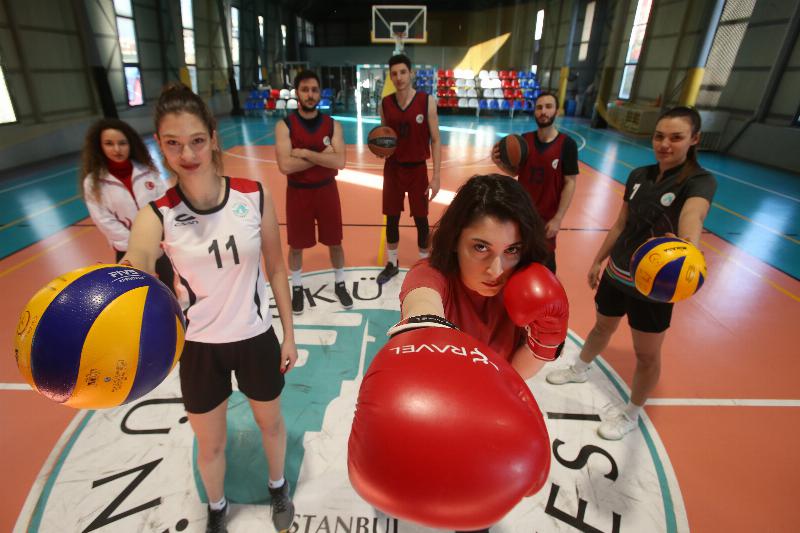 They are the students of Üsküdar University who continue their professional sports life in various branches. They continue their academic educations in departments such as communication, physiotherapy and rehabilitation, molecular biology and genetics, occupational therapy. Students, who state that sports is a part of their lives, aim to graduate as a fully equipped specialist in their fields. They explain that they aim to represent our country in the best way with their sportive achievements and to fly our moon star flag across the world. 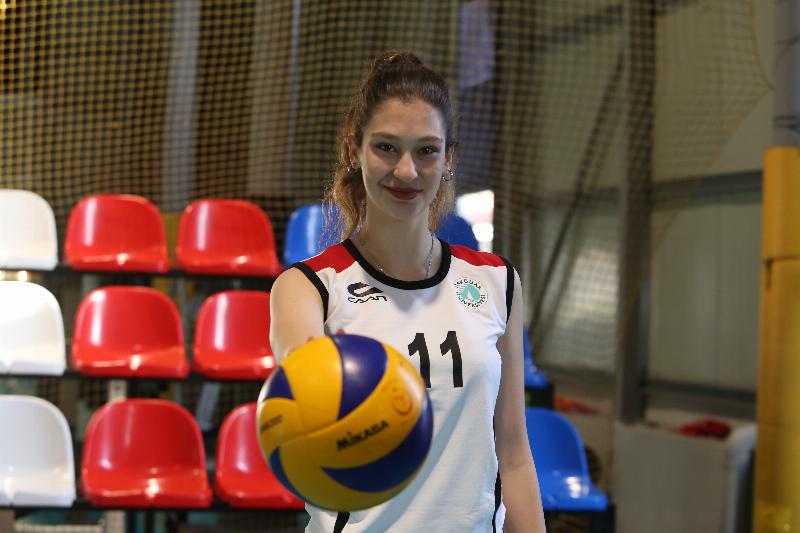 Hande Deniz Uluğ, 1st year student at the Advertising Design and Communication Department, continues her professional sports life in Vakıfbank Women's Volleyball Team. Having played volleyball for about 10 years, Uluğ played in Fenerbahçe for 7 years and in Vakıfbank for the last 3 years. Uluğ said, “I have a championship at Turkey teenage girls last year. I have a second place while I was in Fenerbahçe and the third place in Turkey.” Hande Deniz Uluğ who came from a family of volleyball players, continued as, “My mom is a former professional volleyball player. In fact, my school team coach was also my mother's coach. Therefore, this makes me very happy. I love sports and volleyball. Advertising was a field that I was very curious about and wanted to learn more. I aim to continue my sports life professionally after successfully completing my academic education. I play in A Team in the second league in Vakıfbank. I aim to play in a Team in the future and successfully lead my career.” 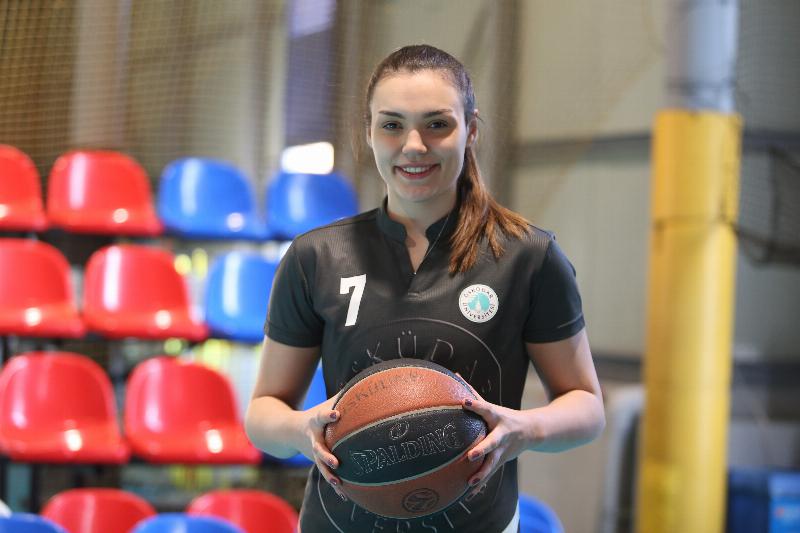 Nur Sezen Yavuz: “There are valuable values that basketball adds to me”

Nur Sezen Yavuz, 1st grade student at the Physiotherapy Department, is a Beşiktaş Women's Basketball Team player. She played in Galatasaray for 6 years and she has been playing in Beşiktaş for four years. Nur Sezen Yavuz holds three Turkish Championships, two times second places and three times 4th place at Turkish championships. Nur Sezen Yavuz said the sport has a very special place for her and shared the following; “Sport means a lot to me. There are many values that benefit me and the sense of responsibility in the sport itself adds a lot to me. It is of course not easy to bring basketball and school together, but our university provides very important support. I have goals like every student and every athlete. I want to reach the highest levels I can go in my academic life and basketball.” 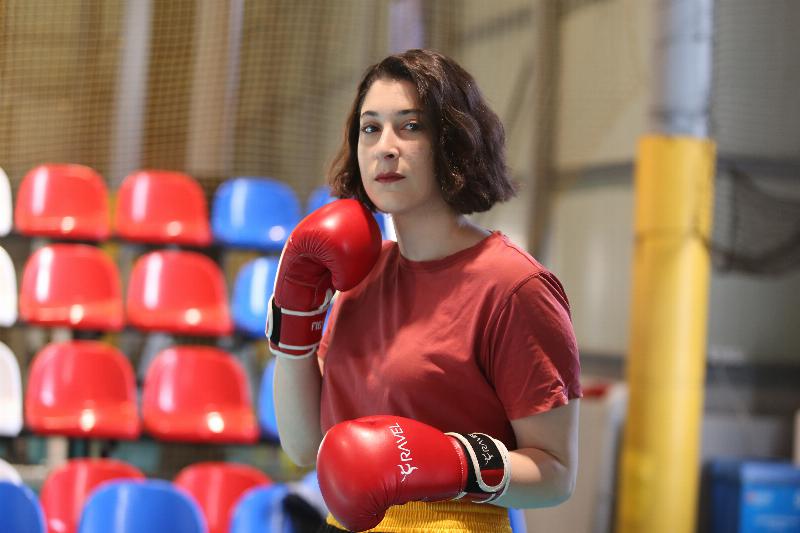 Nur Betül Kement: “I want to be a good occupational therapist”

Nur Betül Kement, freshman of the Occupational Therapy Department, has been professionally interested in the Chinese defense art Wushu for 12 years. Kement, who learned about Wushu with her family's encouragement at a young age, has many İstanbul championships. Nur Betül Kement has Maraş provincial championship as well as South Eastern Anatolia Region, the Mediterranean Region and Turkey championships and a third place in the Marmara Region championship. Kement said sport is a part of her life and continued, “I can't think of a life without sports. I want to continue this sport and get championships in the future. I am prepraring fort he Turkey championship next month. I want to be a good occupational therapist in the future and I want to help people.” 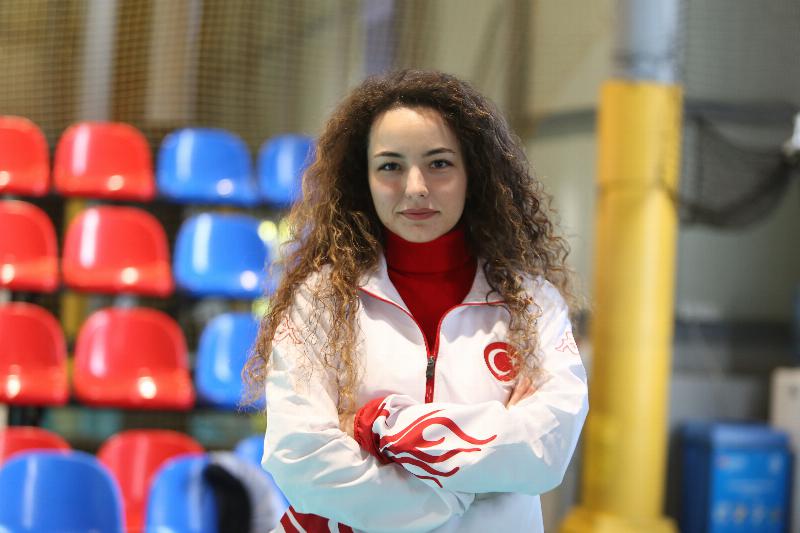 Begüm Su Baltaoğlu: “I intend to represent Turkey in the most successful way in Fencing”

Begüm Su Baltaoğlu, a national athlete at the Molecular Biology and Genetics Department, has been fencing for 9 years. Baltaoğlu stated that she had met with a man in the fifth grade with the guidance of her mother. She said that National Team Coach Can Aydın coaches her and represented Turkey abroad. Baltaoğlu said she became 3rd in Plovdiv, Bulgaria. She said, “As a team we became 2nd and 3rd places in Turkish championships. I have a first place and second place medals individually.” Baltaoğlu stated that her teachers at Üsküdar University always supported her. She said that she wants to represent our country in the best way possible in the future and will work hard for it. 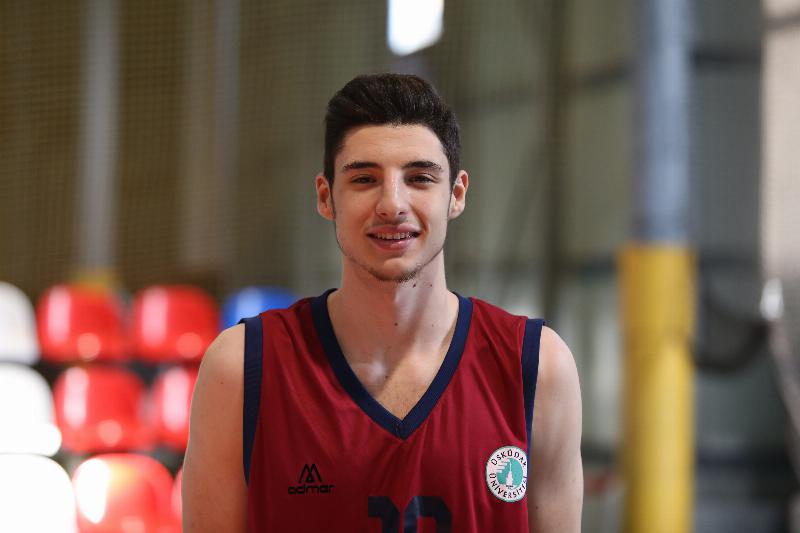 Efe Ergi Tırpancı: “I want to represent my country in the best way”

Efe Ergi Tırpancı, who plays in Fenerbahçe Basketball Club Team A, is a 2nd year student of the New Media and Communication Department. Tırpancı, who has been playing basketball for 14 years, has many degrees and medals. Tırpancı has been in Fenerbahçe A team for three years. He shared the following “We have three Final Four. We have a League Championship. We have two President's Cup and Turkey Cup.” Tırpancı stated that the support given to him by Üsküdar University is very important. He said he aimed for a successful future. Tırpancı said, “I want to represent my jersey in the best way and represent my country in the best places and in the most successful way. I want to work in a field where I can evaluate my sportive experience in my professional life.” 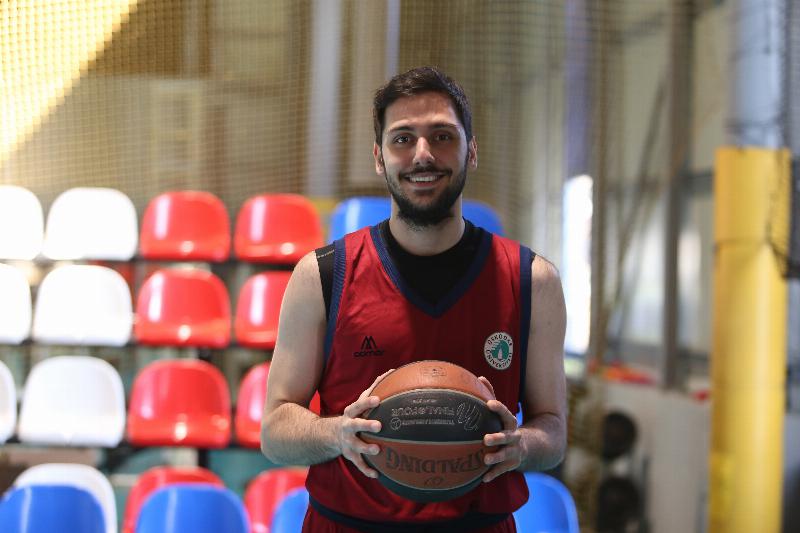 Bedirhan Çakır: “I want to be a good physiotherapist”

Bedirhan Çakır, a 2nd year student at the Physiotherapy and Rehabilitation Department, deals with both basketball and korfball. Playing basketball for nearly 10 years, Çakır has been interested in korfball since he started university. Çakır stated that he loved basketball, which he started because of his physical characteristics. He said, “In 2011, I played in Fenerbahçe. Due to my injury last year, I had to say goodbye to basketball professionally. I am currently playing basketball and korfball in the school team.” Bedirhan Çakır stated that they attended Turkey Championships and became 4th. He continued as, “We were in the second league last year and we became the first team to join the 1st league. We came third last year at Beach Korfbol. This year, we qualified for the quarterfinals in basketball for the school team.” Bedirhan Çakır said that sports is his way of living. He explained that although his professional sports life sometimes forces him, he couldn’t think of a life away from sports. Stating that he aims to be a good physiotherapist in academic sense, Bedirhan Çakır emphasized that he aims to carry his school uniform in the best way. 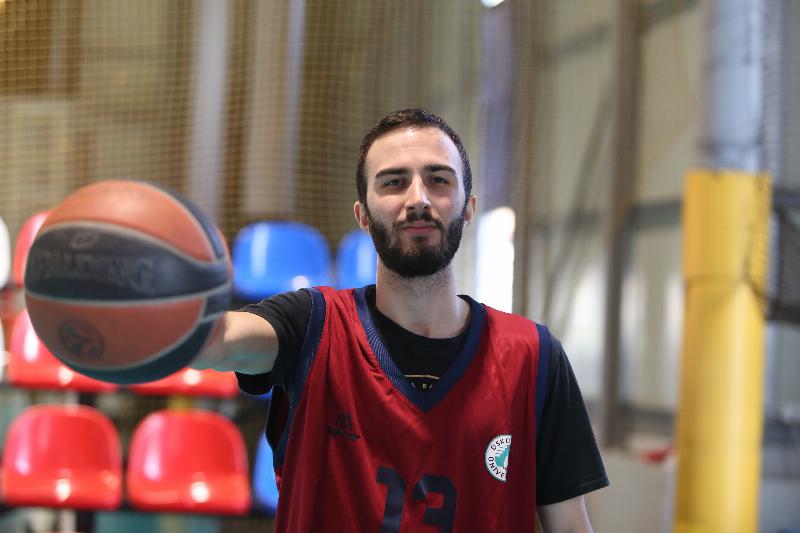 Mert İlhan: “I want to earn achievements on behalf of Turkey in the international arena”

Mert İlhan, a freshman from the Advertising Design and Communication Department, plays basketball. Mert İlhan who has been playing basketball since the age of 7, is also a former basketball player. He has a world championship between high schools. He said, “Sports is everything for me. I played in infrastructures such as Ephesus and Fenerbahçe. My friendships and social life improved thanks to sports. I love sports. This is a lifestyle for me. It is not very easy to lead school and sports life together, but anyone can take both together when it is planned carefully. Mert İlhan said he lived in America for two years and played basketball. He stated that he has dual citizenship and actively plays in Azerbaijan national team. Mert İlhan said “I want to earn achievements on behalf of Turkey in the international arena.”