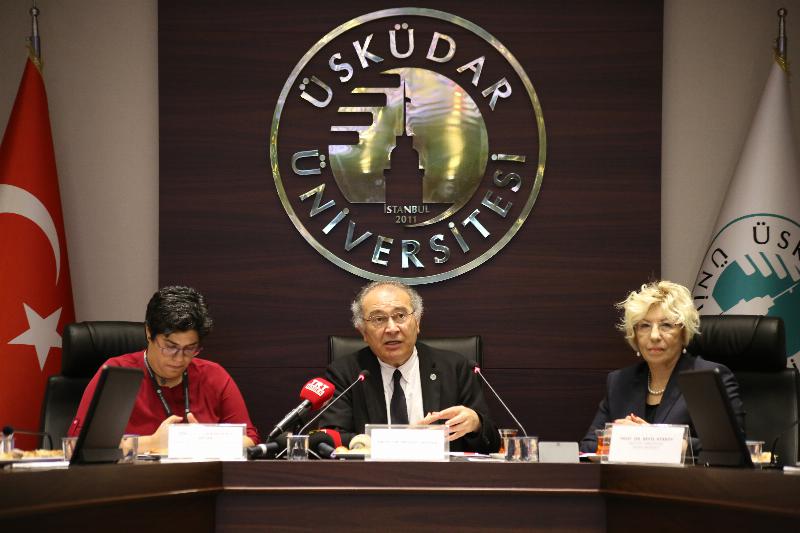 The murder of Emine Bulut instigated Turkey against violence and murder. Given this fact, violence and its factors causing violence became the main subject of an academic study. The striking results of the analysis of hostility, which expressed behavior and described as “Anger-Enmity-Aggression”, received great attention. The study was carried out amongst 24 thousand 494 people in 81 provinces of Turkey and is considered as “the largest scale” study in its field, in which the hostility scores had the highest age group of 18-23 years. 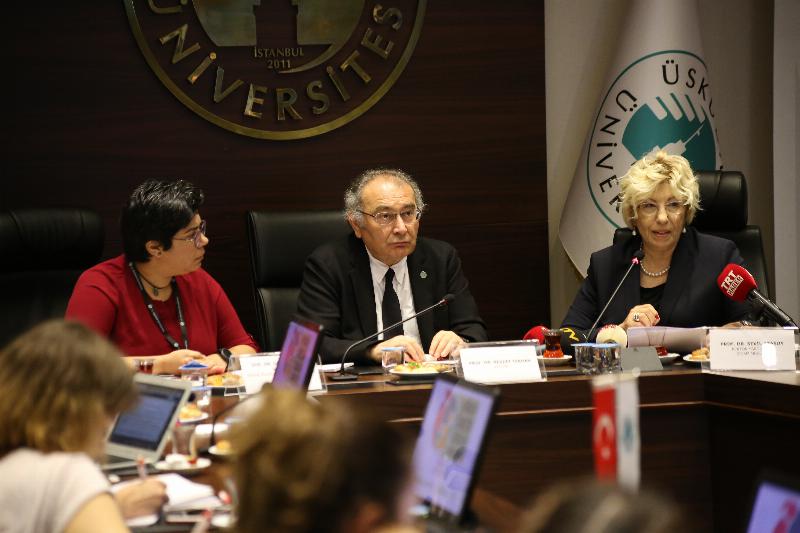 Üsküdar University has carried out important activities to prevent violence since its establishment. Map of Turkey Addiction and Mental Health Risk Profile is carried out by graduate students with the participation of 25 thousand individuals in 2018.
Hostility (Anger-Hostility-Aggression) Analysis which contains striking data was conducted under the leadership of Institute of Social Sciences Director Assoc. Prof. Gökben Hızlı Sayar and Department of Psychology Asst. Prof. Hüseyin Ünübol.

Prof. Tarhan stated that they have carried out many important studies to prevent the crime of family and violence. He said, “We are ready to support public institutions with our experience and knowledge in this field.” In this context, Prof. Tarhan said that they have signed a “Social and Scientific Cooperation Protocol” with the Directorate of İstanbul Security and that the protocol covers cooperation with the Security Directorate in the fields of education, scientific research and development. 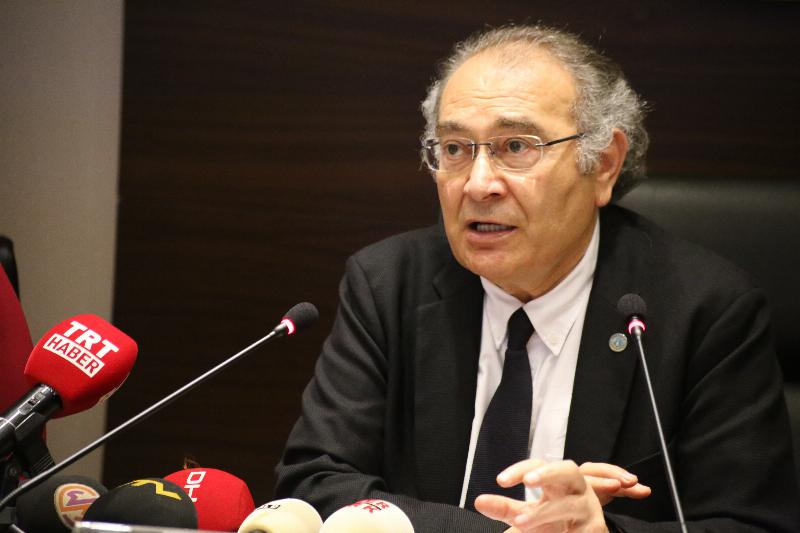 Prof. Nevzat Tarhan: “We will create a database on various cases of violence.”

Prof. Nevzat Tarhan stated that it is not enough to expect everything from the state and that a series of studies will be carried out including NGOs as universities. Prof. Tarhan noted that establishing this database has been initiated. Prof. Tarhan expressed the following: “We contacted Mr. Mustafa Çalışkan on Monday. We signed a protocol right away. Our protocol with the İstanbul Police Department is about to be signed off today, and the Governor's Office has given its approval. We will create a serious database on cases of violence, victims of violence or perpetrators of violence, ie persons who will be accused of violence.”

“We aim to train psychologists who will cooperate with police department.”

Prof. Tarhan stated that Directorate of İstanbul Provincial Security has opened offices related to domestic violence in all districts. He said, " There are police officers assigned to this field, but this is not enough. They only provide statistics of the current situation, they direct them, but most of these people need treatment. we are also planning a clinical study on issues such as rapid intervention and medical treatment if necessary and we are making the necessary preparations. We aim to spread this to the general public and to train psychologists who cooperate with police departments."

Prof. Nevzat Tarhan pointed out the importance of informing the society regarding the fight against violence. He underlined that the transfer of scientific knowledge to society is an important task of universities and that there is an important responsibility for the media in this regard.

“The approach of ‘keep on handling’, should be abandoned”

Prof. Tarhan stated that most of the domestic violence was hidden depression and warned mothers. Prof. Nevzat Tarhan stated that mothers should not raise their daughters as sacrifices and should abandon the approach of ‘keep on handling” and stressed the importance of reflecting this on the practice of motherhood.

Prof. Tarhan also mentioned the Istanbul Convention in his speech and said that the Convention was implemented without discussing it sufficiently and that there were some shortcomings regarding the implementation. Prof. Tarhan also reminded that the concept of mediation in the family should not be abandoned. He said, “There are aspects that do not fit in our culture because it is not discussed enough. There is an article about the mediation system. There is an article in the form of the abolition and prohibition of all mediation system mediation attempts, that is one of the important actions aimed at achieving social reconciliation and justice. Neighbors, relatives and parents work as referees in our culture in family problems. It solves many problems. These are our advantages. If the family mediation system is abolished, this will have a further effect on domestic violence. This is a situation that needs revision.”

Prof. Tarhan: “Positive psychology education should be given”

Prof. Nevzat Tarhan emphasized that adolescents should be provided with positive psychology education including stress management, coping with problems and anger control. 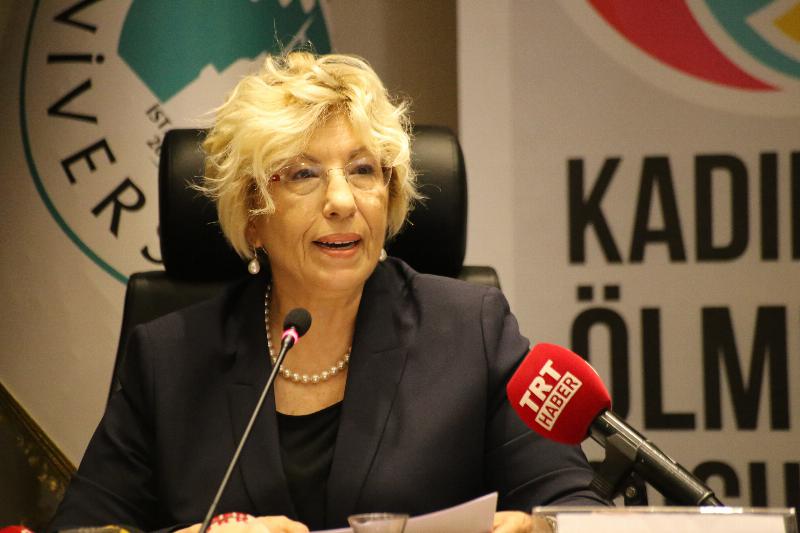 Husband kills 3 out of 4 dead women!

Üsküdar University Vice President, Director of ŞİDAM Prof. Sevil Atasoy stated that murders of women have a different place among crimes. She continued as “women are usually killed by someone they know, a family member, husband, or divorced husband. She receives violent and dies in her home where she is supposed to feel the safest. Men killed at least 184 women in the first 7 months of 2019. 3 out of every 4 men who killed women were their husbands. 58% of women were killed in the house. Men killed women on the pretext that they wanted to leave or did not want to make peace, that they wanted to meet with their children, that they did not like the shoes they bought, even because of the jealousy due to the controversy over the jewelry, and that they were treated badly.”

Prof. Sevil Atasoy: “There are problems in practice”

Prof. Sevil Atasoy noted “The Law No. 6284 on the Protection of the Family and the Prevention of Violence against Women is the most important of these but there are serious problems in practice. Due to the fact that there is still a mentality in the society that opposes the rights of women and men. The number of violence prevention centers is not enough. Applications are not standard. The service differs between provinces. Women are not informed and forced to return home or make peace with their violent husband. The lawyers appointed by the bar associations do not have sufficient information about women's rights.” Prof. Sevil Atasoy emphasized the need to increase social sensitivity by stating that such violence cannot be prevented as long as there is social insensitivity. 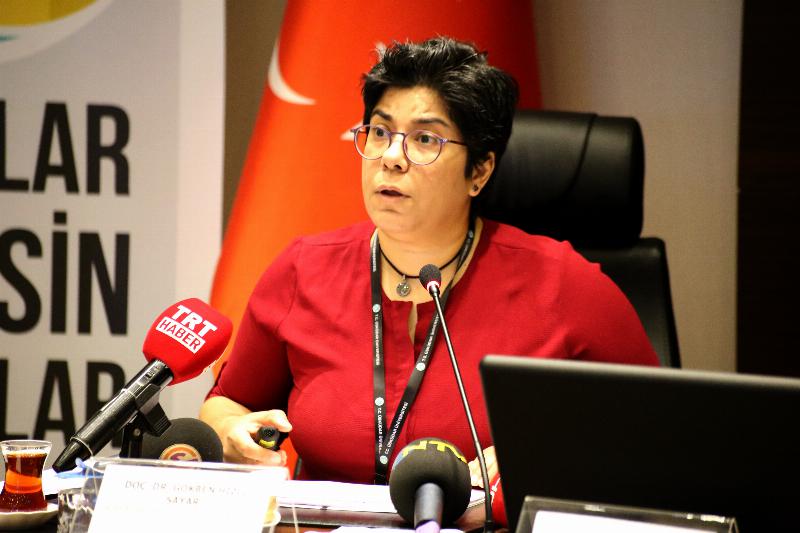 Prof. Atasoy said the blind classifies the elephants in every crime-related issue, including women's murders. She stated, “We never see the big problem and the real dimensions of the problem. For this reason, I believe that this step, which was initiated by Üsküdar University with the İstanbul Security and which I see as a pilot application, is of great importance.”
Üsküdar University Faculty of Humanities and Social Sciences Department of Psychology, Social Sciences Institute Director Assoc. Prof. Gökben Hızlı Sayar described hostility as “Uncontrollable outbursts of anger, strain from feelings of anger and aggression”.

Assoc. Prof. Sayar said “Hostilite is the emotion that occurs when someone we care about does not act in line with our expectations or that we do not get what we have a right to. It is quite difficult to make a sharp distinction between hostility and anger. Anger can be said to express emotion, and hostility refers to a behavior.”

The effect of marital status on hostility score was also measured. The study found that the rate of hostility of single men was 8.29 and that of single women was 8.15. 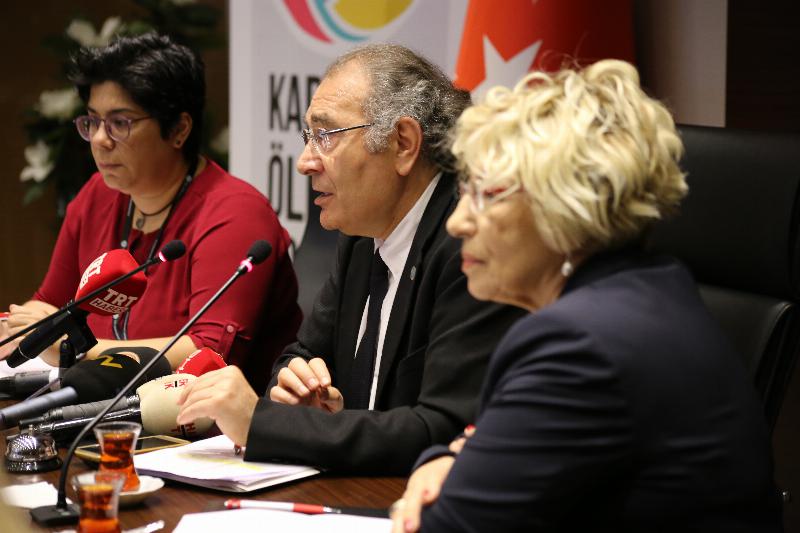 Alcohol and substance use also affect!

According to the study, it was acknowledged that alcohol and substance use affect hostility. Hostility score was 8.38 in men who stopped using alcohol; this rate was determined as 8.43 in women.

Thrace and Central Black Sea have the lowest score

The map of Turkey's mental health illustrated that hostility scores an average of 14.4 points. The highest hostility is <15 points in Southeastern Anatolia region; the lowest region was Thrace and Central Black Sea region with > 14 points.

Our unidentified emotions turn into anger

Assoc. Prof. Gökben Hızlı Sayar stated that hostility is strongly associated with all behavioral addictions assessed (gambling, shopping, social media, digital gaming, eating, sexuality - pornography). She continued as, “We can say that hostility is associated with the difficulty in recognizing emotions in men and women. It has a very high and serious correlation with those who have difficulty expressing their emotions. We can state that our unidentified emotions turn into anger.”

How does hostility turn into violence?

Assoc. Prof. Gökben Hızlı Sayar explained how hostility has turned into violence: Hostility is an expression of emotion, and if an individual cannot turn anger into a constructive or corrective power, this anger is reflected in behavior. Sometimes it turns into a behavioral addiction, sometimes a chemical addiction like cigarettes, sometimes it turns into violent behavior. Behaviors such as addictions, which are not directed to the source of anger and hostility, but which comfort the person for a short time, cause the person to feel the anger again and feel stronger this time. Therefore, the person starts to walk around in an uncontrolled rage like a time bomb.

What can be done?

According to the results of the research, the recommendations are listed as follows: if anger is not directed to the person, the source of the problem, or any constructive behavior, individual will be like a time bomb. It is important for anger to be recognized and to recognize one's emotion. Resolving anger may seem like something an individual can do; social events and problems that individuals cannot control can lead to anger.
Therefore, in addition to individual problems, attempting to solve negative events in the society in the most constructive manner may reduce the anger of the society. Anger is one of the first emotions that need to be addressed in terms of preventive mental health. There is a need to provide appropriate emotion expression training from a young age. Awareness of society should be constructed. Community leaders need to have a language free from polarization and anger.