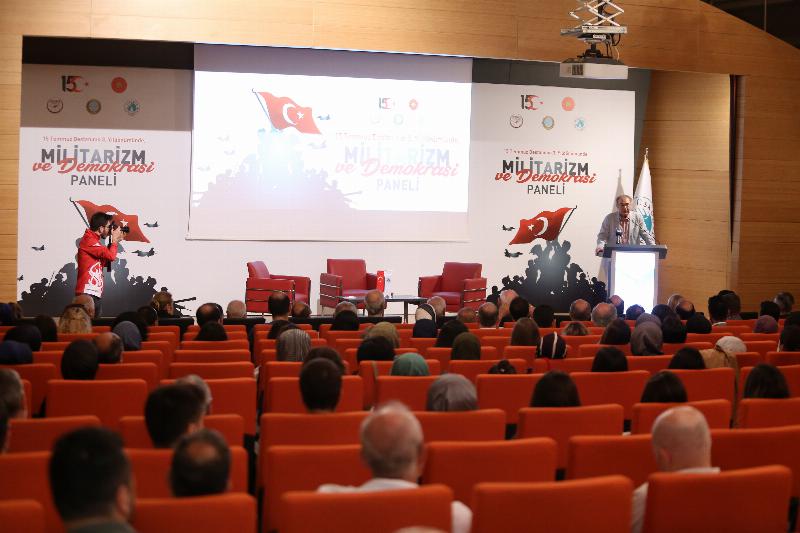 Üsküdar University organized a panel in which concepts of “militarism and democracy” were discussed. Adnan Tanriverdi, the Retired Brigadier General and Üsküdar University Dean of the Faculty of Humanities and Social Sciences Prof. Deniz Ülke Arıboğan were the pannelists as the panel was ruled by İsmail Kahraman, the 27th President of the Turkish Grand National Assembly. Üsküdar University President Prof. Nevzat Tarhan gave the opening speech.

Üsküdar University hosted an event titled “Militarism and Democracy” within the scope of the third anniversity of July 15, 2016 coup attemp which was ended by the effort of the nation.

Adnan Tanriverdi, the Retired Brigadier General and Üsküdar University Dean of the Faculty of Humanities and Social Sciences Prof. Deniz Ülke Arıboğan were the panelists. 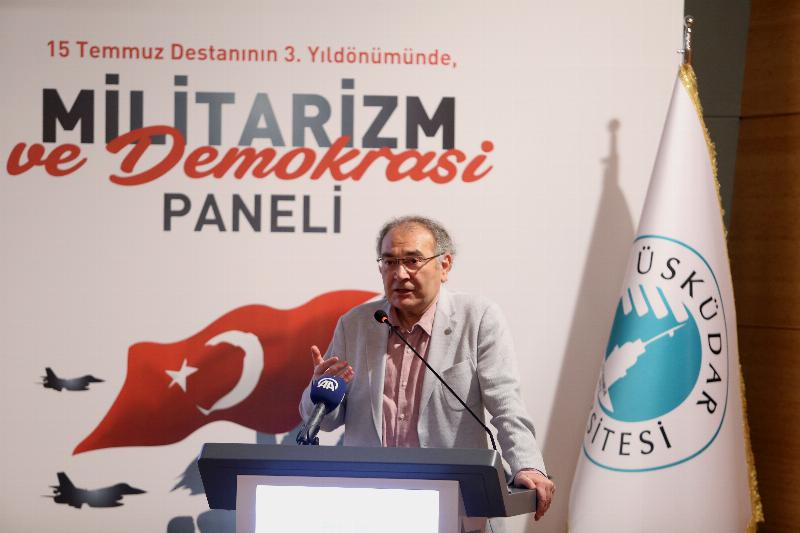 Üsküdar University President Prof. Nevzat Tarhan stated in his opening speech that there will be no change without correcting the mental codes about the coup attempt. Prof. Tarhan continued as;

“This situation was not analyzed in the analytical context. For this reason, the concept of the coup is not yet developed in the armed forces. Therefore, it is necessary to talk about militarism. We should discuss what militarism means and its cultural dimension."

Militarism is against the founding ideology of Republic

Turkey as a nation showed its civil initiatives stance on July 15. The whole world was astonished. Under the leadership of our President, we are experiencing a process that will upset the history of militarism. We should value this.  We have to believe it first. Coup is plain wrong…” 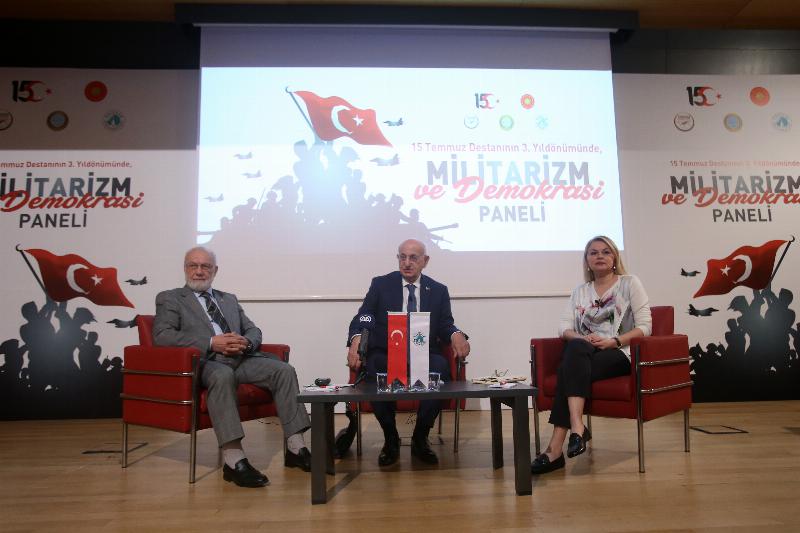 İsmail Kahraman, the 27th President of the Turkish Grand National Assembly and the moderator of the panel started the panel by remarking that we should not forget about July 15 and we should not make it forgotten. 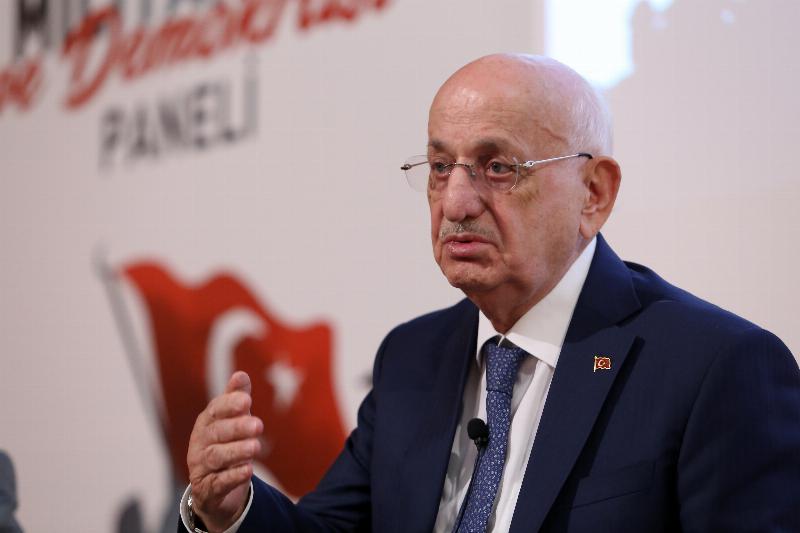 İsmail Kahraman continued as such;

“July 15 is not a coup attempt but an attempt to occupy Turkey. If it would have been a success, Kurdistan would be established in the south. There would have been a civil war such as Syria experiences now. We would have been in an occupation as Russia, America, Europe entered Syria. We have 251 martyrs. We have 2 thousand 193 wounded individuals. May Allah be pleased with them.” 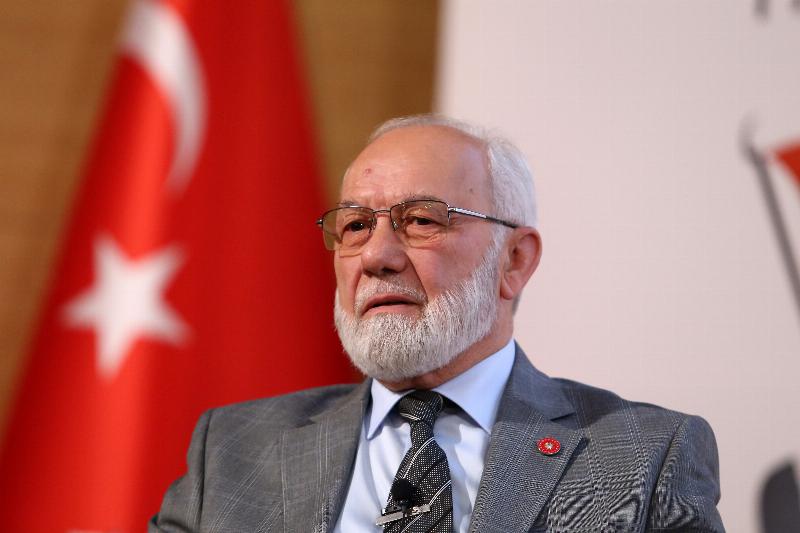 The real owners of the homeland are Martyrs and Veterans

“The real owners of the homeland are martyrs and veterans. If they have not shed their blood for their homeland, we could not have lived here free. Therefore, we are deeply grateful for them. July 15 is the picture of betrayal. This betrayal was first and foremost against the individuals who have sincere belief, secondly it was against the Turkish and Islamic world, and thirdly against the state. Lastly, it was made to discredit the reputation of our armed forces before our people. When we think about the initiative of July 15, we need to understand how this happened. Our President was in front of the public. Our prime minister said they would get punished. These are the leadership behaviors that we shall take as an example in the future.
Global powers pay close attention to us. They have their people to use. Any kind of opportunity should not be given to these people.” 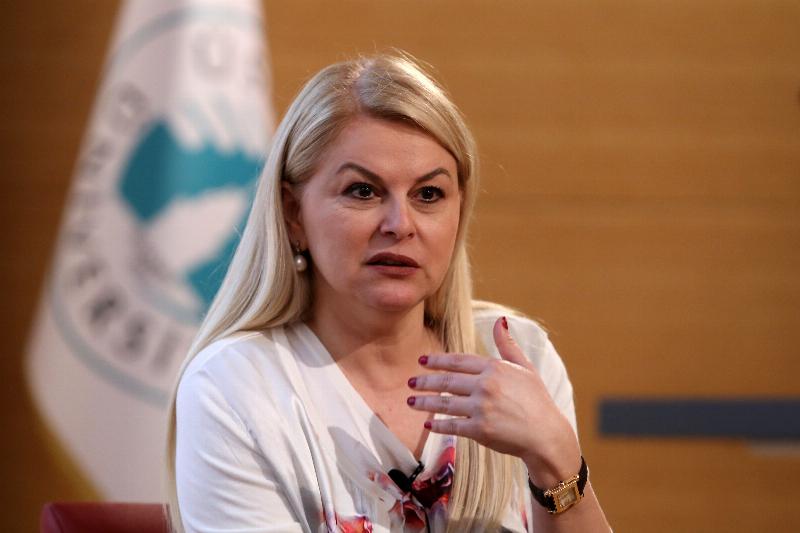 Üsküdar University Dean of the Faculty of Humanities and Social Sciences Prof. Deniz Ülke Arıboğan evaluated the term militarism from an academic perspective. Prof. Arıboğan underlined that this event, beyond the military coup attempt of July 15, would be very effective in terms of Turkey and that it is a matter of being.

Prof. Deniz Ülke Arıboğan remarked in this respect that she found the impact resistance very meaningful. She continued as;

“On July 15, it was not only the people that resisted in the streets, but the real resistance came from within the army itself. High-ranking soldiers resisted this coup attempt.” 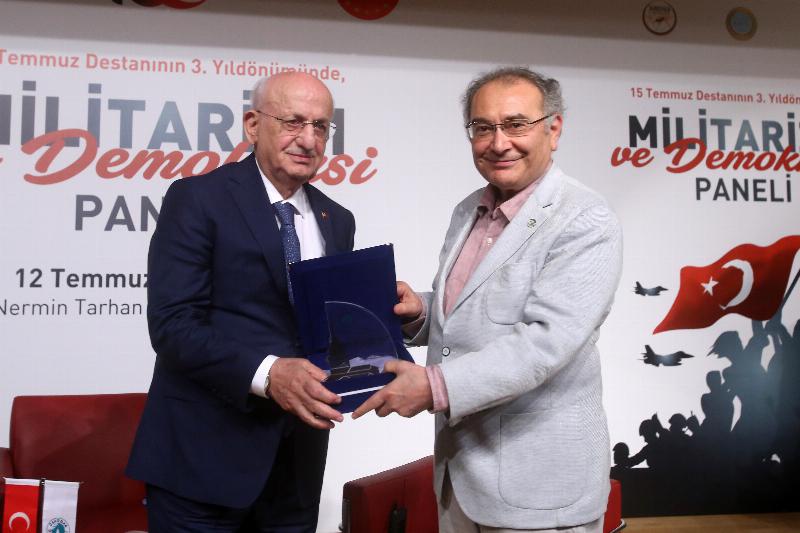 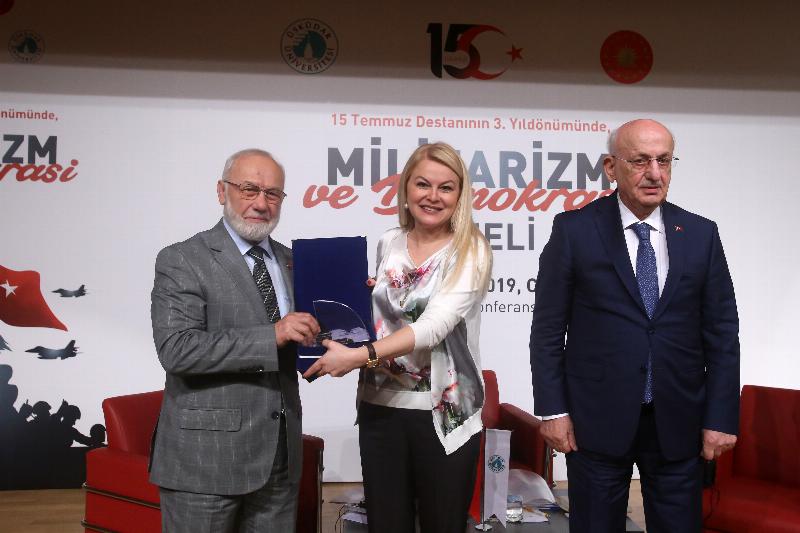 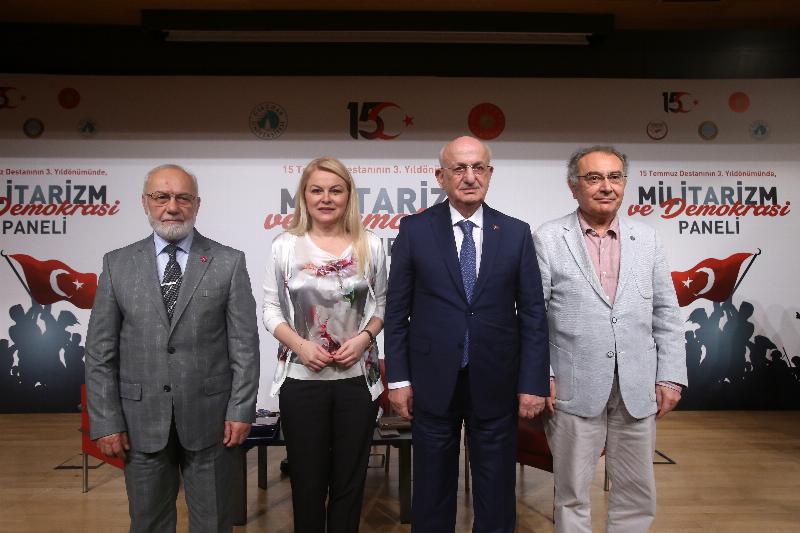 Plaques were presented to the participants and the panel was broadcasted live from ÜU TV.