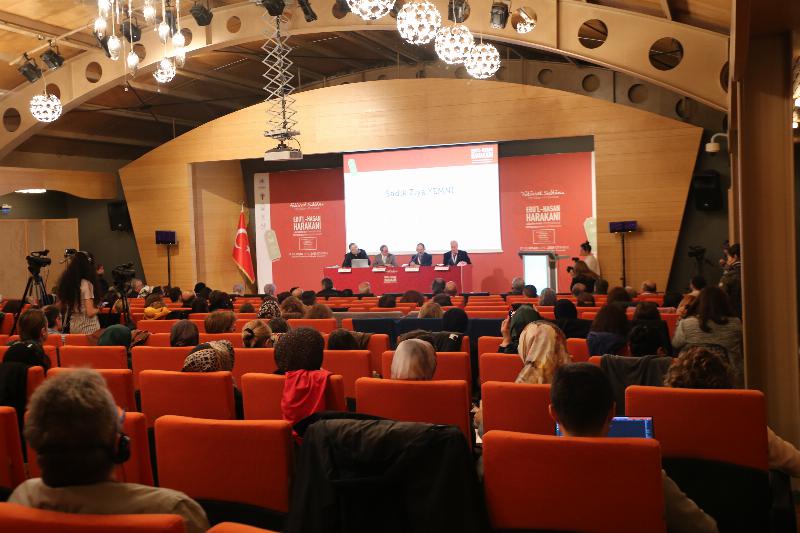 The Sufi Studies Week, organized annually by the Institute for Sufi Studies at Üsküdar University, hosted the “Sultan of Futuwwa Ebu’l-Hasan Harakanî” international symposium and the Sufi Studies Thesis Workshop as a joint event on 27-28 April 2019. 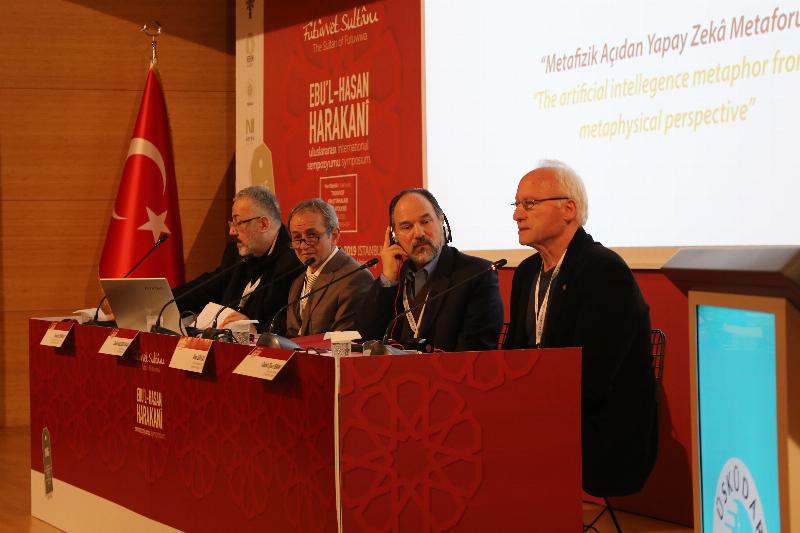 Held on 27-28 April, 28 presentations were made by a variety of scholars from 7 different countries including the US, Germany, Bulgaria, India, Russia, and Jordan.

Aside from the closing panel, 8 panels were held throughout the symposium. The panels were chaired by Prof. Emine Yeniterzi, Prof. Ahmet Turan Arslan, Prof. Ahmet Taşğın and Assoc. Prof. Halil Baltacı on the first day, and by Prof. Alan Godlas (US, Georgia University), Prof. Süleyman Uludağ, Prof. Nazif Shahrani (US, Indiana University), and Prof. Necdet Tosun on the second day. 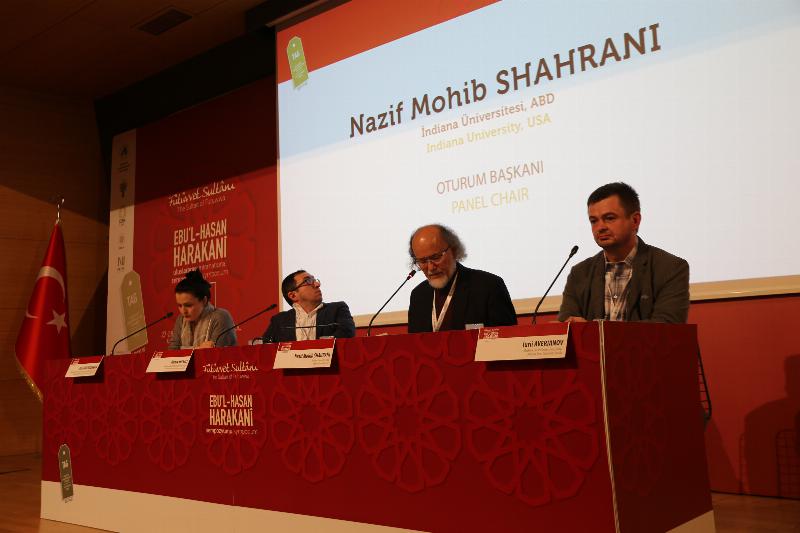 At the end of the symposium, Prof. Nazif Shahrani stated, “This was the most successful and delightful symposium I have participated in to date. Thousands of thanks to the depth of the spiritual existence of Hazrat Harakanî. I am so thankful. I would like to thank the Üsküdar University in the person of Cemalnur Sargut for the hospitality you have shown during my stay here in Istanbul; I am very happy to have met you. I learned much from the panels and participants. As I stated in my talk, this symposium was a marvelous opportunity to learn and benefit from the eminent spirituality of a childhood hero of mine, Hazrat Harakanî.”

At the Thesis Workshop, 16 theses were presented from the Institute for Sufi Studies

The presentations of theses being completed as part of the Sufi Culture and Literature Master’s Program were held simultaneously as the symposium panels. The titles of the thesis presentations from the second day included the following: “Qadiriyya in Kosovo,” “Cosmopolitanism and Tasawwuf in the Contemporary World: an Example of a Civil Society Organization, the Turkish Women’s Cultural Association,” “Pearls of the Fatih – an English Poem About the Beautiful Names of God,” “The Explorer of Hadith Culture in Anatolian Irfan: Prof. Ali Yardım,” “Pursuing the Sufis of Andalus from Murcia to Madrid,” “The Concept of dervish in the studies conducted by Meşkure Sargut with Kenan Rifai.” 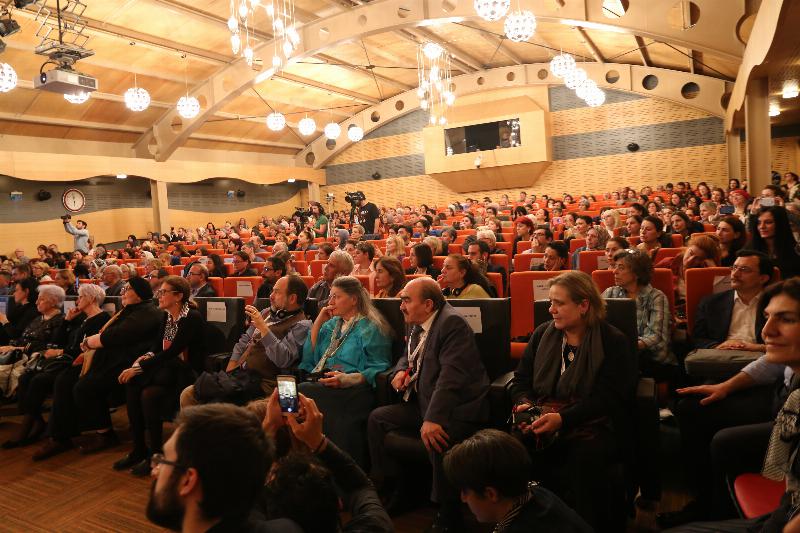 Joining the symposium from Amman, Jordan, Prof. Laila Khalifa expressed her feelings and thoughts in the following manner: “I am very happy to have joined the “Sultan of Futuwwa Ebu’l Hasan Harakanî” International Symposium held in Istanbul. This is the first time I have seen tasawwuf be studied at a university both academically and actively, from the heart, unified and through illuminated hearts filled with this level of irfan and compassionate love. May Allah reward your efforts to spread this wisdom, knowledge and irfan, encompass you with love, and make of you examples for the “people of futuwwa” in these troubling times. I was met with the attention and grace of the Institute’s feta and fityan; I would like to express my gratitude to the University, may Allah be pleased with you.”

The participants of the closing panel of the symposium chaired by Üsküdar University Counselor to the Chancellor Cemalnur Sargut included Prof Ahmet Taşğın, President of the Harakanî Foundation Yavuz Uzgur, Haji Syed Salman Chishty from Ajmer, India, and the doyen of Sufi Studies Prof. Süleyman Uludağ. Uludağ spoke about the importance of Harakanî in Sufi history by giving examples from Rumi, Attar and Abd al-Karim Qushayri. Asking to add a note at the end of the panel, Chishty stated, “We renovated a fountain at our center in Ajmer, India; the renovation just ended. They have been expecting a name for the fountain from me. I have been thinking for two days and would like to share and ask your permission for what just came to my heart. If you would allow it, we would like to name the fountain, “Chishty Sabil of Unconditional Love dedicated to the Abundance of Spiritual Benevolence of Hz. Ebu’l Hasan Harakanî from the 10th century to the Wisdom of Hz. Kenan Rifai from the 20th century.””

Speaking on behalf of all of the organizing institutes of the symposium, Üsküdar University Institute for Sufi Studies Director Prof. Elif Erhan said the following: “Harakanî states, “on the day of judgement, I will not say that I was an alim, zahid or an abid. I will say You are one, and I am a part of Your oneness.” As the organizing institutes of this symposium about the architect of spiritual conquest in Anatolia Ebu’l Hasan Harakanî, this is a great blessing for us. We are very happy to have met at the material and spiritual sofra to which he invites all without distinction or condition as one of tawhid.” 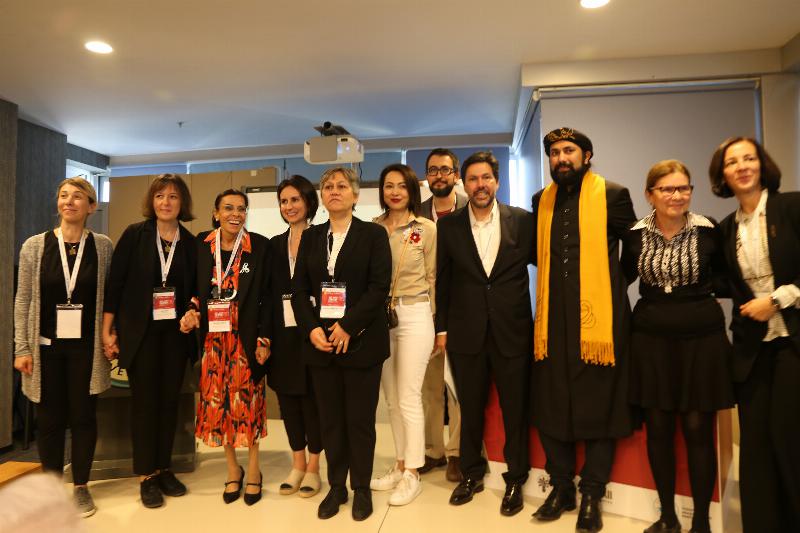