Prof. Nevzat Tarhan: “There are many lessons to learn from Rumi in order to save the family.” 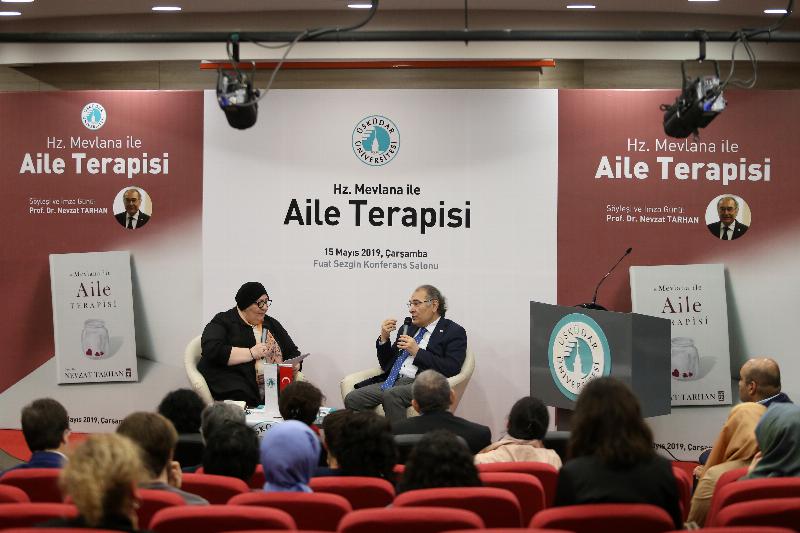 Üsküdar University Founding President Prof. Nevzat Tarhan's new book titled “Family Therapy with Rumi”, was published and he met with his readers. Prof. Nevzat Tarhan, who performed an interview within the scope of the book's introductory meeting, signed his book for the readers at the end of the interview. Prof. Nevzat Tarhan said that there are lessons to be learned from Rumi in order to discover and save the family, he stated that “If the family institution in Anatolia is beautiful, Rumi has a great role in this. Rumi had a huge stake in our family establishment being warm, our culture being close to being embraced and being admired by the West. It is therefore necessary to rediscover Rumi”.

Üsküdar University Founding President Prof. Nevzat Tarhan's new book titled “Family Therapy with Rumi”, was published and he met with readers. The book “Family Therapy with Rumi”, which was published by Timas Publications, discusses 46 stories in Mesnevi, the work of Rumi, in the context of family therapy. In his book, Prof. Nevzat Tarhan associates the family building blocks in our ancient culture with contemporary schools of psychology. 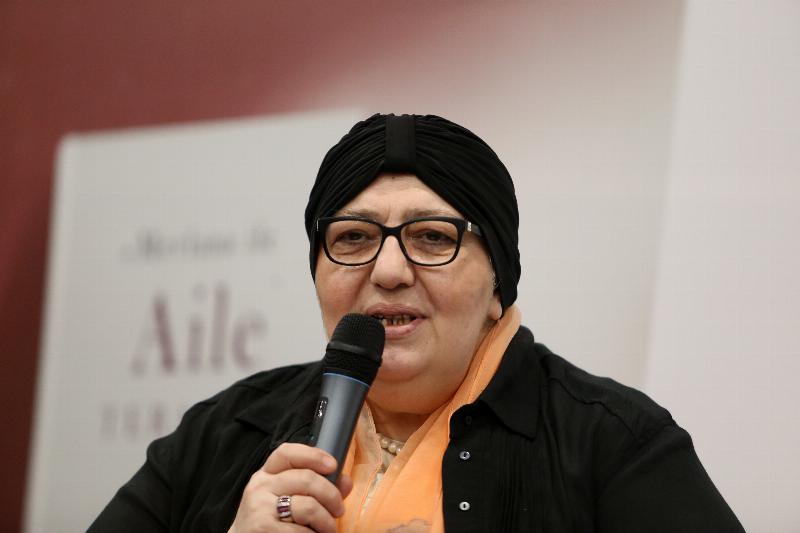 Prof. Emine Yeniterzi, Institute for Sufi Studies Head of Department of Sufi Culture and Literature, was the moderator of the family therapy interview with Rumi at the Fuat Sezgin Conference Hall at Üsküdar University's South Campus. 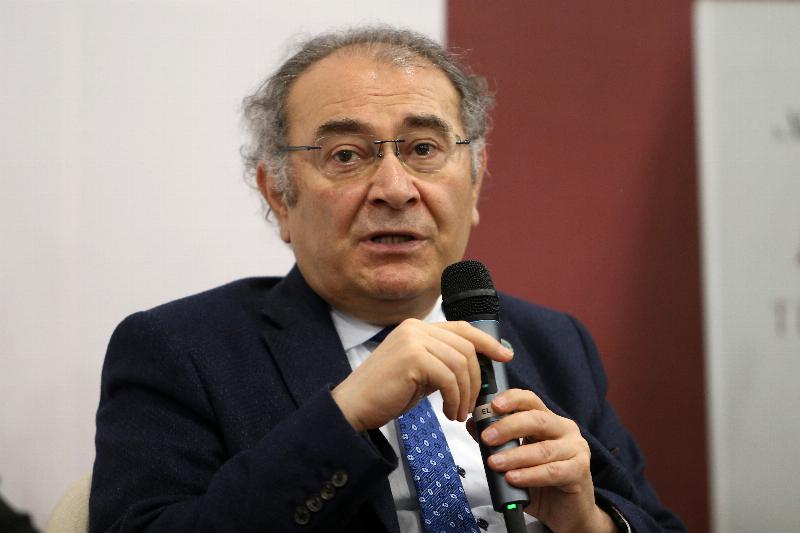 He saw this age as the purpose of pursuing pleasure

Prof. Nevzat Tarhan stated that in the early 2000s in America, the foundations of positive psychology emerged from the teachings of Anatolian wisdom and Rumi, but the source did not show the scientific methodology, “Issues such as Positive psychology, self-awareness, self-recognition, self-management, social awareness, empathy, anger management, forgiveness are addressed. We're sitting on a treasure, but we're not aware. There is a crisis in the family today. One pillar of positive psychology is the reconstruction of the values in the family. People who have lost their cooperating skills. We treated individuality like selfishness. This age has changed the ideals of the ego, the people of this age have seen the pursuit of pleasure as the purpose of life, and as a result, there have been conflicts and loneliness begun since it was impossible for people to enjoy all pleasure. The Ministry of Solitude is being established. Capitalism first makes you sick, then cures you”.

Prof. Nevzat Tarhan stated that classical psychology brings the minus to zero and positive psychology aims to increase the mood to zero. He noted that “Positive Psychology is not pollyannaism. It teaches people to see their positive aspects. How does one live happily? If we teach that, many psychiatric illnesses, crime and violence will be reduced. Evil behavior will diminish and good behavior will increase. For this, one needs to feel good. The biggest reason for addiction is that when you feel bad, you turn to addictive substances, people who feel good don't need it. This is our source and our values. We must present the clothes of this time; We presented the clothes of this time in Rumi therapy. This is the methodology of science. Currently, the way this is directed towards treatment is mindfulness therapy. Nowadays, third-generation therapies are called metabilistic therapies, and Rumi actually teaches it. I combined the tests with the information in Rumi therapy”. 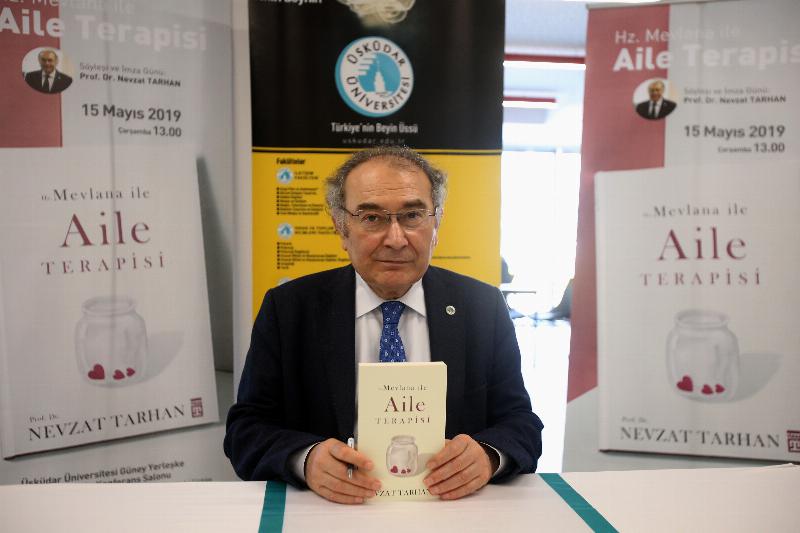 Stating that Rumi's aim is to be aspiring in his stories in Mesnevi. Prof. Nevzat Tarhan stated that “Rumi prefers to strive for what’s difficult. Rumi is the one who makes Rumi. In fact, it follows the rule of psychology; aspiring for what’s difficult means new opportunities. If a person is prone to hardship, if he is interested in difficult cases, then so is the treatment technique. You treat a case that no one wants to cure, it brings you new perspectives that no one has ever seen and thought about. Innovation turns out to be really difficult to aspire for. Rumi went beyond the routines of his time. He traveled on spiritual expeditions and aimed to win people, and he also gained the trust of people”.

He said he saw Rumi's criticism as a goal to take lessons. Prof. Nevzat Tarhan also pointed out that Rumi uses empathy instead of criticizing it, and said: “Rumi does not give advice on the Rabia story as in the classical approach. You'll empathize, you'll take him with you. You'll walk together. What pain have you experienced, come and tell me after an approach is accepted and directed. Rumi uses this magic method”.

The ego wars between couples are damaging the family

Tarhan stated that the ego battles in the family caused harm to the family and that both sides do not win, he said “Between couples, I'm right, you're wrong, my mother, your mother, your money is not the winner in the competition like my money. In the stories of Rumi, he explains the need to focus on the question of what I can do for the good of the family. The idea of how much I can judge on the opposite side is tearing the family down. I have to find the solution where my family will follow the approach”.

We have lessons from Rumi

Stating that there are lessons to be learned from Rumi to explore the family, Prof. Nevzat Tarhan also noted that “He used concrete reasoning methods for spiritual reality. Rumi has done data mining in the spiritual realm. That's why he discovered new things. This has helped the family. If the family institution in Anatolia is beautiful, Rumi has a great role in this. Rumi had a huge stake in our family establishment being warm, our culture being close to being embraced and being admired by the West. It is therefore necessary to rediscover Rumi. There are lessons and inspiration from Rumi to save the family. Our solid family business has entered into a crisis. This crisis will be able to improve with our values. For this, Rumi offers us the choice to solve family problems”. 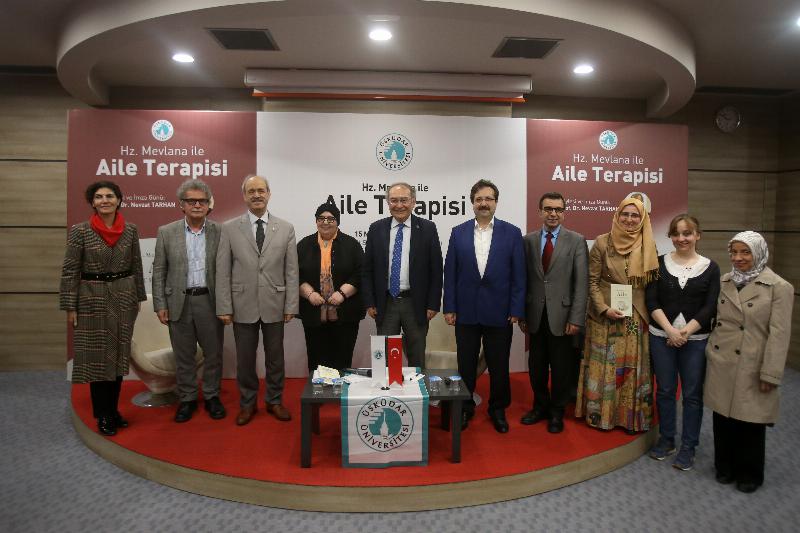 Prof. Nevzat Tarhan signed his books after the interview. 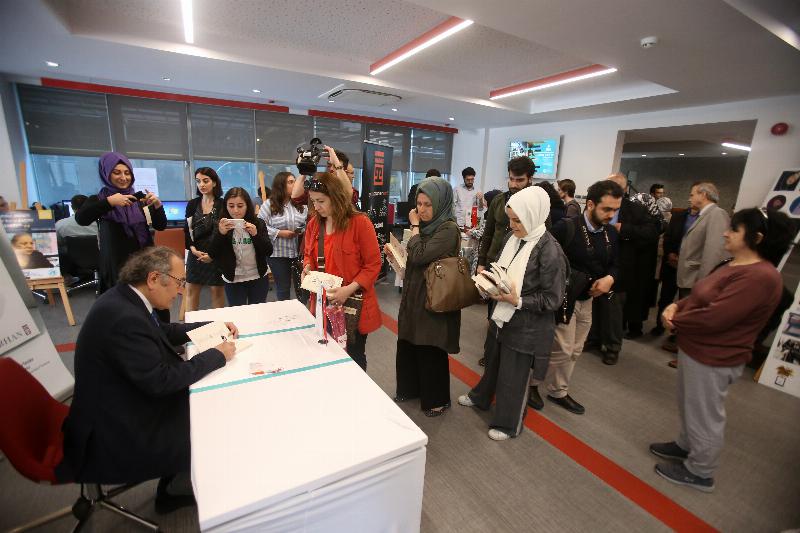