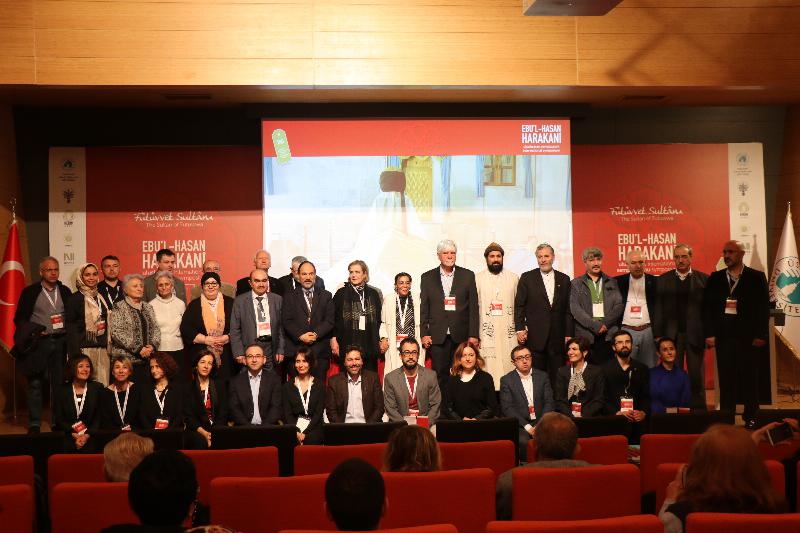 The symposium was held on April 27-28, with 28 participants from seven different countries such as Bulgaria, Germany, India, Jordan, Russia, and USA. 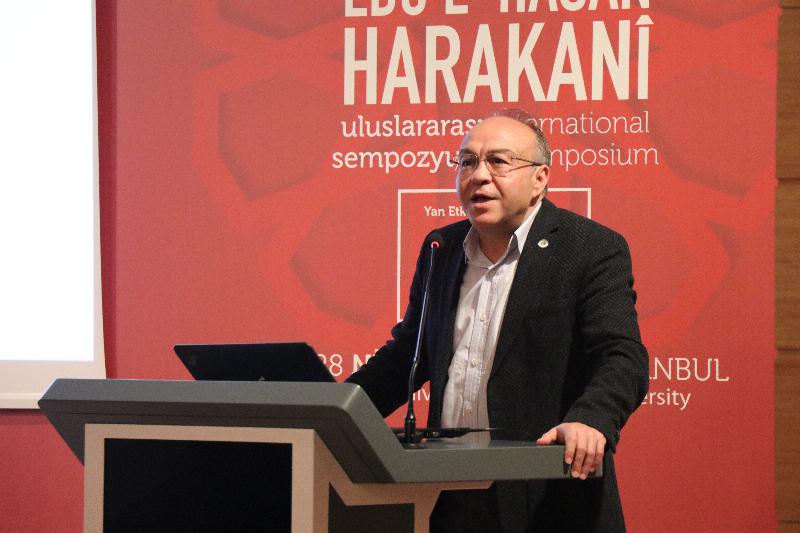 “Today, an asymmetric war began as a result of Islamophobia”

"10 days ago, when a delegation of 13 people visited our university with the head of the Pakistani Youth Assembly, they were very happy when they found out that our university houses the Institute for Sufi Studies," Prof. Muhsin Konuk said:

"Today especially, an asymmetric war began as a result of Islamophobia. This war is no longer on the battlefields. This war is directly affecting our brains and our hearts. As a result of this war, the only aim is to get the real Muslim from the hands of the Muslims and to establish a Muslim as someone wants. In contrast, here are the lives that will measure our lives, one of which is the Great Spirit, Hazrati Harakani, he and the exceptional people who have grown up in this land like him. May Allah be pleased with them and greet you with respect for that great soul in your presence. I hope that the joint reports released as a result of this symposium will be instrumental in the future of our country.” 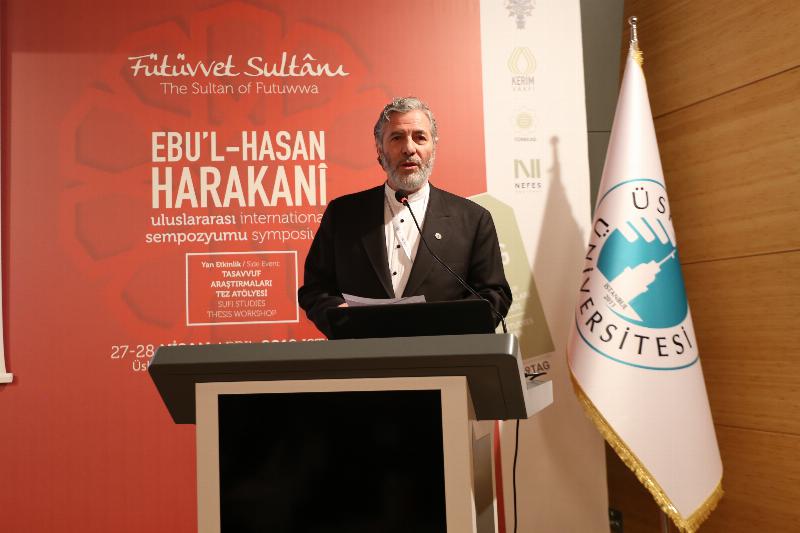 Sayyid Abu al-Hasan Harakani Foundation President Yavuz Selim Uzgur, who started his speech by thanking everyone who contributed to the program, continued his remarks as follows: “When His Holiness honored Kars and Anatolia about a thousand years ago, he wrote this on his door: ‘Whoever comes to this door, give him bread and do not ask his faith. Everyone who has a soul in the sight of Allah is worthy of bread at the table of Abu al-Hasan’. The spirit of Anatolia, love, passion, humanity, morality and the good morals of the Messenger of Allah are hidden in this statement. An understanding that valued the creation and soul of Man and cherished that spirit from all creatures has fermented Anatolia for a thousand years, kneaded with love and affection, and gave us the opportunity to stand and to become a homeland to us.” 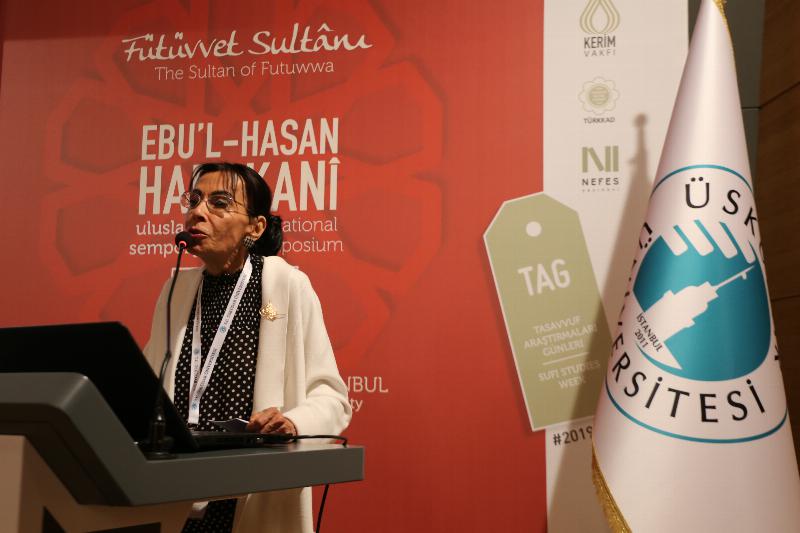 "The work in America is a huge struggle against Islamophobia"

Cemalnur Sargut, Advisor to the President of Üsküdar University, expressed her feelings in the following sentences:

“Abu al-Hasan Harakani, one of the great Sultans… To be with them, to live with them, to comprehend them, to commemorate them, it allows us to unite the Islamic mysticism at the arch point and invites us from self to eulogy. He teaches not to see the work we do. We have no strength. We also know what we are, that we do not have the strength of a fly; but let us be satisfied with these sultans, who are willing to do this and give us this energy. Now our target is much bigger. The Kenan Rifai Sufi Research Center, which we have established at Kyoto University, is doing tremendous work and the students there are exerting great efforts for Islam.

For the first time a religious institution was established at Kyoto University and this organization is about Islam. The Islamic and Chinese Civilization Symposium in China (2015) made a great impression and we watched Chinese attendees becoming Muslims and their crying with the love of Allah. Hopefully again the symposiums will continue there. The work in America is a huge struggle against Islamophobia. It's all about unity and togetherness. It is very important to provide conversation and unity, not just different beliefs, but to bring together different ways within Islam. Today, all the sects, paths, understandings, unite in the presence of the great sultans. 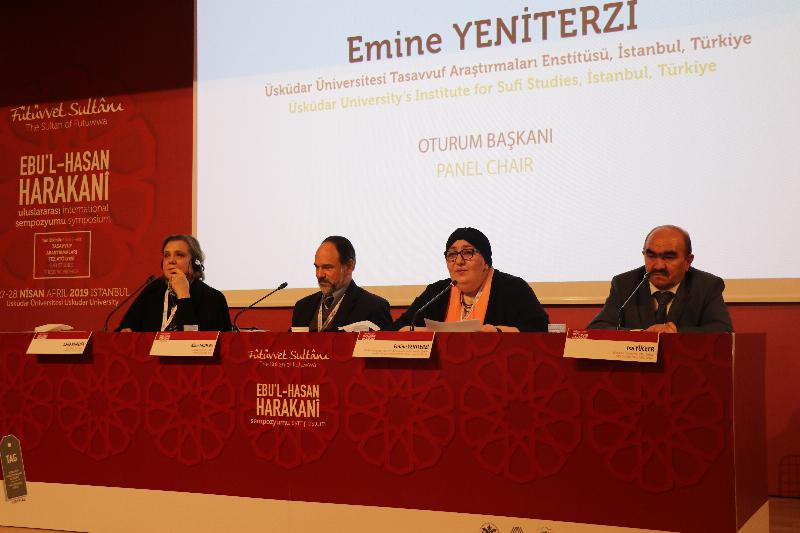 Prof. Emine Yeniterzi, Associate Director of the Institute for Sufi Studies chaired the first session; Prof. İsa Yüceer delivered a speech titled "The Hasan Harakani factor in Anatolian spiritual identity", Assoc. Prof. Alan Godlas gave his talk entitled, "The Dimensions of the Sufi Worldview of Kharaqani in the Nûr al-Ulûm" and Dr. Laila Khalifa spoke of "The Concept of Futuwwa in Ibn Arabî: between Reality and Imagination”. 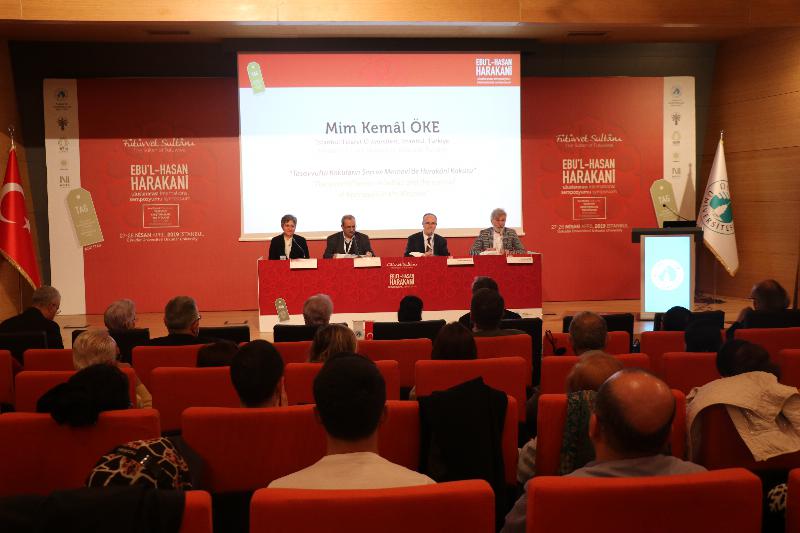 "The scent of Sufis has a very important place"

In the symposium, Prof. Ahmet Turan Arslan chaired the second session. In this session, Prof. Mim Kemâl Öke talked about "The secret of scents in Sufism and the scent of Harakani in the Masnavi", Prof. Niyazi Beki on "The spiritual station of coquettish love in the legacy of Abu Hasan Harakanî” and Dr. Cangüzel Güner Zülfikar spoke about “Different Approaches to the Concept of Futuwwa”.

Prof. Mim Kemal Öke told stories from the Masnavi about the importance of scents in Sufism: "Scent has a very important place in Sufism, and if we were to try and fully explain, it would take many symposiums. There are many scents that can disturb us, but what is important is to understand the scent of the person. That smell could be alcohol, anise, swearing, anything – whatever that person likes, that scent can be felt. Scents are important, and it is necessary to have a good scent. We know how much our Prophet loves beautiful scents.” 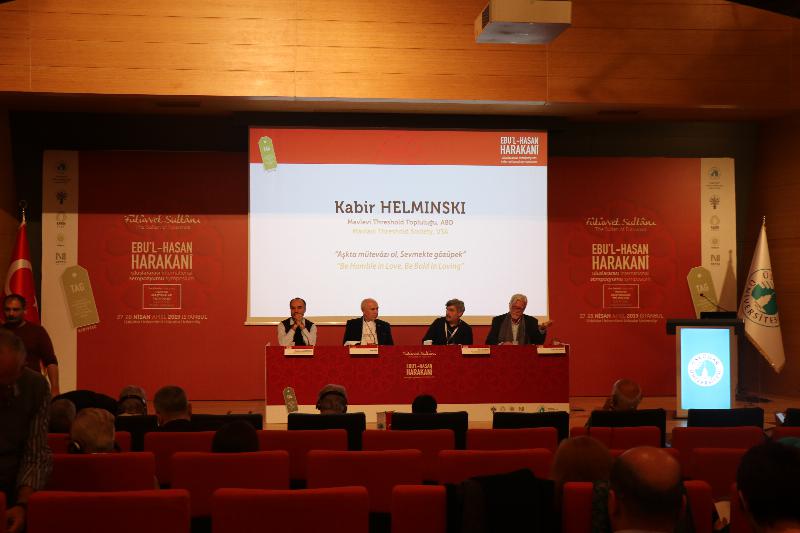 The third session, chaired by Ahmet Taşğın included papers by Kabir Helminski titled “Be Humble in Love, Be Bold in Loving", Bilal Gök’s “Meeting of the Master of Futuwwa and the Master of Wisdom: Kharaqani and Ibn Sina” and Muhammad Bedirhan's ”The desire of reaching God in the works of al-Kharaqani and earlier Sufis: total self-annihilation from both this world and the hereafter”.

The last session of the first day of the symposium was completed under the chairmanship of Halil Baltacı. This session had presentations from Omid Safi "Kharaqani: the saint who breathed with God”, Barbaros Ceylan’s "A contemporary work on the philosophy of futuwwa in the professional life: the school of Hamilik” and Velin Belev’s paper entitled, “Kharaqani and the status of the illiterate Sufi”. 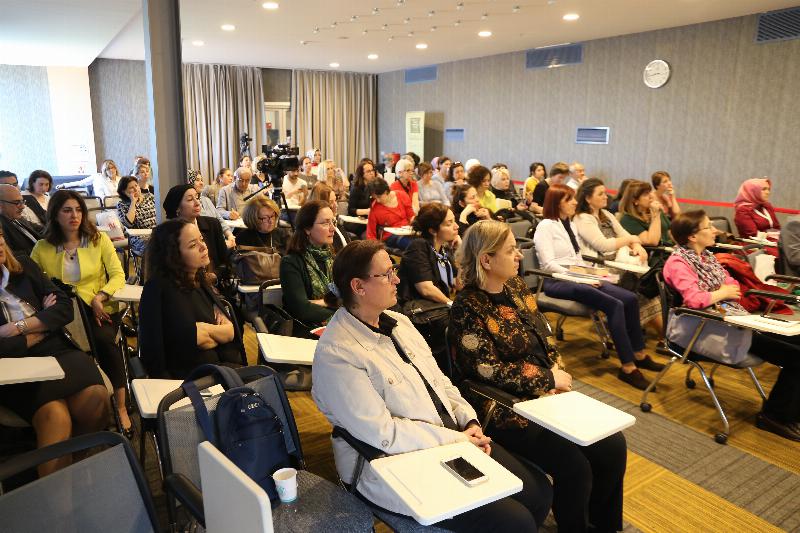 Thesis studies carried out as part of the master's program of Sufi Culture and Literature were held simultaneously with the symposium sessions. Presentations by the students demonstrated the breadth of topics available for study in connection with Sufism, ranging from biology to architecture in the form of bird houses, to literary works and their conceptualizations of Sufi themes and prophetic traditions, and political science considerations by way of incorporating Sufi values to the study of the ideal man of morality.

As the symposium was broadcast live, there was marked interest from online platforms as well.