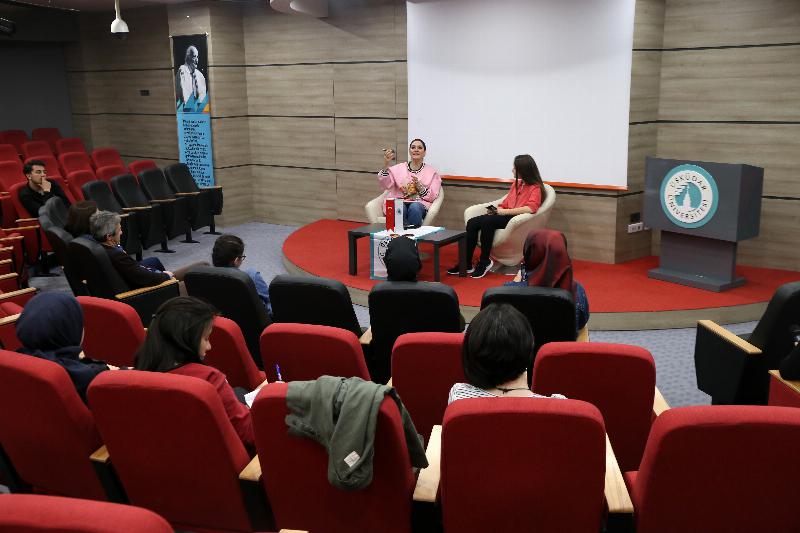 The event was held in Fuat Sezgin Conference Hall at South Campus and was moderated by the New Media Club President Sara Güller and TRT Presenter Aynur Ayaz was also a guest. 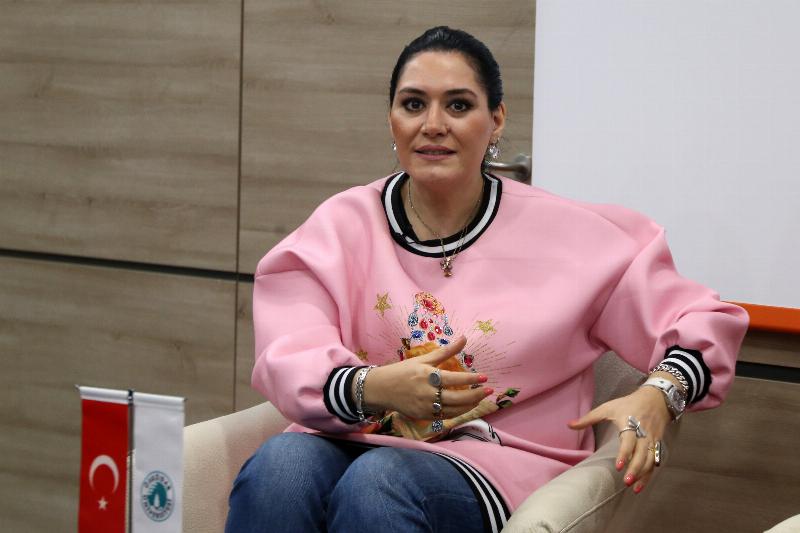 “Journalists should have eyes and ears ahead of digital”

Ayaz said; “Social media is threatened because we are at the point where information pollution and copy-paste style have come to the highest level. No research, no more getting ready. It’s like you're looking for fast-food, and not home-made food. Instead of always seeing the same things, listening to the same statements from the same people, reading the writings of different items from different sectors always feeds you and enriches you”.

At a time when everything became digital and the signal of danger was ringing, she emphasized that journalists should have eyes and ears ahead of digital.

Ayaz stated that the students should keep their dreams wide and should have shooting points in the new media that will guide the world not only the world but also in our country, and that the opportunities of students currently are much more than in the past.

Ayaz said: There is a shortage of asking questions in the new media or in the digital field, they are unable to ask questions, bringing two words together, expressing themselves and they lack vocabulary. We are trying to explain ourselves with three words while we have so many Turkish vocabulary. We're in constant consumption. Our digital space is more open to consumption, but we need to produce more on this slippery surface, catch the truth and share them with people.” 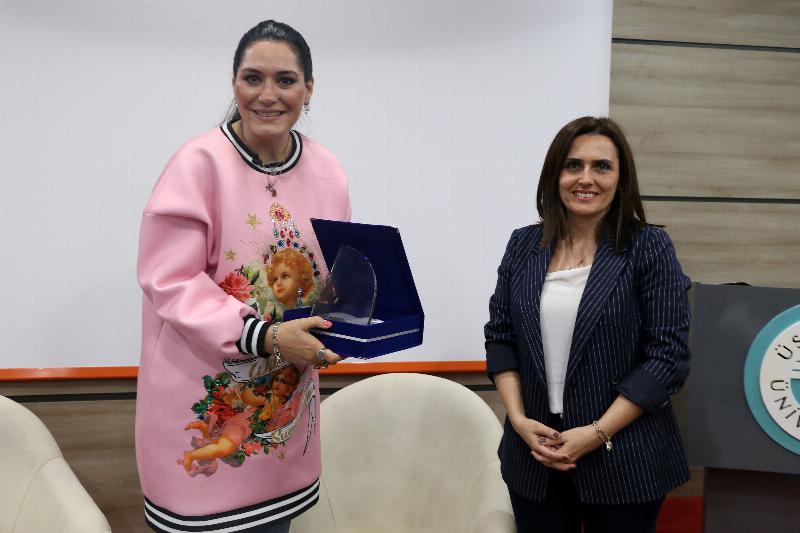 The event was followed by the question and answer session and ended after Dr. Gül Esra Atalay presented a plaque to Aynur Ayaz. 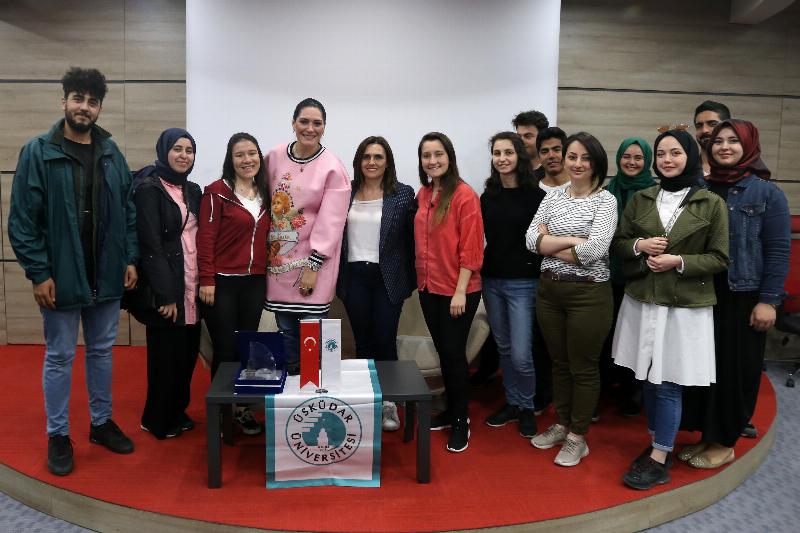