Prof. Nevzat Tarhan: “Göbeklitepe is a discovery that breaks the mold” 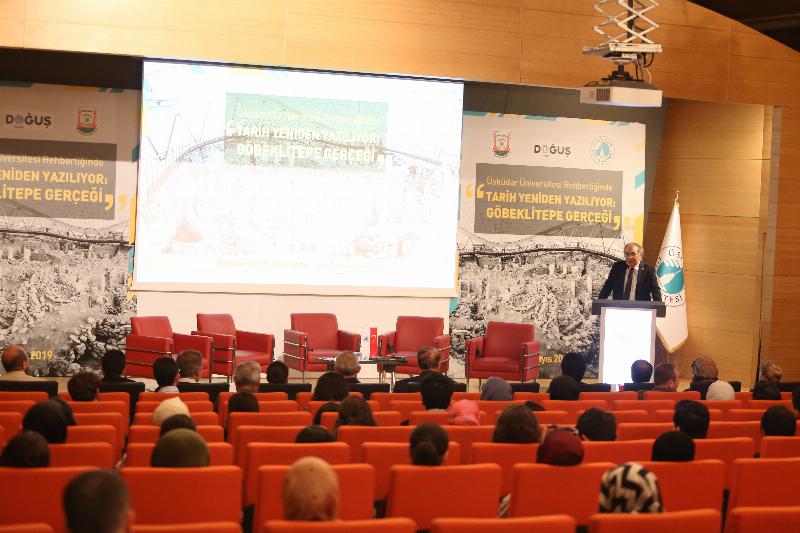 The importance, significance and the history of Göbeklitepe were explained by the experts of the field at the symposium entitled Rewriting History: The Truth of Göbeklitepe, organized in Üsküdar University Main Campus Nermin Tarhan Conference Hall. 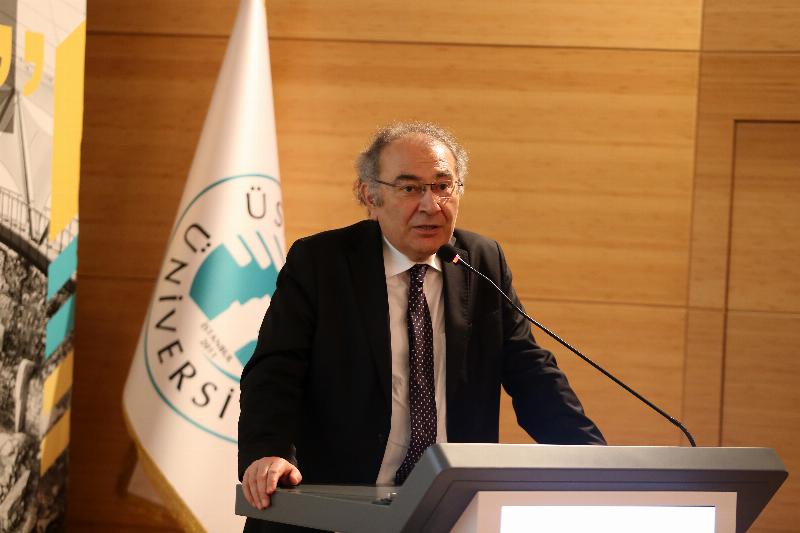 Prof. Nevzat Tarhan: “Göbeklitepe is a discovery that breaks the mold.”

Üsküdar University Founding President Prof. Nevzat Tarhan delivered in his welcome speech that the idea of having a symposium on Göbeklitepe appeared during his visit to Şanlıurfa last year. Prof. Tarhan said; “After visiting Göbeklitepe, the idea of this symposium resonated with me. There are references to Göbeklitepe in psychiatry books. It is stated that some things should be rewritten in anthropology about human development. Therefore, we identified the title as rewriting history when it comes to the zero point of history. Some information will be rewritten when new information is available in Göbeklitepe. Göbeklitepe is a discovery that breaks the mold.”

Prof. Nevzat Tarhan: “We have a treasure, but we're not aware of it.”

Prof. Tarhan stated despite the declaration of the year 2019 by the President Erdoğan, many are still not aware. Prof. Tarhan noted that Göbeklitepe should be brought to the agenda of Turkey. Prof. Tarhan continued; “Awareness should be generated about this. There is a saying in psychiatry if you do not understand an issue; if you want a person to drink water, it will not happen with telling the person to drink water. When you make the person thirsty, the person drinks the water automatically. In order to teach about Göbeklitepe, people should feel the need. This happens with awareness. We have a treasure and we are not aware of it. As a university, we thought what we could do on our part. Doğuş Group has accepted the sponsorship of Göbeklitepe for 20 years and they conduct important works. On the other hand, the Municipality of Şanlıurfa is carrying out important works.”

Prof. Nevzat Tarhan: “The questions will find their answer.”

Prof. Tarhan said Göbeklitepe would contribute to the important points in the field of psychiatry. Prof. Tarhan noted; “I think the theory of evolution will be rewritten. This is an important theory that explains the theory of evolution, the form of human being, the existence. This discovery does not conform to evolution. There is no pottery in this area of the Neolithic age. The lack of pottery shows that human beings do not enter the agricultural community. It is necessary to discuss the software process in this history. There is an advanced period that can use tools before agricultural society. Temple was done before building houses. This is what is generally known. At first the buildings are made, then settlements and finally the temples are constructed. What is discovered at Göbeklitepe does not fit this idea.” Prof. Nevzat Tarhan said that the questions on history and the past will be answered at the end of the work to be done. Prof. Tarhan continued; “That is why it is crucial to rewrite the history. We have to discuss this. We wanted to make a start here to discuss and talk in a scientific environment, inform the society as well as to open new dimensions.” 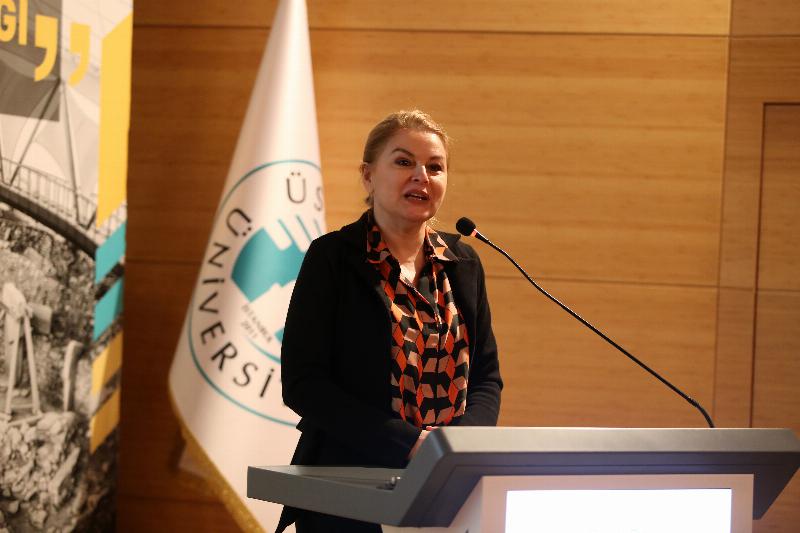 Prof. Deniz Ülke Arıboğan: “We have responsibility to all humanity.”

Üsküdar University Dean of Humanities and Social Sciences Faculty Prof. Deniz Ülke Arıboğan pointed out the importance of history and cultural heritage in her speech. Prof. Arıboğan said, “There is a concept of nondevelopmental growth. You don't have the opportunity to evaluate the new sources you get when you leave your human resources behind and when you enlarge the economic resources and energy of your country from human development. The basic issue is to evaluate the human, prepare the infrastructure that will develop the human. Göbeklitepe is not just ours. It is a part of our country and we are the host. But we have responsibility to all humanity. Protecting it well, will make it part of humanity.” 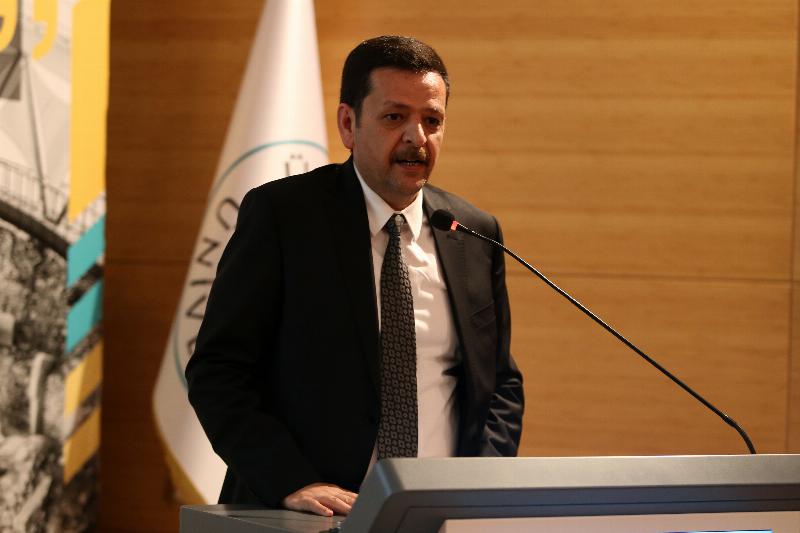 Şanlıurfa Metropolitan Municipality Culture and Tourism Branch Manager Azzat Birinci remarked that Göbeklitepe made great contributions in the development of Şanlıurfa and said that 2019 will offer significant touristic benefits to Şanlıurfa. He continued as; “Şanlıurfa holds a 12-thousand-year old heritage and culture. There is a wealth of gastronomy ranging from the Middle East to Mesopotamia, Anatolia and the Caucasus. In this sense, we can say that it is one of the world's ancient cultures.” 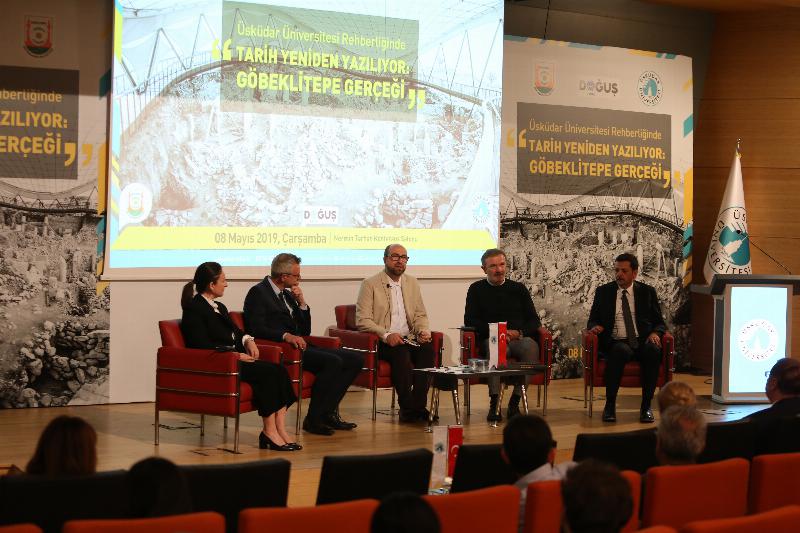 Rewriting History: The Truth of Göbeklitepe

Üsküdar University Faculty of Humanities and Social Sciences, Department of History Dr. Faculty Member Uygar Aydemir said the following; “Göbeklitepe, according to our knowledge, is one of the oldest monumental structures in archeological findings. In this respect, it is an archaeological area which compels the paradigm, which we know especially in the prehistoric period and shaped our knowledge.” 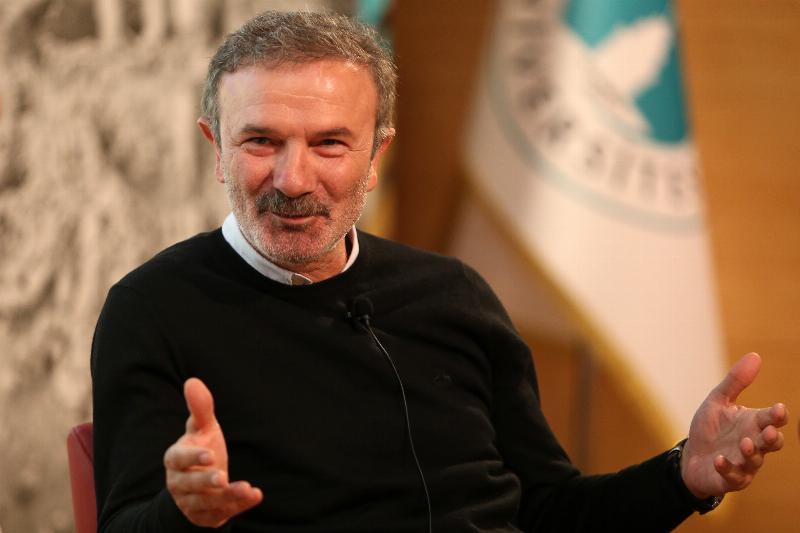 İstanbul University Göbeklitepe Science Board Member Prof. Necmi Karul gave a lecture titled; “The Origin of Resident Life in Anatolia, The Latest Hunters and Göbeklitepe” and gave information about the importance of Anatolia in the Neolithic period and Göbeklitepe. He said, “Göbeklitepe or similar archaeological value in Turkey is a part of the history of universal culture from one side but on the other hand, it has a separate position in terms of being the values in our country. Therefore, it is also a responsibility to investigate part of this history of universal culture, except that we have knowledge about it. In this period shelter becomes housing and housing becomes home. In other words, the first shelters, round huts become more and more artificially constructed at quadrangular plan buildings. Conceptually, a housing now becomes an important concept for people. When we think about how decisive it is today, we can understand the importance of this discovery. But we find that there is something very technologically advanced. Rectangular plan structure instead of the round means to make a corner. It means building a self-supporting wall. Today, you have skyscrapers because you've made the corner before. The essence of doing these buildings is through these technological solutions.” 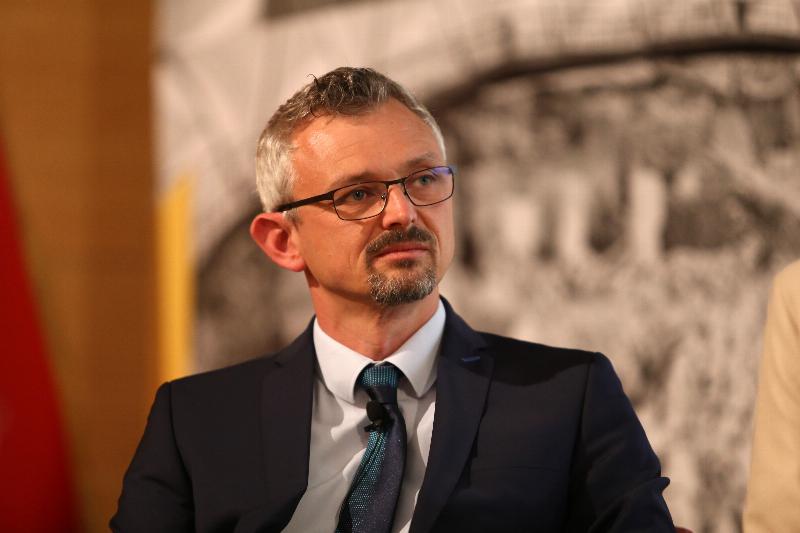 Göbeklitepe Excavation Team Leader Lee Clare remarked that Göbeklitepe region was first discovered in the 1960s, but with the realization of its importance, since 1995, the actual excavation work began. Göbeklitepe's the most important feature is socialization. Lee Clare pointed out that this region is a social center. He continued as; “It was a center where alliances were established and marriages took place. The important thing was that people who shared this place had a common identity.” 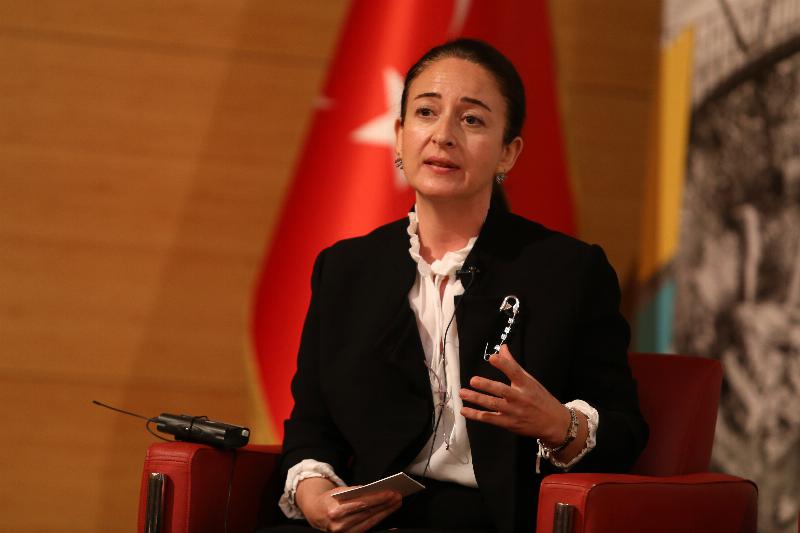 Çağla Saraç: “We want to introduce Göbeklitepe to the rest of the world”

Doğuş Group Art Consultant Çağla Saraç gave information about their works in Göbeklitepe as Doğuş Group. Çağla Saraç mentioned that Göbeklitepe's name has begun to be heard in national and international platforms and is included in the UNESCO World Cultural Heritage List. Doğuş Group signed a 20-year sponsorship agreement in 2015 in cooperation with the Ministry of Culture and Tourism. Çağla Saraç provided information about their 20-year plan. She continued as; “First of all, Center for Visitors is constructed for the guests to enjoy at Göbeklitepe, which is 19 km away from the center of Şanlıurfa. As Doğuş Group, we are conducting introductory works in the national and international arena. The first of these was held in 2015 in Davos.” Çağla Saraç said that the agreement is expected to reach a total of $ 20 million within the framework of this agreement. 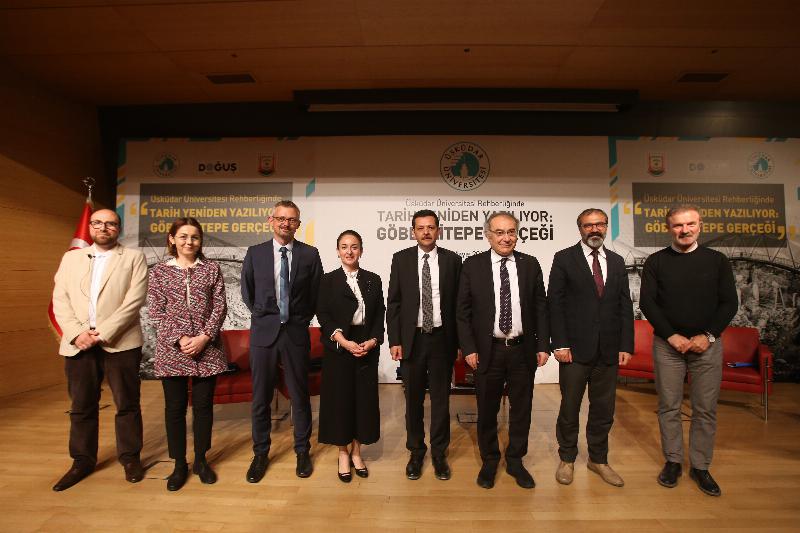 The symposium was broadcasted live at Üsküdar University Television (ÜUTV) and souvenir photos were taken at the end.