Prof. Güngör, the Dean of the Faculty of Communication at Üsküdar University, said, "We now see that the digital media has completely separate the individual out of environment and closed its own personal world." 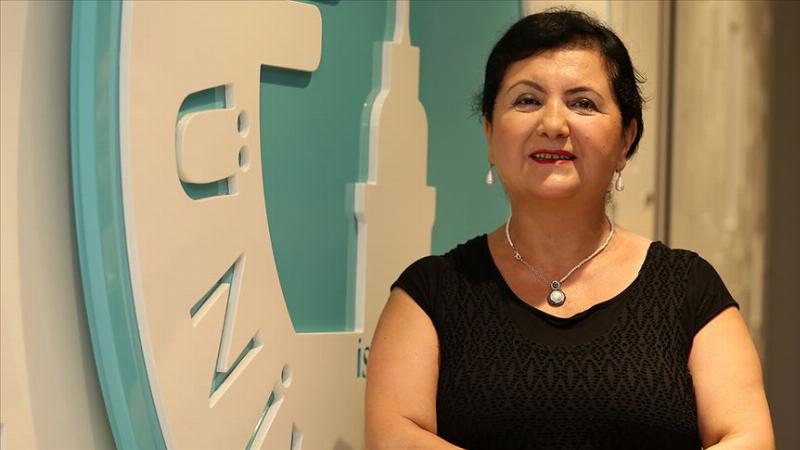 Prof. Nazife Güngör, the dean of the Faculty of Communication at Üsküdar University, said that it is possible to say that traditional family and traditional communication tools overlap and she said, "Although we have talked for years now that television in particular has weakened family relations, we can now see how innocent the television remains as long as the digital media sees that the individual is completely detached from its surroundings and closed down in its own individual world."

Prof. Güngör made the following evaluations by explaining that digitalization brought its own production forms and processes together:

"With the shrinking and portable machines, the form, relationship and processes of production have come out of single centrality and become multi-center, fast and portable. In other words, a new form of production has started to emerge, where space and time have become flexible and centralized. Accordingly, work life, out-of-work time, work and out of work relationships have entered the process of changing a lot. In every society, the media is generally fed by the political, economic, cultural and diplomatic dynamics of that society. With digitalization, the media began to emerge from the cling of large economic media monopolies. You can publish a newspaper with a laptop, broadcast television. So big capital may not be necessary."

Prof. Güngör said that the digital media is evolving towards an area where everyone, every cultural section can be represented, and that this is important for the settlement of cultural pluralism.

Prof. Güngör mentioned that the legal boundaries are important in the positive direction of the digital media and social impact and she said "An environment where everyone can find a place and express themselves can have positive effects. Of course, if the system is not established, the legal rules and norms can also bring harm instead of benefit. The presence of educated citizens, who have conscious society, knowledge and reason is important. "

Noting the ability of the media to shape the community, Güngör predicted that the virtual environments would expand the network of relationships, and the spatial and temporal boundaries would weaken.

Güngör, inter-human relations are resolved, and information sharing in terms of a more concentrated social structure, emphasizing the following, noted:

"So much information, a structure in the form of little relationship. The subject of peace and happiness is very difficult to say in advance, as it will depend on the emotions, spirit and mind structures of the future people. It is possible to say that the traditional family and traditional communication tools overlap to a certain extent. Although we have spoken for years, especially when the television has weakened the family relations, it is now at the point where digital media is completely ripped away from its surroundings and closes its own individual world, as the television is innocent. At least people could gather at the television to watch a series or a movie, to hear news. Even if they didn't talk, they saw each other. Today, individuals are in the same house, but they are completely isolated from other individuals while staying in their own room with their computers alone. This is the danger of individualization with digitization, hence the risk of going out of the group structure and disappearing in its own virtual crowd. "

Prof. Güngör said that digital media is not under control in terms of family relations, and that the result would not be positive unless people, especially families, are not adequately trained to use the new media.

Prof. Güngör, who explains that the media is a medium in which some values, behaviors and lifestyles are transferred from the outside regardless of the media, says: "Therefore, while creating the content of a society's media, it is necessary to look at the intensity of the original cultural tradition of that society, its values, life forms and the content of the media and to people should, of course, be acquainted with different content through the media, other cultures, other societies, informed about them, but what is peculiar to them should not be excluded. Setting this rate is also a planning job, it is a professionalism job."

Prof. Güngör, pointing to the importance of education in the use of new media, "Education starting from elementary school is mandatory in the usage of digital media or new media. Primarily in formal education, media literacy and even new media literacy issues should be sufficient and should be provided by experts. It is also necessary to support the process with a number of training programs, such as adult seminars."