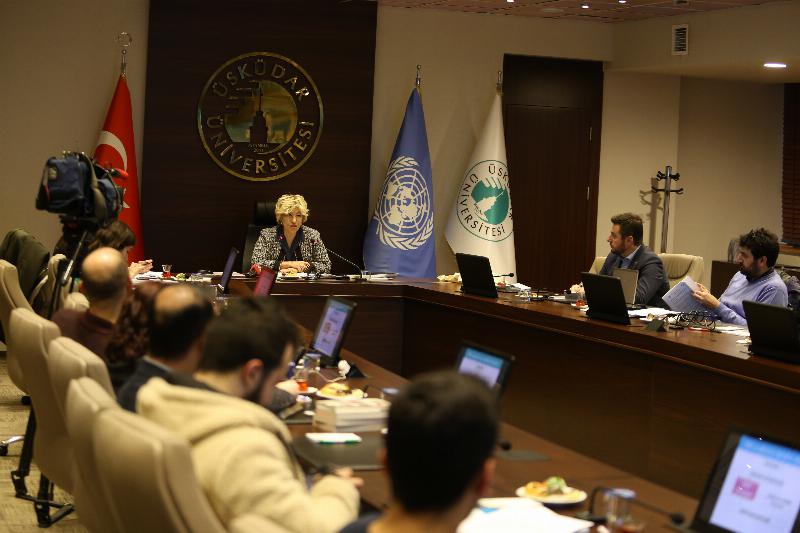 The 2018 Report formed by the United Nations (UN) International Narcotics Control Board (INCB) was shared with the world simultaneously. Üsküdar University Vice President, Member of the United Nations Commission on Narcotic Drugs of periods 2005-2010 and 2017-2022 and Former President Prof. Sevil Atasoy, announced the data on the fight against the drugs in the Middle East as well as the figures in Turkey.

Üsküdar University Vice President, Member of the United Nations Commission on Narcotic Drugs of periods 2005-2010 and 2017-2022 and Former President Prof. Sevil Atasoy, announced the data on the fight against the drugs in the Middle East as well as the figures in Turkey at a press conference held at Üsküdar University Main Campus, Senate Hall.

Prof. Sevil Atasoy provided information about International Narcotics Control Board (INCB) and she continued as; “There are three international United Nations Agreements to protect the health and well-being of citizens of the world by controlling drug production, manufacturing, distribution, use and trade, as well as the access to narcotic and psychotropic substances aside from medical and scientific use. All member countries agree with these agreements except couple of island states on the Ocean. No other regulation of the UN has received such universal acceptance. The UN's independent body, the International Drug Control Board (INCB), oversees compliance with contracts. According to the Convention, the Board, which is composed of 13 experts selected by the Economic and Social Council for a period of five years, has to publish annexes annually with a report written by the competent bodies of the Governments only.”

Prof. Sevil Atasoy stated that the 2018 INCB Report primarily focused on the risks and benefits of Cannabis for medical use, and also assessed legal developments related to Cannabis's non-medical use. Prof. Atasoy indicated: “There is also a special attachment to the report entitled ‘Access to Drugs Subject to International Supervision’.  In addition, on March 5, 2019, the 2018 Precursors Report will be presented to press members around the world. Series of reports referring to regional developments, also call for financial and technical support to help Afghanistan cope with the challenges it faces in fighting against the drugs.” 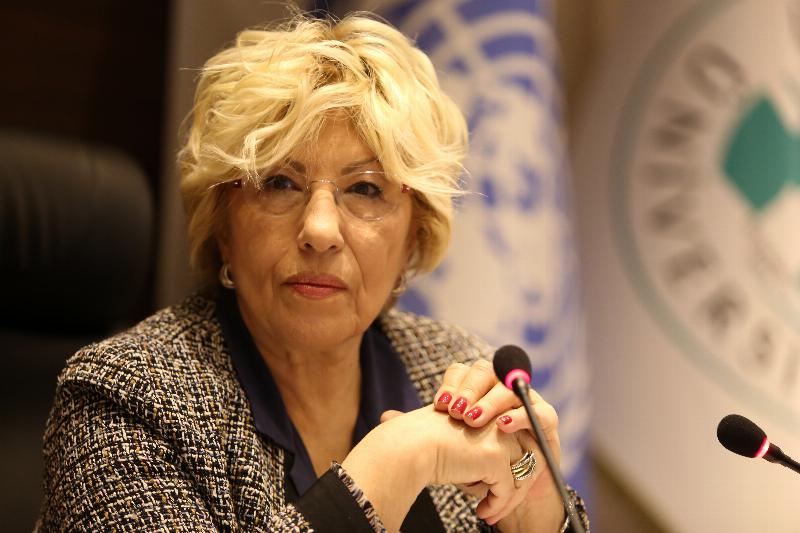 Prof. Sevil Atasoy stated that Afghanistan has gained earnings over opium, far above its legal export revenues this year. Prof. Atasoy warned that “If the issue in Afghanistan is not resolved, it is not possible to prevent heroin and morphine addiction in the world.”

There is 100% success rate at catching

Prof. Sevil Atasoy explained that there is a serious success rate due to various measures taken such as having trained personnel in Turkey.  Prof. Atasoy remarked that there is at least 100% success rate at capturing and she continued as:
“We notice that Turkey is still used as a transit path from Afghanistan to deliver the drugs to European countries and that the importance of the classical Balkan road continues this year as well. So there is not really a decline. Although there are various roads such as north road or south road; Balkan road is still the cheapest, easiest and fastest one. Therefore, Turkey is on this route. The important thing is that we have caught almost twice as many heroin compared to last year. So there is a tremendous increase in capturing. Similarly, we have caught almost 10 times more of anhydrides compared to previous years. There is a 100% success rate in Turkey when 2017 and 2018 Reports are compared in terms of fighting against the drugs. The measure of this success is not about the number of dealers caught by the Supervisory Board. We need to think micro such as kilograms, liters and tons. The crucial part is security guards’ fight with the supply.”

We are at the top notch when it comes to capturing

Prof. Atasoy stated that the rate of catching the drugs passing through our country is at the highest level in the world. Prof. Atasoy continued, “It is not possible to catch 100% of them. Turkey's police and gendarmerie always show a performance that is appreciated. However, this does not affect the increase in heroin addiction, its prevention and price in Europe.” 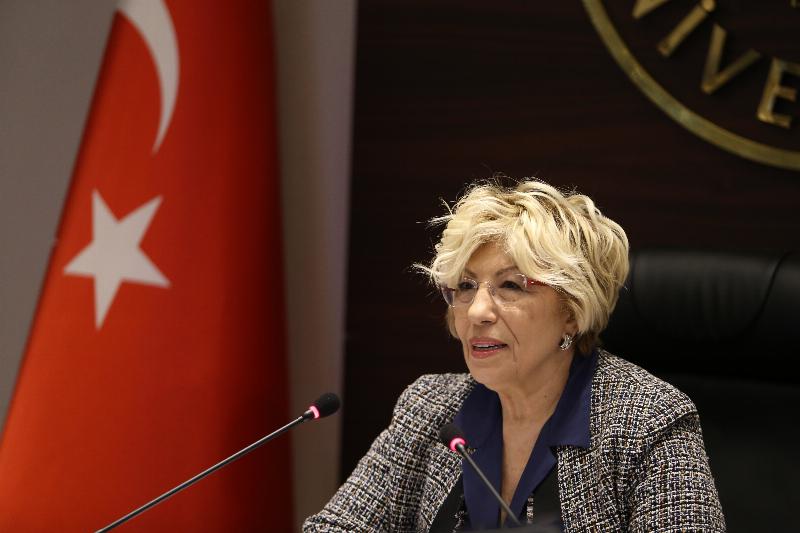