The UN International Narcotics Control Board, 2017 World Report shared with the public!

Emphasizing that heroin is the biggest danger for Turkey, Prof. Sevil Atasoy said, " So much of heroin goes through the country in tons. This is not possible to stay here, so a transit country becomes the user regardless ". Uskudar University rector Prof. Nevzat Tarhan also stressed on the importance of the treatment and later rehabilitation process by defining the addiction as a social cancer of the society. Prof. Tarhan stressed that Turkey is the only country with no independent law among the developed countries in the rehabilitation process.

At a press conference at Üsküdar University Altunizade Campus, Prof. Sevil Atasoy presented the 2017 report created by the United Nations (UN) International Narcotics Control Board (INCB). According to the report, individuals who use drugs all over the world are facing stigmatization. Only one out of every six people in need of treatment for drug addiction at global level have access to such treatment programs. The report, which is also transferred to regional developments, was noted that drugs and narcotics under international control were sold on the internet. At the press conference, data concerning the fight against narcotics in Turkey as well as Middle Eastern countries was shared, Üsküdar University Rector Prof. Nevzat Tarhan also gave important information about the prevention of the usage of drugs. 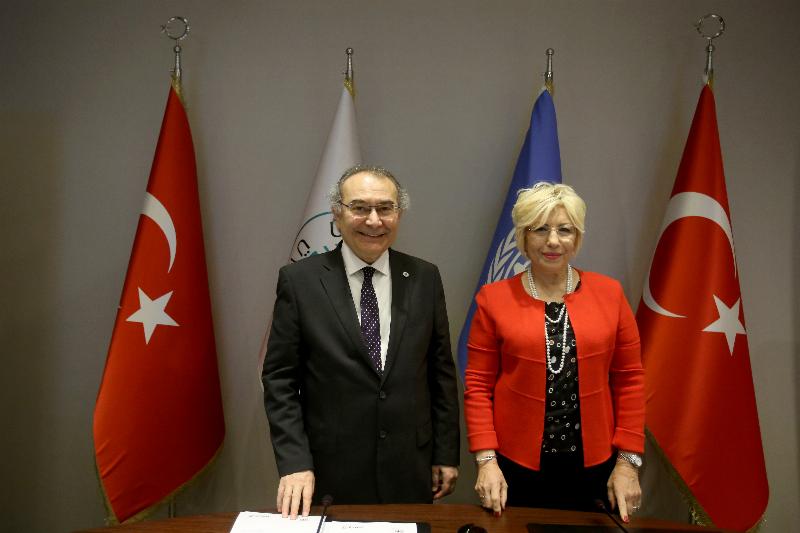 Prof. Dr. Sevil Atasoy: "40% of heroin originated in Afghanistan is captured by Iran and Turkey"

The Vice-Rector of Üsküdar University Prof. Sevil Atasoy, who is a member of the United Nations (UN) International Narcotics Control Board during the periods of 2005-2010 and 2015-2022 and a former president said that Turkey gives the way because of the traditional Balkan Route.

Prof. Sevil Atasoy said: "40% of heroin originating from Afghanistan has been captured by Iran and Turkey, while 350 tons of heroin are known to reach the Western European markets. However, the report also included the Afghan heroine's access to the Balkan Route through the Northern Black Sea route through Armenia, which was described as "North Road" due to security measures we took in our borders. The fact that Turkey is on the way to smuggling Captagon from Eastern Europe and reaching other countries like Iraq, Syria and the Arabian Peninsula is part of so many other facts. Captagon is no longer manufactured due to its abuse, although it is a fortified drug that has been on the market years ago. But because of its popularity, the fake Captagons were released. In the fake Captagon, there are different amphetamine derivatives and caffeine-like substances in place of fenethylline. It is mainly used by terrorist groups to cope with insomnia and hunger, and it is caught in a large amount in our eastern regions, especially in Hatay. " 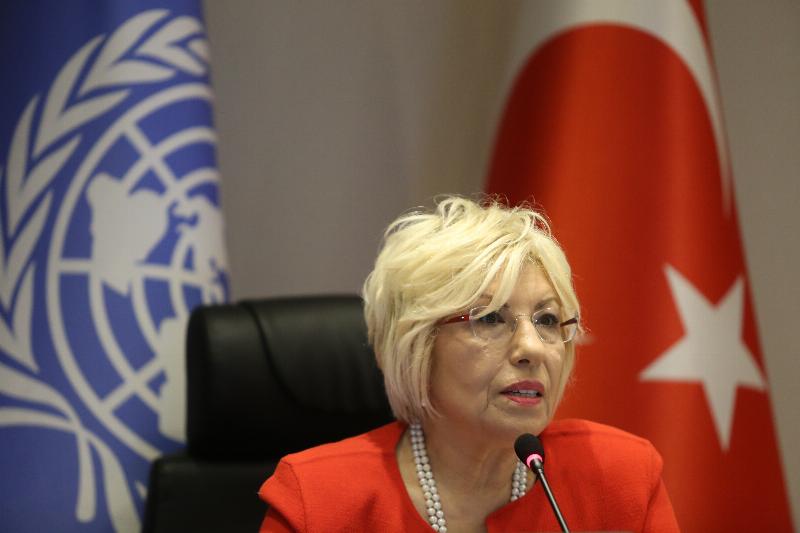 “The biggest threat to Turkey is heroin”

Emphasizing that heroin is the biggest danger for Turkey, Prof. Sevil Atasoy said, " So much of heroin goes through the country in tons. It is not possible to stay here, so a transit country will become a user no matter what. It spreads when the price drops in the market. The spread of the drug is in the hands of the smuggler. Controlling itself because illegal organizations are controlling the market. The most dangerous is heroin. Heroin is in the first place in terms of substances used by AMATEM applicants for treatment."

"Treatment should be applied in prisons"

Prof. Sevil Atasoy, who pointed to the importance of drug use without prescription, said the treatment should be prioritized in prisons, saying: “The addicts in prisons are a big problem. We should not just look at the substance, the abuse of prescription medications is also addictive. This is a serious problem because the person can then go towards a heroin that is much cheaper. A lot of drugs have become pills. Yes, the Turks don't really like to inject needles, but the pills are easy to swallow. The treatment in prison is a very important detail and it is never done in Turkey. Whereas in the United States, especially in prisons, compulsory treatment is being done. When he/she says I do not want to be treated while out, we cannot force it. But it can be done in prisons. He sees this as a method. But we do not have such an application. There are hundreds of thousands of people in there in need of treatment.”

Bringing attention to the drug addiction of women, Prof. Dr. Sevil Atasoy said, "There are different camps where many female Syrians are held together. We have the boundary strip, we have both, and there are different places like Lebanon. The doctors here are obliged to give antidepressants. To those in great trouble. They're also developing drug addiction. So, it's not Captagon and heroin, but it's drug addiction. There are chances that babies will be born disabled in these women's pregnancy situations. "

More emphasis should be given to treatment and rehabilitation

In its annual report, INCB warns that only one out of every six people in need of treatment for drug addiction at global level have access to such treatment programs. Even where access to treatment is available, it is seen that treatment remains low and below international standards. According to the report, individuals who use drugs all over the world face stigmatization, which further complicates the situation. This stigma does not just prevent their treatment opportunities and treatment access, it also affects the possibility of re-integration with the society.

The report highlighted that substance usage disorder is one of the most branded health problems worldwide. The report, which is also transferred to regional developments, was noted that drugs and narcotics under international control were sold on the internet. The report stated that some internet pharmacies operate without a license, so they can sell pharmaceutical preparations containing narcotic substances without prescription. 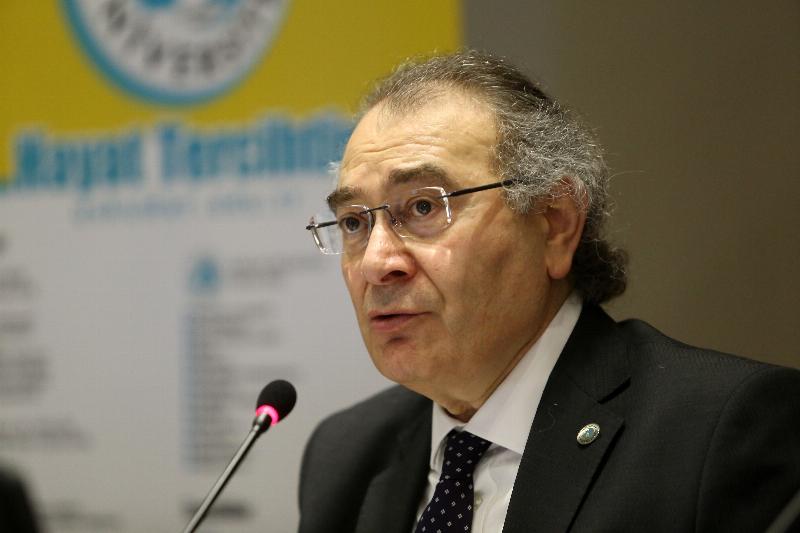 Prof. Nevzat Tarhan: "Addiction is a social cancer of society"

Uskudar University President Prof. Nevzat Tarhan also described the addiction as a social cancer of the society. Indicating that there are important feet in combating addiction, Prof. Tarhan said, "one of them is protection. Becoming conscious and raising awareness of healthy people about substance use. So, these people don't need to use substance. We call it reducing demand in combating addiction. Preventive mental health services are important." Despite all the measures taken in the developed countries, Prof. Tarhan pointed out that substance addiction and deaths increased he also pointed out that the demand was boosted and that the claim to substance use came from the youngest people.

Prof. Nevzat Tarhan: "The policies of combating addiction should be conducted correctly"

Stating that the fight against addiction should be carried out correctly, Prof. Tarhan said "Some policies are only in the direction of struggle with supply, but this is not enough. Narcotics teams are set up but what we need to do is to reduce the actual demand. There is also prevention outside the guard. Identifying risk groups, removing risk maps, which are more important in this risk map. It is necessary to include important primary care services in the first place in addiction struggle, and to establish rehabilitation teams consisting of social workers from special psychologists related to this. Identifying risks in these policies is important in terms of measures. In terms of treatment, access to treatment is a very important consideration. There are too many people having difficulty in accessing treatment. These are people living on the street, unprotected people, and those who live alone. Those in a broken family environment and in a bad friend environment are also in the risk group. These people should be supported for access to treatment, and these individuals should be guided to mandatory treatment." 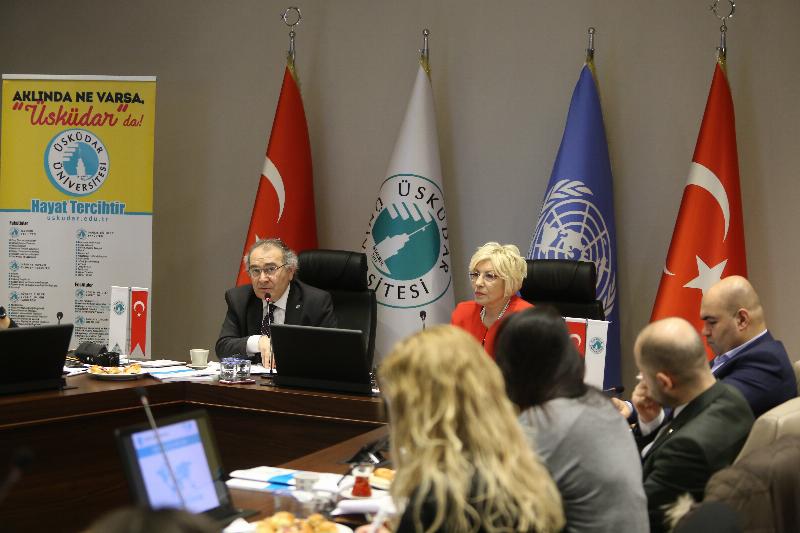 Prof. Tarhan: "We have no independent law on rehabilitation"

The active use of first-step services in addiction policies will create a practical way for Turkey, Prof. Tarhan said: "I think it is important to consider the policies in relation to Turkey's health policy in determining their dependence on addiction."

The illegal chemical industry is in pursuit of new plans, Prof. Nevzat Tarhan has warned that “they are setting up new traps for young people. They produce new synthetic substances and sell it by producing ladders for cheap prices. These new psychoactive substances, called Bonzai and Jamaica, are substances or bath salts that create an artificial consciousness in the person. This person sees himself in a false paradise. Then schizophrenia emerges, mental illness occurs. Turns the person into a zombie and causes sudden deaths. We're losing the new generation. To prevent the loss of the new generation, the policies on this subject should be sustainable and it is not only when society is in crisis and when it is in the press, it is necessary to focus on this issue with sustainable policies.”