24 packages of books donated from Üsküdar University students to Afyon 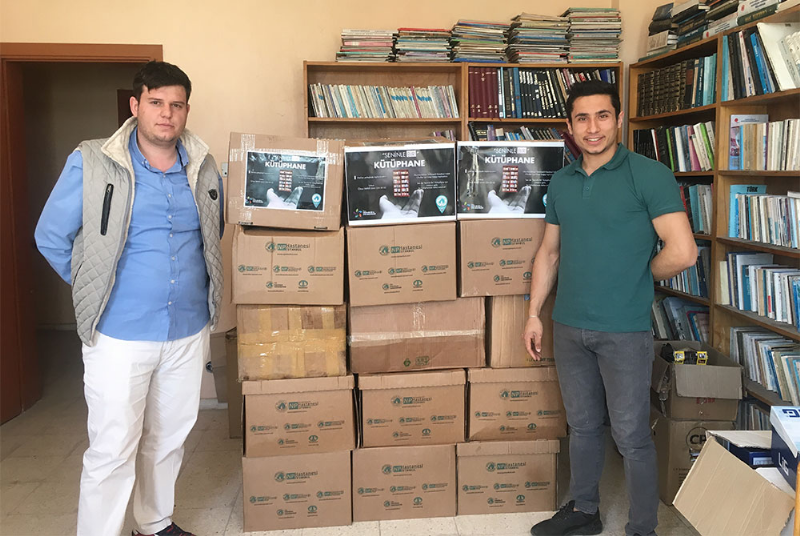 24 packages of books donated from Üsküdar University students to Afyon

A collaboration of Üsküdar University's Directorate of Health, Culture and Sports and Turquois Club has led to present books to the much-needed school libraries in Afyon’s Sülümenli district.

Turquoise Club students’ long-running campaign that resulted in collecting 24 parcels of books, were distributed to the schools that reside in Afyon’s Sülümenli district.

Club students, who were also supported by the Sülümenli Municipality, donated the books to the schools in need.