ECNS 2016 Has Been Introduced In The US Parliament 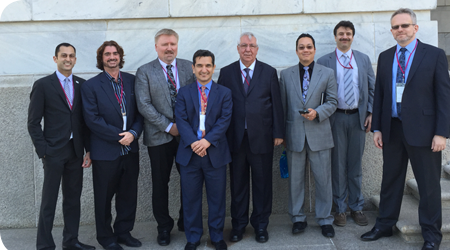 Prof. Dr. Selahattin Gültekin, Dean of Faculty of Engineering and Natural Sciences, has introduced ECNS 2016 meeting in the U.S Parliament where in the audience politicians and world-wide known scientists were present.During the ECNS 2016 Meeting, which  will be hosted by Üsküdar University in Istanbul on September 7-11, recent developments in the field of neuromodulation, neurofeedback and neuroimaging will be discussed in detail by well-known scientists.