Witnessing Historical Moments in Hagia Sophia Prof. Dr. Tarhan: “If it serves peace, we can consider it as cultural historiography” 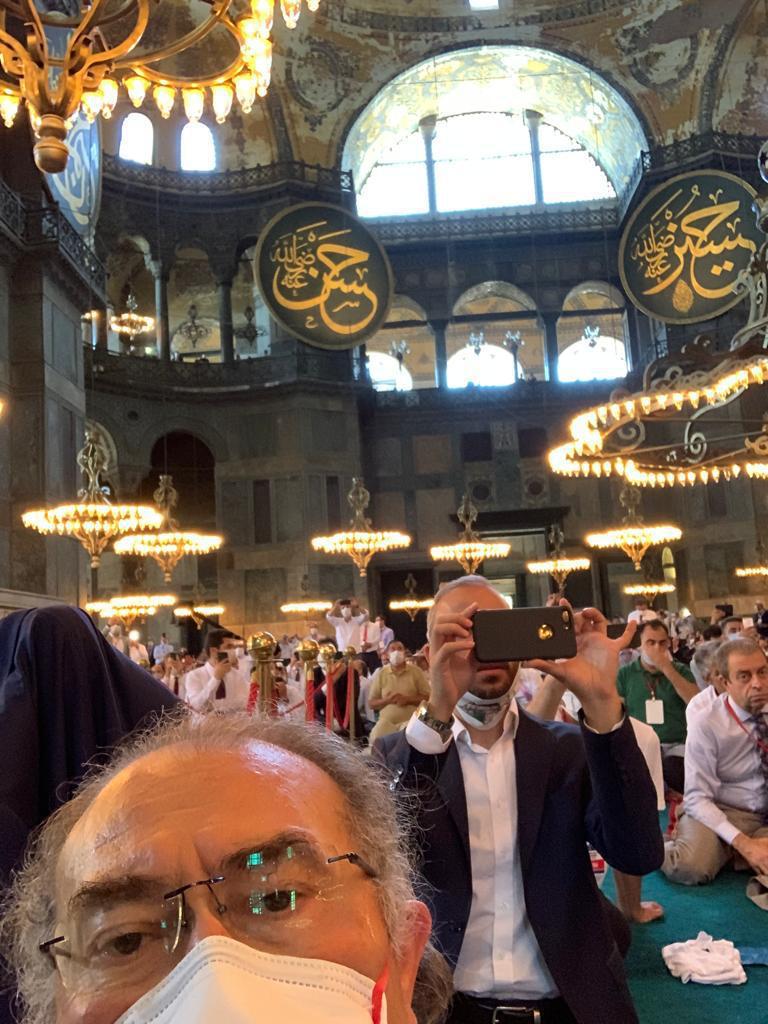 Üsküdar University Founding President Psychiatrist Prof. Dr. Nevzat Tarhan witnessed history by holding line during the first Friday prayer performed after 86 years in the Hagia Sophia. Tarhan shared the video from his Twitter account from inside the Hagia Sophia Mosque with the words "Hagia Sophia is a symbol of modernization by reconciliation with our own culture. If it serves peace, we can consider it as cultural historiography."

There was a historical day in the Hagia Sophia Grand Sacred Mosque. The first prayer was performed after the sound of the adhan was raised from 4 minarets of the Hagia Sophia, which was converted from a museum to a mosque with the decision of the Council of State. With the participation of President Recep Tayyip Erdoğan, the MHP (Nationalist Movement Party) leader Dr. Devlet Bahçeli and state officials, the Hagia Sophia Grand Sacred Mosque opened with Quran recitations. President Erdoğan, while reading the Quran before the prayer, Head of Religious Affairs, Prof. Dr. Ali Erbaş also held the Friday Prayer. It was remarkable that Erbaş had a sword in his hand while reading the Friday sermon.


What does the sword mean in the sermon?

While the sword tradition of some mosques continues today, the sword tradition contains symbolic meanings in the Friday prayer and feast prayer sermons. The right-handed sword reveals its intention to ”use it" and aims to intimidate the enemy. In sermons the sword is dealt with the left hand. This, in turn, is intended to ‘reassure the friend’.

500 people were invited to attend Friday prayers at Hagia Sophia Grand Sacred Mosque. Among the guests, the founding president of Üsküdar University, psychiatrist Prof. Dr. Nevzat Tarhan was present also. Tarhan said in the video he took from in the mosque by sharing on his social media account after the prayer: “Hagia Sophia is a symbol of modernization by making peace with our own culture. If we take it as a cultural historiography, it serves peace”.