Bediuzzaman Said Nursi Commemorated on the 60th Anniversary of His Death 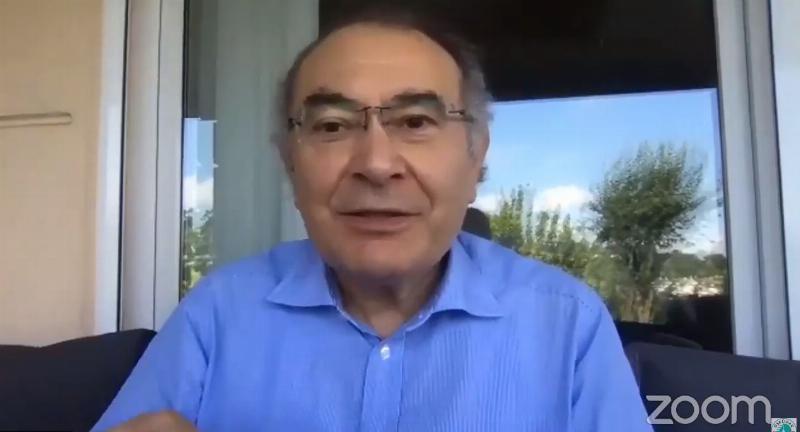 Bediuzzaman Said Nursi was commemorated on the 60th anniversary of his death with an online program titled "Holistic Approach to Sciences" organized by Üsküdar University. Üsküdar University Founding President Prof. Dr. Nevzat Tarhan said, that Bediuzzaman should be understood for the future needs of humanity. Istanbul Provincial Mufti Prof. Dr. Mehmet Emin Maşalı also attended.
Bediüzzaman Said Nursi was commemorated in the 60th year of his death in the program "Holistic Approach to Sciences", organized by the Üsküdar University Risale-i Nur Research Platform and The Era’s Conscience Club, supported by the Office of the Religious Affairs of the Istanbul Mufti. The 7th Commemoration program, organized online within the scope of coronavirus epidemic measures, started with the Quran Recitation of İbrahim Yağız.
Prof. Dr. Nevzat Tarhan: “Bediuzzaman will be understood later, like Mevlana”
While Müberra Özdemir, President of the Era’s Conscience Student's Club, made the first opening speech, Prof. Dr. Nevzat Tarhan, in his speech, said that they focus on Bediuzzaman Said Nursi not only on remembrance but also on understanding him. Underlining that Risale-i Nur and Bediüzzaman should be understood today Prof. Dr. Nevzat Tarhan said, “Why is it necessary? It is necessary for the future needs of humanity.  Bediüizzaman was not known in his life, just as Mevlânâ was not known in his life as well. It will be known later but still not known.”
Prof. Dr. Nevzat Tarhan: “A non-worldly, non-commercialized and non-political movement”
Tarhan said that when he examined the life story of Bediuzzaman, three features attracted attention, “A movement started with him. He made a series of books. He made a book-centered movement, not a person-centered one. He started this movement when his opposition to religion was supported by science. Risale-i Nur works and movement has three features. The first is that it is an immaterial act. The second feature is a non-commercial movement. I have noticed that he never obtained a commercial interest in his students and himself. The third feature that attracts my attention is that it is a non-politicized movement. He said,’ I seek refuge in Allah from politics and Satan ' and continued to do so until to the end of his life.”
Prof. Dr. Nevzat Tarhan: "We established RINAP to understand the Risale-I Nur”
Prof. Dr. Nevzat Tarhan, who noted that Bediuzzaman Said Nursi wanted three subjects very much, said; “The first was that his works were published by the religious affairs. If he would think commercial, he could have made a huge profit by selling these books, because he has a lot of printed books. In 2014, Religious Affairs carried out the publication of the book. His second request was the opening of Hagia Sophia but this has not yet happened (On 24th of July 2020 its opened as a masjid for prayer). His third request was that Risale-I Nur works be taught in schools. That hasn't happened yet, either. Risale-i Nur has no content that prevents it from being taught in schools. But there is a serious perception in society, that perhaps have been brought 70 to 80 years of black propaganda. Society still does not recognize Bediuzzaman and his works in Turkey. When we established Rinap, the Risale-I Nur Research Platform, our main goal was to increase the awareness of Risale-I Nur. We aimed to correct misperceptions and enable society to see the facts”
Prof. Dr. Nevzat Tarhan: "Bediuzzaman, activist, realist and idealist”
When examining Bediuzzaman's behavior and actions from a psychiatric perspective, Prof. Dr. Nevzat Tarhan listed him as an activist, realist, and idealist. Prof. Dr. Nevzat Tarhan said: “Why activist? Because he wrote books alone in Barla, his books have been translated in 50 countries around the world and he has followers everywhere. He has never established a hierarchical structure. These are examples of being an activist. As for being a realist, we can show that he combines religious sciences and science, and has chosen a method by combining the mind and the heart. As an idealistic, he tells those who visit him: 'Do not come if you are coming to learn something from me, come only if you will come for the pleasure of Allah.
Due to his activist, realistic and idealistic features, he has the characteristics of three scholars in the history of Islam. With his activist feature, he is doing an activity similar to His Holiness Abdulkadir Geylani. In terms of his realism feature and determinations in madrasah sciences, he presents an example of Imam Ghazali in this age. Due to his idealistic features, we see the mission of Imam Rabbani in Bediuzzaman. He combined knowledge, education, and wisdom. He combined school, madrasa, and dervish lodge with his movement. These characteristics of Bediuzzaman are not fully known. At Üsküdar University, we established a structure related to Risale Nur in a university environment for the first time in Turkey. We want to continue this openly and transparently. Because in Bediuzzaman's life, there was no secrecy on his agenda, he was always open and transparent. We think that this is the best way to describe Bediuzzaman in this way.” 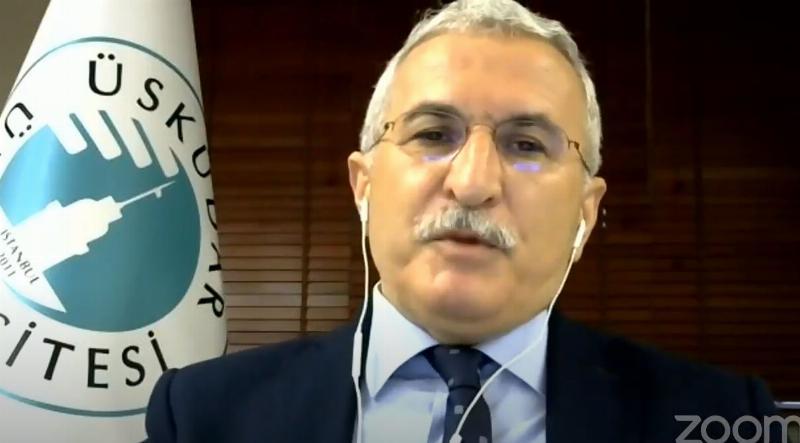 Prof. Dr. Ibrahim Özdemir: "The Nur treatises contain a universal message”
Prof. Dr. Ibrahim Özdemir, Head of Department of Philosophy at Uskudar University, stated in his opening speech that Bediuzzaman Said Nursi did not recognize borders like other Islamic scholars, and adding, "İmâm-ı Rabbânî did not fit into the borders India. Imam Ghazali did not fit into the borders of his own country. Mevlana Jalaluddin Rumi did not fit within the borders of Anatolia. Ibn Khaldun did not fit Tunisia into North Africa, let alone Tunisia. His message spread all over the world. Today, the Nur Treaties did not fit the borders of Anatolia. It is out of the National Borders. Translated into more than 50 languages. Hundreds of scientific studies have been done on it. The theses are written and continue to be written. The secret of this is, that it contains a universal message that appeals not only to Muslims but to all people and segments."
The closing speeches of the program were carried out by Uskudar University Vice-Chancellor Prof. Dr. Mehmet Zelka and Risale Agency Columnist Dr. Mehmet Riza Derindağ.
Prof. Dr. Mehmet Zelka: "It brings an explanation to many problems of today"
Prof. Dr. Mehmet Zelka stated that Bediuzzaman Said Nursi explained many problems today. Zelka, “Today, we face serious problems both as individuals and as a society. His Master Holiness brought very good explanations to each of these problems with each treatise and mankind emerged in the center of the work. His Master Holiness preaches us with various works that will enchant us with examples, how we will know ourselves, and how we will know our Lord.”