Prof. Dr. Tarhan: “The Reason for the Events in the USA is Economic Racism” 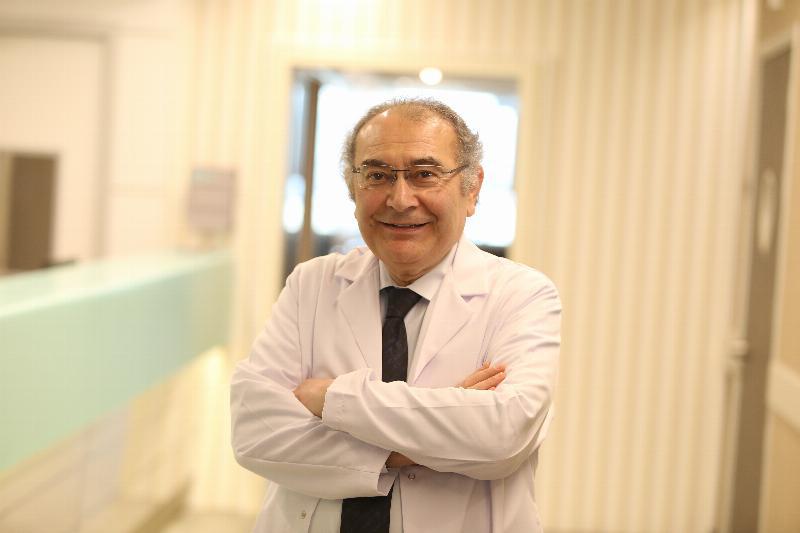 Psychiatrist Prof. Dr. Nevzat Tarhan stated that the roots of racism, which came to the fore with the death of George Floyd, who drowned due to police violence on May 25 in the USA, were very old, points out, that racism in America has not only biological but also economic aspects.  Stating that economic racism is quietly approved against everyone, against biological racism, Tarhan said that the reason for such serious reactions in the last event was economic racism.
Üsküdar University Founding President Prof. Dr. Nevzat Tarhan made evaluations about racism and racism psychology, which came to the fore with the death of George Floyd in the USA.
Noting that man has a basic personality development and identity development, Prof. Dr. Nevzat Tarhan said, “Identity development is very suitable to be defined as racism. Identity developments are social roles. These social roles are considered biological roles and some kind of discrimination is made about this. When it comes to racism, it is generally understood as biological racism, which is ethnic discrimination. In whichever genetic pool a person finds himself, his race is special.”
Humanity has paid very heavy prices

Noting that there were very painful incidents in the past due to racism, humanity paid heavy prices Prof. Dr. Nevzat Tarhan said, “Hitler is the form of racism in flesh. Hitler did racist fascism; he saw his own race as a pure race. Later he called the Turks and the Japanese culture carriers. He called the French as a race going to be black. He also regarded black people as underdeveloped races and did not even consider them as human. In Paris, human gardens were established near the Eiffel Tower. Hitler also calls the Jews a mushroom race. What does it mean? When there is a mushroom in the garden of a person's house, he dismantles it.
He writes this as a Nazi doctrine in his book "My Struggle" and convinces people at that time. It turns racism into ideology at that time. The German people are superior; they have the right to rule the world. Thus, Western civilization brought racism to fruition.  With this, he took out WWI and WWII. After WWII, the Universal Declaration of Human Rights was proclaimed in 1948, saying racism was wrong and contrary to human rights. But by paying two big prices.”

Despite the fact that racism seems to have been eradicated, it continues socially Prof. Dr. Nevzat Tarhan said on, “It's not in the Constitution of countries, but it goes on socially. For this reason, racism is the perception of civilization. When we say racism, it's only about the human race, so let's not understand biological racism. We can also understand this racism: For example, there is cultural discrimination, racism is assumed. In fact, cultural discrimination is another culture to see as an underestimated culture. For example, Hitler did this. He even took advantage of Darwin when he established the Hitler doctrine.”

Another kind of racism is religious racism Prof. Dr. Nevzat Tarhan said, "That is, one considers one's own religion to be superior to other religions. Those who have this kind of thinking, ‘everyone but except me will go to hell, I will go to heaven. People from my race who are from my religion will go to heaven,’ they say. It's about the idea of God, it's about religious teaching. This is a kind of religious racism, religious discrimination. If you say ‘Christians can't enter here’ in social life, if you say ‘Muslims can't enter’ you are doing racism here. No one can say’ Muslims cannot enter this school'. This is discrimination.”

Nationalism is not racism
Prof. Dr. Nevzat Tarhan “It is like belonging to a nationality, belonging to a family, belonging to a city. But if this beautiful feeling is judged as ‘we are superior nation other nations are secondary’, if people are othered, there is a kind of narcissism here. All forms of racism fall into the concept of narcissism in psychology. One is biological narcissism, the other is nationalist narcissism, the other is social narcissism. There are various kinds of narcissism. In narcissism, one has to consider oneself Special, important and superior, and to despise other people. This is not a healthy situation. There is no healthy society where there this idea is. No peace, no justice. There is narcissism in the posterior psychology of racism.”
Racism can be done without realizing it
Noting that without knowing and understanding what narcissism is, the problem of racism cannot be solved, Prof. Dr. Nevzat Tarhan outed, “Another situation that should be emphasized in racism is this; racism can happen without realizing. There is also hidden racism. The white mother walks with her child and comes across with a black man. The mother takes the child's hand and draws it to herself. She is not aware of this. This is called an automatic stereotype in political psychology. The person with automatic stereotypes is actually afraid of him, doing it because he is afraid. She also discriminates because she is been afraid.”
Discrimination is racism as well
Tarhan said that discriminating against people is also a kind of racism. “This includes all forms of lifestyle discrimination. For example, it is racism to describe an average person in Anatolia by laughing and making fun of him. It would be wrong if it would be a joke and belittled them. This is another kind of racism; it is against human rights. Behind this, there are narcissistic diets, satisfactions. People try to satisfy themselves in this way. These are called occupational thought disorders in psychology. Some people become narcissists of their own profession. They see their profession as a special important superior and they deem others. Racism is more common in society than we had expected. There is narcissism is behind it. In our words, there is a feeling of fussiness and arrogance. But if you fill the room with all evil, its door opens the arrogance, the pride, and the lies.”
There is also the economic dimension of racism in the US
Stating that racism in America is not only biological but also economic, Prof. Dr. Nevzat Tarhan said, "Everyone opposes biological racism but economic racism is quietly approved. Because there's an interest in the center of it, there's been such serious reactions in this latest case, because there's economic racism. The Americans couldn't predict it. However, it currently consumes as much as 5 U.S. and 25 world citizens. American people woke up and reacted. But racism is such a situation that when discrimination persists, enemies happen. Demonization happens when hostility progresses. In some parts of society, there is hatred in the degree of demonization. In America, a simple protest transformed into looting. This is a sociological crisis. The bleeding wound tipped somewhere. Currently, if this situation cannot be read correctly, if income injustice cannot be eliminated, the crisis will explode from a small spark.”
No ethnic racism in Turkey
Noting that racism has not made in Turkey, Prof. Dr. Nevzat Tarhan mentioned, “We do not have economic racism as a state. Racism claims could not be justified because our people know it. As culture and society, we do not discriminate against a black person. Because there is no racism on the street. We, as a society, are on the side that disrupts the game of the game builders. We have mastery in the empire's society. There is no discrimination in the structure of our people. Kurdish, Turkish, Laz (Black Sea Coast Residentials) everyone we live in the same place. The role of the state in this matter is very important. In our culture, there is an understanding that obeys the state and makes it a motto to rely on it. There is no discrimination between our people.”
Sharing culture is racism's biggest enemy
Prof. Dr. Nevzat Tarhan stated that there is a culture of charity in our culture, saying “the culture of sharing is the biggest enemy of racism. It is not piety, wealth, etc. that protects people. It's the accountability that protects people. If a person is able to be accountable to the creator in clear conscience, that person does not fall for these mistakes. Even if he makes a mistake, it's as if an invisible hand, a guardian angel, is protecting well-meaning people from errors. It's called The Secret Psychology Act. Conscience is already a reflection of the creator.”