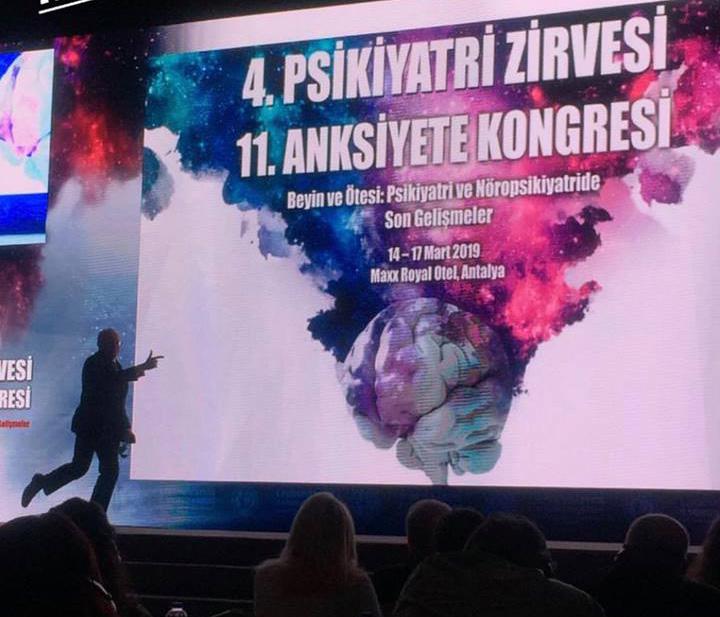 Prof. Stephen M. Stahl, who is a well-known figure in the world due to his work on psychiatry and psychopharmacology, marked the 4th Psychiatry Summit and 11th Anxiety Congress held in Antalya.

Stahl emphasized the success of Üsküdar University of measuring drug blood levels in the treatment of psychiatric patients when there are not many places in the US. Prof. Stahl congratulated Üsküdar University and NPİSTANBUL Brain Hospital because of using new treatment protocols with regards to brain stimulation therapy technology such as TMU, Deep TMU. Stahl praised Üsküdar University due to its strong academic staff.

Üsküdar University and its application partner NPİSTANBUL Brain Hospital are praised for its academic, scientific and health work.

The 4th Psychiatry Summit and 11th Anxiety Congress, which were held between 14-17 March 2019 in Antalya Maxx Royal Hotel, brought together experts from all over the world once again.

The event’s theme was ‘Brain and Beyond: Psychiatry and Neuropsychiatry Recent Developments’ in which many attended from Üsküdar University and NPİSTANBUL Brain Hospital.

American scientist Prof. Stephen M. Stahl, who is a well-known figure in the world due to his work on psychiatry and psychopharmacology, marked the event.

Prof. Stephen M. Stahl shared how prideful he felt while accepting Üsküdar University Honorary Doctorate Degree, praised the work of Üsküdar University and its application partner NPİSTANBUL Brain Hospital in this area for psychiatry and pharmacogenetics. He continued as;

“Drug blood level measurements are very important in the treatment of psychiatric patients. Üsküdar University and NPİSTANBUL Brain Hospital are doing this pretty well. This is a great development as this procedure can be applied in Turkey even though it cannot be conducted in many countries including USA. It is also pleasing to see that advanced technology is used in treatment. Üsküdar University and NPİSTANBUL Brain Hospital successfully accomplishes the application of new therapies such as TMS, deep TMS, deep brain stimulation according to the protocols. Aside from the studies in the field of pharmacogenetics, I congratulate Üsküdar University as they have some of the best academicians in Turkey. Conducting phase 3 drug studies such as Esketamine are exceptional for psychiatry.” 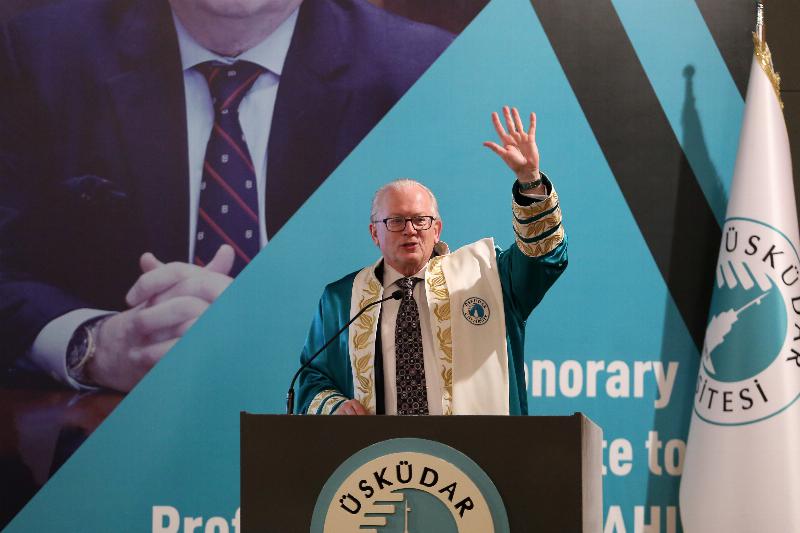 Prof. Stephen M. Stahl stated the following in his speech: “I am honored and impressed. I had great time in this country. This is my second visit in Turkey. My first visit was 14 years ago. I went to Antalya, İzmir, Ankara and now I am in İstanbul.

Moreover, today I am receiving a great attitude. I am treated greatly. I had the chance to visit your hospital and the university. You should know that here is a great place. I am very impressed. Your institutes and hospital are stars and you are rising stars. You should be proud that you are in such a place. Your hospital is spectacular on its own. The programs are great. Your programs on addiction are unique. You have amazing laboratories. Neurosimulation laboratory is very impressive. There is no such institute in San Diego. I envy this actually. You hold the future.” 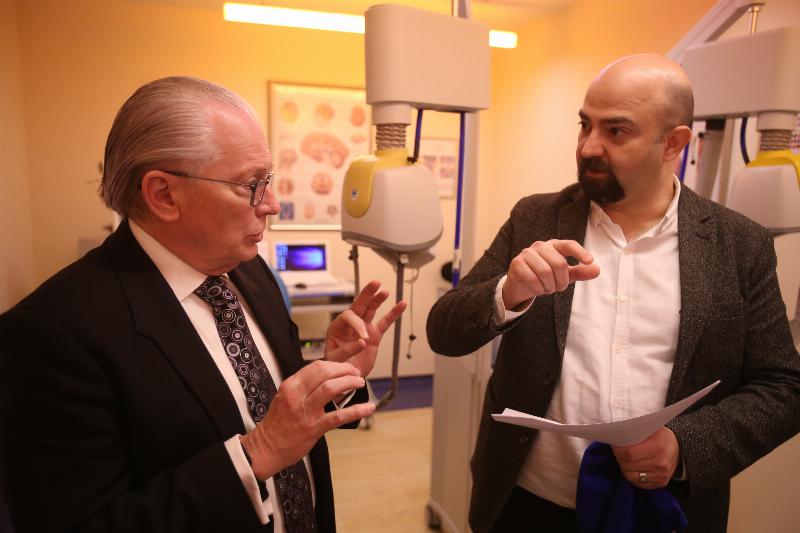 Prof. Stahl visited the floors, neuromodulation center and occupational therapy center. Prof. Stahl mentioned that he is especially fascinated with the Deep TMS and TMS in Neuromodulation Center.

Prof. Stahl stated, “I can say that your hospital is really good, spectacular. I congratulate you for this. It is one of the best I have seen.” Prof. Stahl has also exchanged ideas about treatment methods with psychiatric specialists in the hospital.